Shopify Inc. has invested in Bench Accounting Inc., a Vancouver virtual bookkeeper for small businesses, marking the latest in a string of investments by the e-commerce giant in companies that serve its more than 1.7 million merchants.

Shopify is part of a US$60-million venture capital funding led by existing Bench investor Contour Partners, along with other past backers Altos Ventures and Inovia Capital, and another newcomer, British small-business software giant Sage Group. Bank of Montreal also provided an undisclosed amount of debt, which accounts for a minority of the funding. Bench had previously raised US$53-million.

Ottawa-based Shopify has emerged in the past year as one of Canada’s leading corporate venture-capital funders, alongside Telus Corp. , Power Corp. and Loblaw Cos. Ltd. Shopify picked up lucrative stakes in Global-E Online Ltd. and Affirm Holdings Inc. before both service providers for e-commerce merchants went public earlier this year. Shopify has also backed Toronto’s Swyft Technologies Inc., an online platform provider that facilitates same-day deliveries for sellers, and merchant financing marketplace Pipe Technologies Inc. Shopify also disclosed recently an investment of US$200-million during the first quarter in an unidentified partner in its ecosystem.

“Strategic investments are part of our overall strategy as we continue to power global commerce and entrepreneurship,” a Shopify spokeswoman said in a statement. “We invest in companies and technologies in our ecosystem that align with our mission and whose success at scale could positively impact our merchants.”

Is Canada in line to be the next Silicon Valley?

Bench streamlines the accounting process for 11,000 U.S. small businesses by automating much of the intake, categorization and processing of financial data to prepare their accounting statements and file their taxes. But its human bookkeepers also review discrepancies and review the statements before they’re sent to customers.

By using software, Bench has been able to roughly triple the number of clients per bookkeeper on its staff to nearly 70 – a number it plans to increase to more than 100. Fees range from US$249 to US$479 a customer per month. Its competitors include Boston-based Botkeeper Inc. and San Francisco’s Pilot.com Inc., which raised US$100-million this year from Sequoia Capital, Bezos Expeditions and others.

Like many online companies, Bench encountered initial challenges at the start of the pandemic before rebounding even stronger than before. Bench saw new client additions drop by 50 per cent last March, stoking fears it would run out of money within months. The company laid off about 10 per cent of its then-460 person staff that month. “The beginning of the pandemic was terrifying,” said Bench’s 34-year-old co-founder and CEO Ian Crosby, who moved the company to his native Vancouver in 2013 soon after launching it in New York (Bench is a Delaware-incorporated entity).

But Bench quickly shifted its focus to create tools – including blog posts and webinars – to help small businesses navigate and apply for help through the hastily enacted U.S. Paycheck Protection Program. Bench became a leading information source as visits to its website jumped tenfold to one million in April from the previous month. Many visitors became clients.

By mid-April, Bench was growing at a faster clip than the roughly 35-per-cent year-over-year growth it experienced early in the year. It brought back laid-off employees and kept hiring, and now has 650 people to serve the 3,000 extra clients it has added since early 2020. Mr. Crosby said revenues in the 12 months through the end of March, believed to be in the US$40-million range, were up 50 per cent year over year, and he expects growth of 60-plus per cent this year.

Unlike other online companies serving small businesses, Bench has steered away from trying to serve all needs of its customer. Instead, it is positioning itself to be the accounting partner of choice within other small-business online platforms, including invoicing specialist FreshBooks of Toronto. Mr. Crosby said 70 per cent of its customers have come from five such platforms in recent years. The partnership strategy “has been a very strong driver of customer acquisition” for Bench, Inovia partner Shawn Abbott said. “The strategy with this capital raise is to expand those partnerships as the primary customer acquisition vehicle.”

Bench’s press release refers to its “integration with Shopify, Stripe” and others, but Mr. Crosby declined to comment, saying only “there’s definitely things we’re going to be working on and talking about down the road. There are lots of companies that start with ‘S’ that we’re planning to work with.” 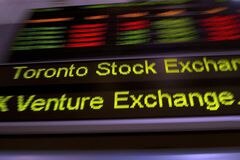 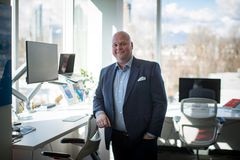 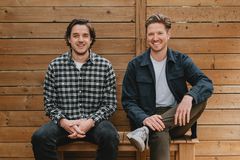