Ottawa-based Shopify Inc. debuted on the Toronto and New York Stock Exchanges in May, 2015, and is now Canada’s largest technology company by market capitalization. On Tuesday CEO and co-founder Tobi Lutke spoke with The Globe and Mail after the company reported fourth-quarter earnings. The following is an abridged excerpt of their conversation.

Q: Shopify’s stock traded down for several hours after you issued fourth-quarter earnings (it ended the day up 1.4 per cent). What do you think the market didn’t like initially?

A: I don’t think it was a reaction to the results at all. Wall Street is playing a game of ‘Guess the real market value of a company.’ They have convinced themselves [and driving] the price up a lot [ed note: Shopify stock had increased by 25 per cent since the start of 2019]. That’s what’s going on. Day-to-day fluctuations of markets are not a signal. It’s just oscillations. I actually have not looked at the stock price today. It just doesn’t matter much. [Shopify] is now the fastest growing software-as-a-service company at the billion-dollar mark ever. We tend to not spend a lot of time celebrating victories, especially financial ones, but that’s a pretty stunning statistic. [In Shopify’s early days when we were raising money] a lot of people said, ‘Well, your market isn’t big enough.’ I remember that like it was yesterday. Now we have 820,000 businesses on the platform.

Q: You started out selling your e-commerce software to small and medium-sized businesses but now increasingly sell your service to larger companies and brand-name merchants and are gaining customers from more conventional enterprise platforms [like Oracle’s Commerce Cloud]. Could you see Shopify moving more into offering a full enterprise commerce platform?

A: That’s kind of happening now. I don’t think Shopify is a traditional e-commerce system, it’s kind of a better approach to the same problem set. We have General Mills, Johnson & Johnson, Procter & Gamble, Steve Madden, Nestlé – all these folks are on Shopify. We just went at this space building really good software that can take people from the formation of a business and still support massive success stories that we find on the platform. Along the way we built something that solves the problems of the larger guys better as well, so they are increasingly adopting Shopify Plus [the company’s offering for larger merchants]. We don’t really go after markets but we solve problems. In a weird way we’re not actually competing with [established enterprise software players], we are actually reducing their market size. We’re just converting this market into seeking different software. I think that’s the best way to compete. It’s more of a game of disruption than capturing market share.

Q: What are the key markets for you internationally outside your core markets of North America, the U.K. and Australia?

A; Germany, France, Singapore and Japan are the other core countries [where] we put our flags last year and saw a lot of uptake. We’re translating into more languages. A lot of last year was capability-building, just being able to translate Shopify. It was a really big project – hundreds of thousands of sentences and words that had to be translated. We started it at the beginning of last year and by New Year’s Eve we had 100 per cent of Shopify translated into the five languages we chose. Now the infrastructure is built and getting more language online is quite simple for us and doesn’t require as many engineering resources.

Q: For Amazon to increase its value over the years it had to morph from selling physical books, music and videos to offering not only the digital version of those products but becoming a substantially different company by moving into cloud hosting, voice assistants, food retailing and more. Do you see Shopify having to evolve well beyond its core of offering a commerce platform for small businesses to continue growing quickly in the years to come?

A: Arguably, if you just look at Shopify in the rearview mirror it started out as online store software, then we [offered] payments and we figured out this multichannel kind of thing. And in a lot of ways, [in] all these other areas [such as merchant financing, fraud protection and other services now offered by Shopify], I think you’re witnessing this broadening that you are alluding to, in real time. We feel an ownership of the entire entrepreneurial process. I don’t see us pivoting from that in the foreseeable future. But this is a huge space. We are trying to be as much an institution in this space as we can, advocating to engage in this, building the software that powers a significant percent of commerce and taking a very global view to that. That’s plenty to do for the next little while.

Q: You now offer payments, merchant financing and fraud protection to your customers. Is it fair to say Shopify is becoming more of a financial services firm?

A: No. Well, I mean, I would have to look up if there is a specific definition for what that means. We have not gone in any of these things because of revenue objectives. We wanted to give people payments directly, frankly, because the banks are not doing their time-honoured jobs any more of giving loans to small businesses because it’s less work to them to give a ton of money to those who barely need it. So we picked up the slack and give advances to entrepreneurs. It’s about friction-removal. That is part of the reason why we have these 820,000 merchants, because we’ve removed so much friction.

Q: You’ve made some acquisitions but to date they’ve been fairly minor and your CFO Amy Shapero said the company could look to spend some of its $2-billion in cash and marketable securities on mergers and acquisitions. Could we see Shopify making larger and larger acquisitions going forward? You have enough to pull the trigger on a billion-dollar deal if you wanted to.

A: I think the optionality is super valuable. You’re right, if there’s the right kind of company to buy for $1-billion right now, we could do it like that, which is an incredible situation to be in. I’m optimizing for being in the best possible situation of optionality rather than trying to pre-finance some kind of deal I want to do. We intend to use the money at some time. It’s cool to have it because it gives us optionality and a significant amount of freedom.

Q: How do you feel about growth by acquisition? Many corporate leaders are cautious about making acquisitions whereas others seem to have a knack for it.

A: I’m very cautious. I think the technology industry is not good at M&A [mergers and acquisitions]. Some people say there have only been five good M&A deals in the entire tech [industry]. I want to be conservative and add to the good-deals column, which I think is much rarer than most people realize. One thing we will not do is corporate M&A, big-game hunting which some companies seem to be engaged in, because that turns you into a different kind of company than we are. When we engage in M&A, we will do it to speed up our existing roadmaps, not add revenues. 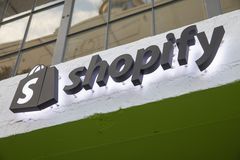