Sidewalk Labs has agreed to a smaller-scale version of the ambitious high-tech waterfront community it proposed for Toronto in June, according to a senior Ontario government source, setting the scene for a crucial vote Thursday morning by the board of Waterfront Toronto.

After months of negotiations with the Google sister company, the waterfront agency sent a letter to Sidewalk Labs on Monday outlining the final terms to proceed with the project, a source close to the discussions said. The Globe and Mail is keeping these sources’ identities confidential because they were not authorized to speak on the matter.

A spokesperson for Sidewalk Labs said they were unable to confirm that it had agreed to the terms of the letter.

The Globe first reported Tuesday that negotiations had come to focus on the 12-acre site that Sidewalk was first granted the right to plan in 2017, rather than the 190-acre site it asked for rights to in June. The terms that Waterfront’s board intends to vote on Thursday also include strong guarantees for the privacy of those in that community, and allow a greater ability for Canadian entities to profit from its innovations.

Two sources close to the negotiations said the letter also said Sidewalk would get no guarantees from governments that long-delayed light rail in the eastern waterfront area would move forward more quickly – an issue that Sidewalk has long said is an incentive for the company to go ahead with the project.

An agreement between both parties Thursday would not put shovels in the ground, but rather give Waterfront the opportunity to further scrutinize the finer details of Sidewalk’s proposals. A final vote would be expected in March, 2020. But in August, the parties agreed to amend their most recent partnership agreement so that it would expire at the end of Thursday if they did not come to a consensus on details such as the project’s scale.

Monday’s letter laid out Waterfront’s final expectations for the Sidewalk partnership, reflecting the frustrations the agency’s chair, Stephen Diamond, has expressed about Sidewalk’s June demands. That month, when Sidewalk published its draft master plan, Mr. Diamond called those demands “aggressive." The company had asked for the right to deploy technology and help plan a site 16 times the size of the property it had original won a contract to plan.

Sidewalk was first announced as the partner to develop the 12-acre “Quayside” site at the foot of Toronto’s Parliament Street in October, 2017. It wanted to build a community “from the internet up,” deploying new technologies and sensors across the neighbourhood – sensors that, in turn, could determine patterns of city life that would beget even newer urban innovations.

Criticisms of the project, however, quickly built up as people began studying the privacy and profit implications of this kind of urban planning.

Ann Cavoukian, the former Ontario privacy commissioner whose framework for data protection is recognized as a global standard, quit a paid advisory position with Sidewalk Labs a year ago after the company couldn’t give her assurances the whole community would adhere to that framework. Intellectual property lawyers and experts, meanwhile, worried that the original proposal might not have given Canadians a fair share of profits from innovation in the community.

Those concerns only increased in June when Sidewalk published the draft master plan. A group of IP experts told The Globe in June that the proposal – which said Sidewalk would share 10 per cent of the profit from some technologies developed, tested or piloted there with governments for a 10-year period, with further terms to be negotiated – was unfair to Canadians.

The much broader scope of the June draft plan also raised the ire of politicians such as City Councillor Joe Cressy, a Waterfront Toronto board member. “When it comes to the broader Port Lands, those lands are not up for sale,” Mr. Cressy said then of the largely city-owned land. 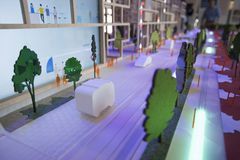 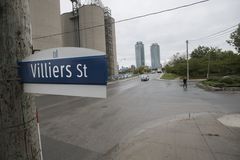