Sidewalk Labs is forming an advisory council of Canadian executives and urbanists “to provide advice and input” on its plans to build a digital-first, sensor-filled Toronto waterfront community, reigniting debate about the project’s consultation process.

The urban-planning firm has been sending invitations to private-sector, not-for-profit and academic leaders to form a council that would meet quarterly to provide feedback as it builds out plans for the eastern-waterfront “Quayside” project – with a first meeting scheduled for Oct. 17. Sidewalk is a subsidiary of Alphabet Inc., the parent company of Google and one of the world’s most influential technology companies.

“We know we still have lots to learn about this great city, and if our vision is going to succeed, we need help from those already shaping its future,” reads the invitation, a version of which was posted online this week by Bianca Wylie, an open-data advocate and critic of the project.

Opinion: Sidewalk Toronto is a smart way to build a neighbourhood

While Sidewalk confirmed the accuracy of the invitation, the firm would not disclose who it has invited, or the names of those who have accepted or declined positions. But at least one well-known urban thinker has already signed on.

"I want to see this project work for our city. Yes, there are concerns about privacy and transparency, but these can be addressed in a robust public process. And I trust our governance institutions to be up to the task,” said Richard Florida, director of cities at the Martin Prosperity Institute at the University of Toronto. He said that Sidewalk, in conjunction with Canadian startups, artificial-intelligence infrastructure and work from institutions such as the Creative Destruction Lab and the University of Toronto’s new School of Cities, “can position our city and region as a world class hub for urban tech.”

But critics warn that the company is circumventing what they believe should be a more public-facing engagement process in developing the firm’s proposed community. “They’re borrowing from people’s reputations to legitimize their mysterious work while they evade our direct questions about data, tech, and their business plans,” Ms. Wylie said in an e-mail.

Sidewalk spokesman Dan Levitan presented the panel as a chance to seek greater input from a “broad cross-section of leaders” in the project’s planning process. Addressing criticisms, including from Ms. Wylie’s blog post, he said “the fact that our opponents find fault in even having this dialogue tells you everything you need to know. If these conversations were not happening, they would be criticizing us for that.”

The panel would be separate from the developer-heavy board of directors that oversees Waterfront Toronto, the tripartite government agency that has partnered with Sidewalk to redevelop the five-hectare site. It would also be separate from Waterfront’s Digital Strategy Advisory Board, a group of Canadian privacy and data experts that has seen two high-profile resignations, the most recent of which came last week. Both of those panels report to the government-run agency, as opposed to the American-owned company Sidewalk.

Michael Geist, interim chair of Waterfront Toronto’s Digital Strategy Advisory Panel, said he only became aware of the new advisory panel when he saw Ms. Wylie’s blog post. Kurtis McBride, a member of that same panel, said he turned down an invitation. “I’m already on a panel dealing with this exact topic,” he said in an interview. “It felt inappropriate to me there would be a second panel.”

Asked if Sidewalk believed the two groups would tread the same territory, Mr. Levitan said the firm’s advisory council would “discuss a range of topics on a project-wide basis. We do not view them as redundant.”

Julie Di Lorenzo, the Toronto developer who left Waterfront Toronto’s board of directors last summer over concerns about its partnership with Sidewalk Labs, said it was surprising that Sidewalk would strike a council separate from the government agency’s endeavours. “I know the [project’s plan-development agreement] like the back of my hand,” she said in an interview. “It is very explicit that there are joint communications – meaning that Waterfront Toronto and Sidewalk are supposed to be doing things together.”

Waterfront Toronto did not respond to multiple requests for comment. 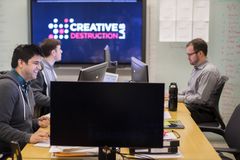 Opinion
Sidewalk Toronto is a smart way to build a neighbourhood
October 9, 2018 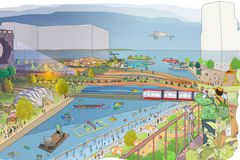