The silver market is the latest to experience incredible volatility after retail investors incited by promotional posts on social-media site Reddit bid up the prices of the precious metal and silver miners.

One post on the Reddit group WallStreetBets implored investors to inflict “THE BIGGEST SHORT SQUEEZE IN THE WORLD” on the silver market and suggested investors could bid up the price of the precious metal to US$1,000 an ounce from US$25.

“Silver Bullion Market is one of the most manipulated on earth,” the user who went by the name u/jjalaj30 posted. “Any short squeeze in silver paper shorts would be EPIC.”

On Thursday, shares in Canadian silver miner First Majestic Silver Corp. surged by as much as 50 per cent in early trading while the prices of exchange-traded funds that track physical silver bullion increased by up to 7 per cent.

In a release on Thursday morning, Vancouver-based First Majestic said there was no material news that would account for a surge in price and trading volume in its shares.

Other silver companies also rose swiftly after trading began, with Endeavour Silver Corp., Pan American Silver Corp. and silver streaming company Wheaton Precious Metals up 22 per cent, 14 per cent and 12 per cent, respectively. But after surging early on, all of the stocks lost a big chunk of their gains.

The silver market is volatile after days of similar dislocation in companies such as BlackBerry Ltd., GameStop Corp. and AMC Entertainment Holdings Inc., whose shares earlier in the week were driven up by wildly speculative bullish chatroom posts. Many of those same stocks plummeted on Thursday after some trading platforms limited trading in the companies.

“Some poor idiot, probably sitting at home in his basement, in his sweatpants, paid $482 a share for GameStop and maybe that was his rent money,” said David Baskin, president of Toronto-based high-net-worth money manager firm Baskin Wealth management.

“Now he’s lost half his money in one day.”

In the volatility over the past few days, some Wall Street hedge-fund managers lost huge amounts of money as they scrambled to “cover” short positions on the targeted stocks.

When a stock is shorted, one investor borrows shares from another and sells it right away hoping the price will plummet. If the trade goes well, the hedge fund later buys the stock back at a much lower price and returns it to the original investor, thus making a substantial capital gain. But if the price of the company being shorted rises, hedge funds can lose massive amounts of money quickly. Furthermore, when investors buy back shares to close out the trade, it can cause the price of the stock to accelerate even more.

The silver post on Reddit that ignited the market on Thursday generated thousands of comments and many were giddy at the thought of inflicting financial pain on Wall Street investors.

One participant in the chatroom called pizdets17 wrote “Crash JPMorgan, buy $SLV,” suggesting that bidding up the price of silver would inflict losses on Wall Street investment banks such as JPMorgan Chase & Co..

“Frankly I don’t know why this is legal,” Mr. Baskin said. “How this differs from a mining stock pump and dump I’m not really sure.”

While blatant manipulation of the share price or a company is illegal under securities laws, it is unclear whether there are firm legal grounds to take action against individuals making anonymous posts on internet chatrooms.

Lawrence Ritchie, partner with Osler, Hoskin & Harcourt LLP, and former vice-chair with the Ontario Securities Commission, said regulators weighing taking action would have to consider whether the participants are exercising their free speech rights by expressing an opinion on a stock or, instead, colluding in order to expressly manipulate the share price of a company.

“A lot of it will depend on what the intent of the parties are,” he said. 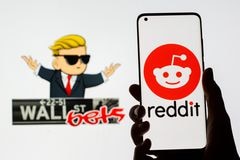 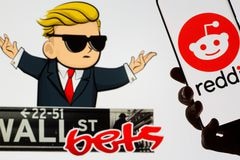 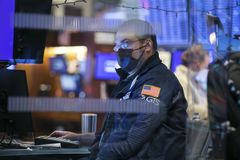 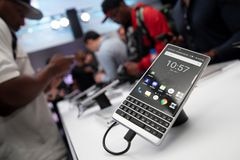 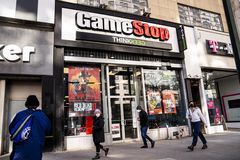