Tens of thousands of single parents are being left behind in Canada’s labour recovery, highlighting the challenges of juggling child care and employment in the pandemic.

As of November, about 41,000 fewer single parents of children under 6 were employed, a decline of 25 per cent from a year earlier, according to Statistics Canada data. Nearly 30,000 of those are single mothers, who greatly outnumber single fathers.

Worse yet, single parents have seen scant progress since the summer, despite a broad-based return of work. That’s left them with much different outcomes than two-parent households.

By September, mothers and fathers over all were back to precrisis levels of employment, Statscan said, thanks largely to the reopening of schools and daycare. (Many employed parents – especially moms – are still grappling with the loss of work hours because of COVID-19.)

For single parents, however, it’s tough to envision an imminent rebound.

Job creation has shifted into a slower pace as the pandemic wears on. Furthermore, employment levels are poised to backslide this winter as provinces look to curb virus transmission with new restrictions, setting up a particularly brutal stretch for job seekers.

The result is that tens of thousands of single parents are staring down chronic unemployment, raising the risk of long-term financial damage.

“The single parents here do stand out,” said Tammy Schirle, an economics professor at Wilfrid Laurier University. “It’s not an easy juggling act they have going on.”

From a scheduling standpoint, COVID-19 has thrown parents for a loop. Most recently, several provinces have started the year with a delay in the reopening of classrooms and children doing online learning at home, a move that’s complicated the lives of all parents. Work flexibility is a prized asset, but can be tough to come by.

“That type of juggling is not something that most employers are prepared to accommodate,” Prof. Schirle said. “And if you have two parents, you’re probably going to be able to manage that at least a little bit better than one parent on their own could.”

Erika of Toronto found out the hard way. (The Globe and Mail is not publishing her full name because she’s concerned about future employment.) A single mother by choice, she was laid-off by a startup as COVID-19 escalated in March. She quickly transitioned into a new job that allowed her to work from home – a necessity for raising a three-year-old on her own.

The arrangement didn’t last for long. Once daycares had reopened, Erika’s employer wanted her in the office. She asked to remain a remote worker, needing that flexibility. Soon after, she was let go. Her employer cited less need for staffing, but Erika suspects her parenting needs played a role.

“To be let go after asking for an accommodation,” she said, “it was a bit of a blow.”

She’s hardly alone. Employment outcomes differ greatly between two sets of single parents: those who are separated or divorced, and those who were never married. Based on Prof. Schirle’s analysis, the former group has recovered quite well. It’s the never-married group that is struggling.

Past income data may indicate why. A large portion of single parents who are divorced or separated share custody, and many send or receive child-support payments. With a bigger pool of funds, this group is much more likely to rely on formal child care. Simply put, the divorced or separated have more options for dealing with parenting curveballs – and that appears to be helping them retain or recover employment in the pandemic.

On the other hand, single and never-married parents rely more on informal types of child care, such as family and friends. “You can imagine right now that it’s not as safe to have Grandma coming over to watch the kids when you need to run off to work,” Prof. Schirle said.

Heading into 2021, a major concern is the potential scarring effects of long-term unemployment. Typically, the longer someone is out of work, the tougher it is to land their next job. But in a pandemic with mandated shutdowns, it’s unknown if employers will look past gaps in résumés.

“Where I would be concerned is that you see this group of single parents, who are sole parents on their own, not making it back as fast as other people are,” Prof. Schirle said. “And employers may or may not read something into that.”

Even for the employed, the current situation is challenging.

Sue, a single mother in Mississauga, was out of work when the pandemic hit. (The Globe is likewise not publishing her full name over job concerns.) She landed an office-administration job in October – but total compensation is a mere 30 per cent of her past career. She’s looking for another role, but juggling full-time hours and parenting doesn’t leave much time for job applications.

“Parenting is tiring, even if you’ve got a full household and two parents,” she said. “To work and to parent and to job-search is a lot.”

Sue has settled on a strategy for her job interviews. “I’m trying to learn how not to bring my child up in interviews,” she said. “As soon as daycare comes up, there’s a chance of a bias where they will think it’s easier to employ someone that doesn’t have a child.”

Erika has key requirements for her next gig. When contacted by recruiters, she mentions a preference for remote work. And at the interview stage, she asks whether the work can be completed at different times of the day, giving her some much-needed flexibility.

“I need an employer that can work with me, that doesn’t create extra stress,” she said. The employer should “understand the value that I bring as an employee, but also that I am more than just an employee, right? I’m a parent. I’m a person.” 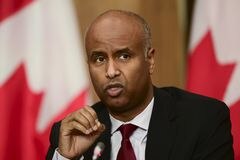