BRP Inc. thinks it can sell more Sea-Doos and off-road vehicles as people stay home during the novel coronavirus pandemic. The question is whether enough potential customers hold onto their jobs.

As the COVID-19 pandemic ripped hard into its business by forcing factory closures and disrupting product deliveries, the Valcourt, Que.-based power sports equipment maker swung to a $226-million loss for its latest quarter, compared with a $24-million profit in the same period last year. The company expressed optimism that stimulus measures taken by governments and central banks will filter down to their customers and continue to fuel the healthy demand seen in early May.

“There is obviously a lot of money in the system,” BRP chief executive José Boisjoli said on a conference call Thursday, adding that global travel restrictions and physical distancing will also benefit the company as people look for activities that can be practised closer to home.

“This phenomenon is there. We can see it, we can feel it,” Mr. Boisjoli said. “On the other hand, we cannot ignore that the unemployment rate is going up, consumer confidence is low and housing starts have reduced. All of this at one point will catch up. We feel pretty confident for the next few months. But how this will play on the second half of the year is a bit difficult to predict.”

BRP revenue for the three months ended April 30 fell 8 per cent to $1.23-billion as the company shut down plants in Canada, Mexico and Europe in March under government-mandated isolation orders. Many of its dealers were also closed.

As economies have begun opening up in recent weeks, BRP said demand for its products has surged in the United States, its biggest market. First-time buyers are making up an increasing portion of customers, according to a company survey. Dealers are also in good shape and none have defaulted on their financial obligations, the company said.

Whether that sales activity lasts remains to be seen. The economic damage from the COVID-19 pandemic continues to tear through the U.S. with a record 40.7 million people filing for jobless benefits since March 21. Claims are falling over time but remain at astonishingly high levels, suggesting it could take the economy a while to rebound as businesses reopen.

Having no job typically translates into no extra money for things that BRP sells, such as the all-terrain vehicles and watercraft.

What will happen in countries other than the U.S. is also unclear. In two other big markets, Asia and Europe, confinement measures were more severe and so, too, is the aftershock, BRP finance chief Sébastien Martel said.

“We’re not seeing the pickup that we’re seeing in the U.S. in terms of retail,” Mr. Martel said.

BRP has not released a formal financial outlook for the year but said Thursday that it’s bracing for a 40-per-cent drop in total revenue from the May-to-July period compared with the same three months a year ago. Assuming countries do not plunge back into confinement if a second wave of COVID-19 illness hits, there should be a maximum 20-per-cent revenue decline for the second half of the year, BRP said.

BRP has laid off factory workers, cut spending and lowered pay for executives and office staff in response to the health crisis. On Wednesday evening, the company said it would discontinue production of its Evinrude outboard engines immediately because the business has been “greatly impacted” by COVID-19.

Evinrude was a money-losing operation and the company saw no clear path to make it profitable, BRP executives said. The Sturtevant, Wis., plant where the motors are made will be repurposed for new marine-related projects.

Some 650 workers will lose their jobs as a result of the decision, company spokesperson Elaine Arsenault confirmed. That’s about 5 per cent of BRP’s global work force.

BRP reported a net loss of $226.1-million or $2.58 a share for the quarter ended April 30. The company recorded a non-cash impairment charge of $171.4-million on its marine business as it reassessed the value of the three boat companies – Telwater Pty Ltd., Alumacraft Boat and Triton Industries Inc. – that it acquired over the past two years.

BRP was spun out from Bombardier Inc. in 2003. It is controlled by U.S. private equity firm Bain Capital and the founding Bombardier-Beaudoin family. 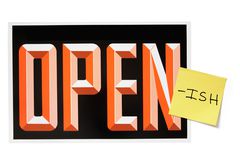 As pandemic batters corporate cash flows, which companies will be forced to slash their dividends?
Subscriber content
March 31, 2020 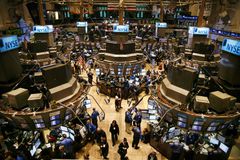