Small businesses still lag far behind medium and large enterprises in the amount of pandemic-related wage subsidies they are receiving, despite changes over the summer that eased eligibility rules and increased payments for the hardest hit companies.

That is part of a larger pattern of payments under the Canada Emergency Wage Subsidy program running well behind the government’s cost projections, amid complaints from businesses that the application process is overly complex and that its slow start meant that many companies had already laid off workers by the time it came into force. The government announced during this week’s Throne Speech that it will extend the CEWS through to the summer, but it is so far not spelling out what other changes it may introduce to boost participation. Outside observers have lots of suggestions.

Data released by the Canada Revenue Agency on Wednesday show that small businesses, defined as having 25 or fewer employees, received 28 per cent of $2.3-billion in subsidies for the period of Aug. 2 to Aug. 29. Medium businesses with 26 to 250 employees received 52 per cent of the total, while large companies with more than 250 employees received 19 per cent. (A small amount was also paid to companies whose size was not categorized.)

That split holds relatively steady from the inception of the program in mid-April through to the most recent period. And small business is at a similar disadvantage based on the number of employees subsidized, with employees of smaller companies making up 25 per cent of the total in the most recent claims period of Aug. 2 to Aug. 29. Medium businesses accounted for 53 per cent of subsidized employees; large businesses, the remaining 22 per cent. Again, those proportions have been mostly constant since the start of the program.

Overall, the dollar amount of subsidies is running well below the government’s $82.3-billion projection in its limited fiscal update in July. As of Aug. 29, less than half of that amount, $37.4-billion, had been disbursed. But there is an important caveat: Businesses can apply for subsidies retroactively, so the amounts claimed for spring and summer months will most likely rise.

For companies that do not need the cash immediately, it can be advantageous to delay an application in order to pick the method of accounting that will generate the largest subsidy, a choice that the regulations leave with the applicant. “Some have chosen to sit and wait,” said Stefanie Morand, a partner in the tax group at McCarthy Tétrault LLP.

But business groups largely agree that demand for the program has been low, hurt by several factors, including the delay in its launch and the growing complexity of its rules. Applications to the CEWS program were not up and running until late April, weeks into the pandemic, and weeks later than the launch of income supports for individuals. That meant the hardest hit businesses – often, smaller companies – often chose to lay off employees rather than gamble on government support eventually materializing.

Dan Kelly, president and chief executive officer of the Canadian Federation of Independent Business, said that only 40 per cent of his members have returned to prepandemic staffing levels, with a survey indicating that it will take 17 months on average for a complete rebound in employment. “We still have a long way to go,” he says.

Grant Bishop, associate director of research at the C.D. Howe Institute, said the relatively small share of subsidies flowing to smaller businesses can be explained in part by the fact that the sectors hardest hit in the early days of the pandemic – retail, tourism, culture and hospitality – are dominated by small companies. A lesser factor, he said, could be timing, with entrepreneurs focusing on keeping their businesses afloat in the short term and delaying their applications for subsidies.

Mr. Kelly and other business leaders praised the federal government for extending the wage subsidy program. But more changes are needed to make it function better, and make it more attractive for businesses to use, he says. One big change: eliminating or at least delaying the planned gradual decrease in subsidy levels that was put in place in the summer when the government extended the program to December from September. The maximum subsidy is set to decline to 45 per cent in December from 85 per cent in August, for example.

Other programs, such as direct support for companies forced to shut down because of public-health requirements, will also be important, he notes.

Leah Nord, senior policy director at the Canadian Chamber of Commerce, said her organization is pushing for a “simple, certain and significant” wage subsidy program that provides an easy way for the largest number of businesses to qualify and apply for support. Under that approach, the government would scrap the tiered approach it adopted in July in response to complaints that the original criterion of a 30-per-cent drop in revenue was too restrictive. Those changes expanded the number of firms eligible for payments, but also increased the complexity of regulations.

Ms. Morand of McCarthy Tétrault agreed that the rule changes of July increased complexity, pointing to the example of “extraordinary items” being excluded from gross revenues for the calculation of subsidy levels. The problem? That is a new term not tested in tax courts, creating uncertainty as to what might qualify as a legitimate deduction.

Ms. Nord said the government should return to a single cut-off point, but at a much lower level. That way, it could achieve both simplicity while ensuring that significant subsidies were disbursed to a large number of businesses.

Other observers, including Unifor, have urged the government to include non-salary compensation such as pensions and benefits when calculating subsidies, arguing that their exclusion leads some employers to lay off workers that could otherwise be kept on the payroll. Ms. Nord noted that introducing that kind of change could add complexity to the already complex subsidy process.

The chamber is urging one other change that would not only boost the participation of small business in the subsidy program, but would also help the government achieve its goal of supporting the re-entry of parents, particularly mothers, into the work force. Ms. Nord said the government should allow companies to include child-care workers in the subsidy program. That change, she said, would smooth the return of female entrepreneurs to their businesses. 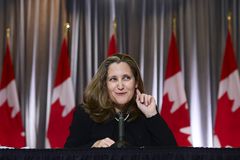 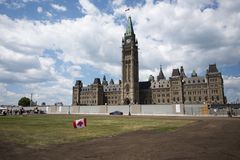