SNC-Lavalin Group Inc. wants to work with governments in Canada to speed up their spending on infrastructure as concern builds among industry players that public sector authorities will act too slowly to help fuel an economic recovery.

The Montreal-based engineering giant has started to approach government officials at all levels to help it quickly identify and accelerate high-impact projects that would stimulate the Canadian economy, SNC-Lavalin chief executive Ian Edwards said in an interview Wednesday. It hopes to sell its new service, called Acceleration to Shovel-Ready Infrastructure, to foreign governments as well.

The 2008 financial crisis and other emergencies such as the COVID-19 pandemic have shown that governments are willing to push forward infrastructure investments but that they’re not always successful in getting projects off the ground expeditiously, Mr. Edwards said.

“In Canada specifically, by the time we got projects to shovel-ready, the crisis was kind of almost over,” Mr. Edwards said. “I think we have a good industry. I think we have a good public-private partnership policy in infrastructure development that we can build on. So there are a few positives here. But we’ve got to have a focused attempt to pick the right projects and accelerate them through.”

The SNC-Lavalin CEO’s comments echo those made two weeks ago by his counterpart at engineering firm WSP Global Inc. Alexandre L’Heureux told The Globe and Mail in a separate exchange that senior political leaders in various countries understand the urgency of using construction spending to stimulate their economies but he questioned how fast they will be able to put that money to work.

“All that we hear about is a quick recovery given that stimulus that has been announced around the world and subsidies for both public- and private-sector workers. But I tend to be a bit more pessimistic,” Mr. L’Heureux said. “I believe it’s going to take more time than what people may think.”

There are more than 10 major projects in Canada under development that could be sped up and would move the needle economically, Mr. Edwards said, without offering specific examples. He said technology is key to that process and that companies will have to increase their use of it to deliver on contracts.

“I think we’re at a pivot point here in the evolution of the industry,” Mr. Edwards said. “Because technology is available. I mean you can build any building, bridge, power plant absolutely virtually. You can optimize it to make it as carbon-low as is physically possible and then you can build it.”

Mr. Edwards has been at the command of SNC-Lavalin for roughly one year. The British-born operations expert was first named provisional chief executive last June after the abrupt departure of Neil Bruce; Mr. Edwards was made permanent CEO four months later, with the board saying he acted “swiftly and decisively” to reverse the company’s slide and open a path back to growth.

The company struck an unexpected deal to settle criminal charges against it in December, buoying hopes that the firm would finally put its legal trouble behind it and regain consistent profitability and cash flow. Under the agreement with federal prosecutors, SNC-Lavalin’s construction division pleaded guilty to a single charge of fraud related to past activities in Libya.

Now, Mr. Edwards faces a new test as he tries to push SNC-Lavalin forward. The CEO and his team are trying to steer the company into more consultancy and project management-type work while closing out billions of dollars worth of higher-risk construction contracts. SNC-Lavalin is being hurt by continued weakness in its oil and gas business in particular, made worse with the recent collapse in global oil prices and COVID-19 pandemic.

The health pandemic won’t derail SNC-Lavalin’s corporate reinvention but could delay certain elements of it, such as exiting construction projects in resource industries, Mr. Edwards said. He said the company continues to win new work but that some parts of the world are more difficult than others.

SNC-Lavalin has seen the biggest impact to its business in the Middle East, where governments and private sector clients are acting more cautiously on spending and even cancelling some projects, he said. The region accounts for about 15 per cent of total revenue.

“We’re pretty optimistic about the business mix that we have [over all] and how it’s transpiring. But I mean, it’s early days. I wouldn’t for a minute say the impact is zero. And I wouldn’t even make an assessment as to what this year really looks like based on what we’re seeing so far.” 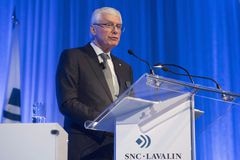 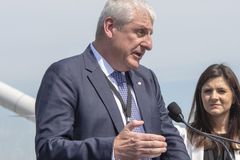 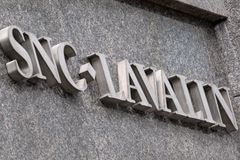