Canada risks worsening its reputation on international corruption because of federal prosecutors’ decision to drop a bribery charge against SNC-Lavalin Group Inc. as part of a deal that allowed a company unit to plead guilty to one count of fraud, experts say.

As a signatory to the anti-bribery convention drafted by the Organization for Economic Co-operation and Development, Canada faced pressure from the organization to adopt rules in 2012 automatically prohibiting any company convicted of foreign bribery from receiving any public contracts from Ottawa.

That ban likely explains why lawyers for SNC needed to negotiate the settlement, announced on Wednesday, that dropped the bribery charge against the company, said Alexandra Wrage, an anti-bribery expert based in the United States. There is nothing in Canada’s procurement policy that debars companies from public contracts if they are convicted of fraud, however, unless the fraud is against the federal government.

“It does set up potential friction with the [Organization for Economic Co-operation and Development] and its insistence on automatic debarment,” Ms. Wrage, who founded the anti-bribery non-profit Trace International, said in an e-mail.

One prominent anti-corruption group is already questioning the settlement. Transparency International Canada said in a statement on Thursday night that it “regrets” that the bribery charges against SNC were dropped, but called the outcome a “modest win.”

If the OECD objects to the settlement, it will put Canada back in a place that it has sometimes found itself since it signed the convention in 1997 – accused of not doing enough on international corruption.

In the early years of the convention, when the country was subjected to reviews by the OECD working group, it regularly found itself on the receiving end of unfavourable reviews.

Before 2011, the country mustered only a single conviction against an Alberta company that admitted to bribing a U.S. border official. “Foreign bribery has only received limited attention in terms of the government’s overall planning,” the OECD review team found in its 2011 study of Canada’s performance.

Canada is scheduled for another OECD review in 2021.

After those critical reviews, the RCMP dedicated officers to bribery offences, and Canadian prosecutors secured several convictions under the act, both against companies and individuals.

In 2013, Griffiths Energy International Inc., pleaded guilty to making a $2-million payment to the wife of a diplomat from Chad. In 2011, Niko Resources, another Alberta-based oil and gas company, admitted that it violated the act when it gave a Bangladeshi energy minister a new Toyota Land Cruiser.

The fact that SNC, which was accused of paying tens of millions of bribes to secure contacts in Libya, has escaped a court finding that it committed corruption may upset some “purists,” said Patrice Poitevin, the managing director of the Canadian Centre of Excellence of Anti-Corruption, based in Ottawa.

However, Mr. Poitevin said, those critics should not forget what he called “the big picture": the damage to SNC’s reputation, the foreign bribery conviction against former SNC executive vice-president Sami Bebawi, and the class action lawsuit SNC has had to defend.

“Has it moved forward the case that there’s a high cost to corruption? Absolutely," said Mr. Poitevin, a former RCMP sergeant.

Lawyers for SNC asserted in their court filing that the economic fallout of a guilty plea would exceed the $280-million fine it agreed to pay, including the prospect of other companies using the guilty plea to their competitive advantage.

The conviction, the attorneys wrote, “is likely to also give rise to … future restrictions with respect [to] the company’s ability to bid on both public and private projects.” The statement did not specify which jurisdictions may prohibit future bids.

A release from SNC, issued on Wednesday, struck a more optimistic tone, saying the company does not anticipate a guilty plea by the construction division – which has not bid on any new contracts since the charges were laid in 2015 – will affect its ability to bid on future projects.

Outside Canada, SNC has already confronted debarment. In 2013, the World Bank slapped SNC-Lavalin Inc., a division of the parent company, with a record-setting sanction, banning it and 100 affiliates from bidding on any of the bank’s development projects for the next decade. The debarment was related to alleged corruption on projects in Bangladesh and Cambodia.

SNC-Lavalin Construction’s guilty plea this week will not trigger a similar punishment related to the Libyan fraud. The World Bank’s sanctions regime is independent from national justice systems, so a conviction of a company in a Canadian court would not affect its bidding status with the bank.

SNC told The Globe and Mail in an e-mail that it “[does] not see the settlement causing issues with the World Bank.” Even if the bank were to impose a debarment period because of the fraud committed in Libya, the impact would be small. In a statement in the wake of the 2013 ban, SNC said that projects financed by development banks had historically accounted for just 1 per cent of its revenues. 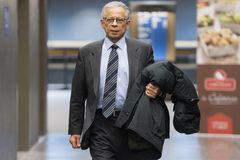 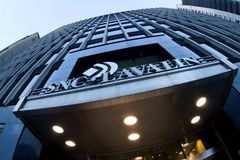 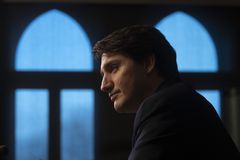 Follow Greg McArthur and Kathryn Blaze Baum on Twitter @McarthurGreg @KBlazeBaum
Report an error Editorial code of conduct
Due to technical reasons, we have temporarily removed commenting from our articles. We hope to have this fixed soon. Thank you for your patience. If you are looking to give feedback on our new site, please send it along to feedback@globeandmail.com. If you want to write a letter to the editor, please forward to letters@globeandmail.com.
Comments