A unit of SNC-Lavalin Group Inc. has pleaded guilty to fraud, ending a legal drama that had engulfed the engineering company and the Trudeau government.

The Canadian engineering giant and prosecutors on Wednesday unveiled a deal in which the company’s construction division pleaded guilty to a single charge of fraud related to activities in Libya. It will pay a $280-million fine and receive a three-year probation order. A more potentially damaging charge of bribery under the Corruption of Foreign Public Officials Act was dropped.

The resolution was months in the making, lawyers for the company and the Crown said. Its immediate effect is to bring to an end to criminal charges against the company that for years had undermined its business in Canada and abroad, closing a painful chapter in the history of one of the country’s corporate pillars.

Earlier this week, a former SNC-Lavalin official was convicted of bribery and fraud in connection with the matter.

Since the company was charged in 2015, it had maintained that the offences were the work of a few rogue individuals rather than SNC-Lavalin itself. Legal observers said the prosecutors were facing the uncertainty of getting a conviction at trial, and the risk the case would be thrown out because of delays. In agreeing to the size of the fine, Quebec Court Justice Claude Leblond gave “significant credit” to the company for its guilty plea, sparing taxpayers the cost of a long trial.

Federal prosecutors had declined last year to offer a settlement called a deferred prosecution agreement (DPA) to SNC. However, they came to SNC this fall saying they were willing to look at new alternatives to resolve the case, said two people familiar with the situation. At that time, the prosecutors introduced the concept of SNC’s construction unit pleading guilty to a single charge of fraud and other charges being withdrawn, the sources said. The Globe and Mail is not identifying the sources because they are not authorized to speak to the media about the case.

The structure of the agreement holds the prospect that the company would still be allowed the bid for federal contracts, the sources said.

“This agreement is reasonable and not contrary to the public interest,”Justice Leblond said in approving the parties’ recommendation. Without such plea deals, Canada’s justice system “would collapse under its own weight,” he said.

As recently as November, the company argued in court that the director of public prosecutions abused the process by not offering a DPA.

In October, 2018, federal prosecutors announced that SNC-Lavalin would not receive a DPA. Early this year, The Globe and Mail reported that the Prime Minister and other members of the government improperly pressed Jody Wilson-Raybould to order a settlement when she was justice minister and attorney-general. Ms. Wilson-Raybould subsequently left the federal cabinet and Liberal caucus.

The SNC-Lavalin affair dogged the Liberal government for months and during the campaign for the Oct. 21 federal election.

A key difference in the DPA process versus the plea deal worked in SNC’s favour. In determining the appropriate penalty for SNC, the court and the Crown were required under a plea deal to take into account the impact the sentence would have on the company’s economic viability and capacity to keep its employees. It’s an obligatory condition the judge had to follow under the Criminal Code, and it was followed in this case, prosecutor Richard Roy said.

And crucially for SNC’s future business, the company said, the settlement will allow it to bid on government contracts in Canada, and projects abroad.

“This lifts a big weight off SNC’s back," said Louis Hébert, a corporate strategy specialist at HEC Montréal business school. "This was a sword of Damocles that was hanging over them. There is a proverb that says a fault avowed is half forgiven. Now, they will be able to move from accusation to pardon.”

The plea deal allows SNC to resolve the charges with a punishment that many thought would be worse. Some investment analysts projected a much larger fine.

SNC shares surged 19 per cent in Toronto trading on the news of the deal, closing at $28.70. The stock had dropped by nearly 50 per cent over the past 12 months through the end of day Tuesday.

SNC-Lavalin Construction will pay the $280-million fine in equal installments over five years. It also agreed to a three-year probation order under which it will hire an independent consulting firm that will monitor the company’s compliance and ethics programs, and publish reports on SNC-Lavalin’s website.

Montreal-based SNC-Lavalin was plunged into turmoil in early 2012 after Swiss and Canadian police discovered mysterious payments from the company through bank accounts in Switzerland and other countries – payments that were later discovered to be bribes to win projects in Libya. The late dictator Moammar Gadhafi ran the country at the time, and SNC was eager for a share of lucrative contracts his government offered.

In 2015, the RCMP laid bribery and fraud charges against SNC-Lavalin Group Inc., SNC-Lavalin Construction and subsidiary SNC-Lavalin International. Police and prosecutors alleged the company was part of a complex scheme to pay bribes in Libya between 2001 and 2011 to secure contracts while participating in a $130-million fraud.

Riadh Ben Aissa was SNC’s former point man in Libya and stoked a relationship with Mr. Gadhafi’s son Saadi, paying him kickbacks worth at least $47.7-million including a yacht in exchange for helping SNC win projects in Libya, according to an agreed statement of facts in Wednesday’s settlement. Mr. Ben Aissa also set up two shell companies used to take a slice of SNC funds for himself and for his immediate supervisor at the time, Sami Bebawi, the statement said.

Mr. Ben Aissa pleaded guilty in Switzerland in 2014 to corruption of foreign public officials, disloyal management of funds, fraud and money laundering in connection to the company’s business dealings in Libya. A jury convicted Mr. Bebawi this week on charges including bribery and fraud for his role in the affair.

Although SNC said it does not believe its actions meet the definition of bribery of a foreign public official under Canadian law, it acknowledged it benefitted from Saadi Gadhafi’s influence, the company’s lawyer, François Fontaine, told the court. The construction unit therefore defrauded the state of Libya by altering the competitive bidding environment, the plea agreement reads.

SNC-Lavalin Construction won projects in Libya during the period that generated about $1.8-billion in revenues and $103.9-million in pre-tax net profit, the agreement states.

The company and the defence agreed to a fine about equal to three times that profit. The calculation includes sums that benefited Saadi Gadhafi and applies a 25 per cent discount.

Mr. Roy said several factors played into the settlement and the fine amount, including the seriousness and duration of the crime, the fact SNC pleaded guilty voluntarily before trial, the changes it has made to senior leadership, and its efforts to tighten its internal ethics and compliance systems.

“Since 2012, the company has completely changed,” Mr. Roy told reporters. “The penalty is proportionate, effective and dissuasive.” The money will be paid to the Crown, SNC confirmed.

Politics played no part in the resolution, Mr. Roy said. The only people that were part of the plea deal negotiations were the federal Crown prosecution team and SNC representatives, he said.

Asked why SNC changed its stand from insisting it was innocent, company counsel François Fontaine said: “You have to look at what we pleaded guilty to. We pleaded guilty to a charge of fraud against Libyan institutions. So it’s not against the Canadian government. It’s not corruption. And in a file like that, you always revisit your position.”

If the Crown had maintained the bribery charge, SNC would not have pleaded guilty, Mr. Fontaine said. “We were able to get to an agreement because they conceded that maybe corruption was not appropriate," he said, even if Saadi Gadhafi’s influence did benefit the company. “We had to admit something. And that’s what we did.”

Stéphane Eljarrat, a white-collar defense lawyer who previously worked for the federal Department of Justice, noted that the Crown cited in its submissions three decisions in cases where the accused were guilty under the Corruption of Foreign Public Officials Act. However, that is not the offence to which SNC-Lavalin Construction Inc. pleaded guilty. Rather, the company pleaded guilty to fraud.

Commenting on the Crown’s submission, Mr. Eljarrat said: “It seems they’re going to present this as a conviction for corruption when it’s not."

The distinction is significant for many reasons, Mr. Eljarrat said. For one, Ottawa’s procurement policy, what it calls its “integrity regime,” automatically disqualifies companies that have been convicted of certain offences from public contracts, he said.

“This is a game-changer for the company and finally allows us to put this issue behind us,” SNC-Lavalin chief executive officer Ian Edwards said in a statement. “I apologize for this past misconduct and welcome the opportunity to move forward.”

Legal observers noted the settlement’s effect is likely similar to what a DPA would have achieved: A hefty fine, a statement of guilt and monitoring of the company for a prescribed period.

“One could say it’s a DPA through the back door,” said Kenneth Jull, who specializes in corporate compliance.

James Cohen, executive director of the anit-corruption organization Transparency International Canada, said “we’re happy there is an admission of guilt. We would have liked to have seen the continued pursuit of Corruption of Foreign Public Officials charges. We’re seeing some amount of accountability,” he said.

“It’s important that whatever the end results of the plea deal are, no Canadian company thinks they can continue to play the odds on conducting corruption overseas.”

A top anti-bribery official at the Organization for Economic Co-operation and Development said the organization needs to see the court case file before passing judgment on the decision to drop one charge under the Corruption of Foreign Public Officials Act.

Drago Kos, the chair of the OECD Working Group on Bribery in International Business Transactions, told The Globe on Wednesday his organization has trust in the courts and the independence of prosecutors.

“In all cases now where charges are being dropped, we ask all countries to submit the original documents,” he said. “We would like to see what are the reasons of the court. We do not want to criticize the court but we want to see if there is something we can do to make cases stronger.” 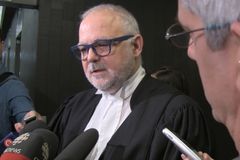 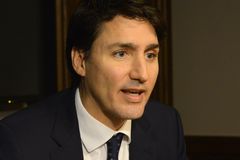