One of Canada’s largest grocery retailers is co-operating with an industry group representing suppliers to propose government regulation of the sector that would include the power to impose financial penalties on companies that do not follow the rules.

On Thursday, Sobeys owner Empire Company Ltd. and Food, Health & Consumer Products of Canada (FHCP) unveiled a proposal for the Canadian government to adopt a code of conduct overseeing the relationships between retailers and product vendors.

The proposal suggests a code similar to one in Britain, including a dispute-resolution system to look into complaints about unfair practices. There, the Groceries Supply Code of Practice adjudicator has the power to fine retailers up to 1 per cent of annual British revenue.

Suppliers and retailers have butted heads for years over the fees that grocery stores charge for things such as shelf placement for products and in-store promotions. Retailers also sometimes charge “compliance” fines for orders that are late or incomplete.

Groups representing farmers and food and beverage companies have repeatedly called for industry regulations. The issue heated up again recently. Last year, both Walmart Canada and Loblaw Cos. Ltd. told suppliers they would impose new fees. After Walmart’s move, procurement organization United Grocers Inc. (UGI) informed suppliers that “any cost reduction” for competitors should apply to the retailers it represents, including Metro Inc., Alimentation Couch-Tard Inc., Save-On-Foods and others.

FHCP and Empire’s proposed code specifies retailers should not arbitrarily change supply agreements. The proposal also suggests retailers not be allowed to make unilateral deductions to payments without providing detailed reasons, and that a process be put in place for suppliers to challenge those fines. The proposal sets out rules for other issues, including charging suppliers for product placement on shelves, and the accuracy of retailers’ forecasts on order quantities.

“I do believe that when there aren’t clear rules of engagement, when there’s not transparency, when there’s not as much fairness as there can be, that does translate into higher prices for consumers,” Empire chief executive officer Michael Medline said.

Other major retailers have resisted calls for regulation in the past.

Walmart Canada supports many of the principles in the proposal, but does not agree “that a complex, legislated, bureaucratic Code is necessary,” spokesperson Adam Grachnik wrote in a statement Thursday.

The products on grocers’ shelves come from Canadian farmers and manufacturers, but also from multinational packaged goods companies, Retail Council of Canada senior vice-president Karl Littler said. “I think other grocers are unconvinced that the Nestlés and Coca-Colas and Procter & Gambles of the world need government’s thumb on the scale on their behalf,” he said.

Regulation may be on the horizon. Late last year, Canada’s federal, provincial and territorial agriculture ministers agreed to form a working group to consider the issue and to release a report by this July.

“We all recognize that these fees recently imposed by some retailers are really worrying,” federal Agriculture and Agri-food Minister Marie-Claude Bibeau said at the time.

Empire and FHCP submitted their code to the working group on Thursday.

Empire also charges fees to suppliers and has renegotiated those fees in recent years, particularly after Mr. Medline joined the company in 2017 and initiated a turnaround plan.

Empire’s and FHCP’s proposal would still allow retailers and suppliers to negotiate, but would create “rules of engagement” for the industry.

The power to fine makes a difference in enforcing those rules, said Christine Tacon, Britain’s first grocery code adjudicator. In nearly eight years in that role, she never issued a financial penalty; the possibility was enough to motivate companies to comply, she said. “It was only when you got the adjudicator with powers to investigate, and powers to arbitrate, that things started to change.”

But a representative of the Canadian Federation of Independent Grocers called it a “red flag” that the proposal made little mention of smaller retailers.

“We have significant issues and it’s not just around the fees that big retailers impose on suppliers. Fair supply, fair pricing, those are issues for us,” said Gary Sands, CFIG’s senior vice-president of public policy.

In Canada, the five largest retailers control more than 80 per cent of the grocery market, according to FHCP, giving them significant power to dictate terms to suppliers.

“Hopefully some of these amounts of money that have been transitioning back and forth will be reinvested into innovation,” FHCP president and CEO Michael Graydon said. “... When you have economic certainty, you can plan and invest.” 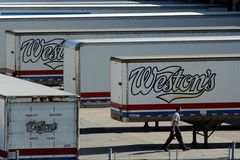 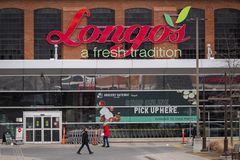 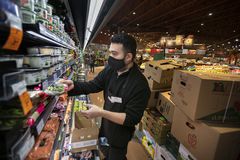