Sobeys parent company, Empire Company Ltd., is the latest of Canada’s largest grocers to cut bonus pay for its workers during the COVID-19 pandemic, a move that has drawn criticism from Canada’s largest private-sector union.

“As provinces execute their reopening plans and customer behaviour shifts, we felt that this was a natural time to end our Hero Pay program,” Empire chief executive Michael Medline said in a memo to staff at its stores and distribution centres on Friday.

Empire announced its decision one day after Loblaw Companies Ltd. and Metro Inc. both said their temporary pay bonuses would end as of this weekend. Walmart Inc. ended its bonuses on May 31. Walmart, Loblaw and Metro had all paid an extra $2 an hour to staff working during the crisis. Empire’s bonus was $50 a week for any staff working 20 hours or less, and $2 an hour for time worked beyond 20 hours.

On Friday, Costco Wholesale Corp. declined to answer questions about its pay practices during the pandemic.

“Things have now stabilized in our supermarkets and drug stores,” Loblaw executive chairman Galen Weston wrote in a letter to customers, saying staff have adjusted to “the new normal” and this is an appropriate time to end its bonus.

“We are no longer working under the crisis conditions that prevailed from March through May as grocers were amongst the only retailers open to the public,” Metro spokesperson Marie-Claude Bacon said in a statement Thursday.

Metro, Empire and Loblaw also announced they would pay an additional one-time bonus to workers. Metro said the bonus would be $100 for each part-time worker and $200 for each full-time worker. Loblaw and Empire both said the bonuses would vary depending on average hours worked over the past 14 weeks. Loblaw estimated its total payout at $25-million.

Walmart moved up its usual yearly bonuses, which typically are based on the company’s annual results. Instead, they were paid out in April and totalled $16-million.

In an interview on Friday, Unifor national president Jerry Dias called the pay cuts “outrageous.” Unifor, which represents 20,000 workers in the retail and wholesale sector – including thousands of employees at the big three Canadian grocers – criticized the decisions and said that grocers should make the pay increases permanent. The union has been pushing for increases to the minimum wage for years.

“They are essential services and they put their lives at risk to serve their communities,” Mr. Dias said. “That leads to a conversation about what is fair compensation for those jobs. I think people have much more respect today than they’ve ever had for grocery workers.”

Chris Bolahood, who has worked at Metro for 34 years, said he feels safe going to work as a stock clerk on the night shift in Oshawa, Ont., but does not feel the cut to bonus pay is fair. Workers are still wearing face coverings, washing their hands frequently, sanitizing shopping carts and operating with plexiglass barriers at checkouts.

“[It’s] still the same practices we’ve been doing since the pandemic started, so why take our bonuses away now?” he said. “Nothing has changed.”

Unifor’s Mr. Dias estimated that three-quarters of employees at the big grocers are part-time workers, many of whom are required to work more than one job to make ends meet and do not have access to benefits.

Unifor is currently negotiating with Loblaw-owned Dominion stores in Newfoundland and Labrador after the stores cut 20 per cent of their full-time positions last year. The union said Loblaw has increasingly relied on part-time workers and opposed raising the minimum wage.

In response to the criticism raised by Unifor Thursday, Loblaw said in a statement that the pay increases were temporary and had been extended. The bonus pay was intended “to recognize our frontline colleagues who went above and beyond so that Canadians could stay well fed and healthy during extraordinary times," the statement said.

In his letter, Mr. Weston said he is a “strong believer in a progressive minimum wage” and would support government policies “to establish a living wage.”

Grocery sales shot up significantly during the pandemic, at first because people stocked up on essential items in preparation for lockdowns. As public-health officials encouraged Canadians to stay at home and bars and restaurants shut down – forcing people to cook at home more often – demand for groceries remained higher than usual.

In its most recent earnings report, Loblaw attributed an additional $751-million in sales in just the first three weeks of March to demand due to COVID-19. Metro reported its same-store sales rose 25 per cent in the four weeks from March 15 to April 11, compared with the same period last year. (Same-store sales is an important metric that tracks sales growth not attributed to store openings.)

Empire, which reports earnings later this month, has said its same-store sales increased by 37 per cent in the four weeks beginning March 8, and 24 per cent in the two weeks before Easter, compared with the same periods last year.

“They are doing even better during the pandemic than normal times," Mr. Dias said. “It’s not a question of not being able to afford it.” 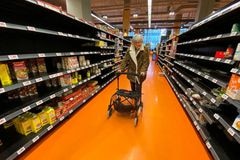 TD Bank to pay bonuses to branch workers who deal with the public
March 23, 2020 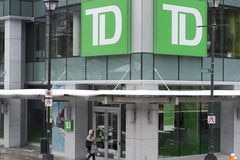