When Softchoice Corp. was taken private by Birch Hill Equity Partners in 2013, it was at a crossroads. Its legacy business, as a workplace software reseller, was under a growing threat from cloud computing, which shook up how people used and paid for software.

But a transformation to a company providing a broad array of consulting services – helping large organizations rethink their IT departments, including by embracing the offsite third-party data and software services of the cloud – instead set Toronto-based Softchoice up for growth.

“If we project where we would have been had we not done this, it’s a pretty bleak picture,” said Andrew Caprara, senior vice-president of strategy and business development. “We couldn’t exist as a product reseller and feel like we would have a thriving company in the next five to 10 years.”

One example of Softchoice’s shift is Longo Brothers Fruit Markets Inc. The supermarket chain used to turn to Softchoice to handle some of its software licensing, but not much else.

After first joining Longo’s three years ago, Kevin Lee, now its senior information-technology security and network manager, realized Softchoice could do a lot more for the grocer. He was interested in tightening Longo’s digital security, which Softchoice had managed through a variety of different products.

Now Longo’s is in the final phases of implementing a central portal for the chain to give executives a more complete view of the company’s cybersecurity. “From an IT perspective, it’s going to make our lives a lot easier,” Mr. Lee said.

The past decade has reshaped corporate IT departments. Many now host and process data in the cloud; software applications often live there, too, with costs shifting from one-time licences to recurring revenue. Softchoice has recast itself as a go-to middleman between IT managers and major software and cloud providers.

Softchoice’s strategic shift has shown some success: While the company will not disclose financial figures, it says its headcount has grown nearly 50 per cent to 1,800 in the past five years. It has 1,400 cloud customers, including five of Canada’s six big banks. Nearly 15 per cent of Softchoice’s software business is cloud-related, versus 0 per cent five years ago.

Co-founders David Holgate and Jone Panavas launched Softchoice 30 years ago to bridge software suppliers and corporate customers, eventually becoming Canada’s largest reseller of Microsoft products. New revenue sources were added over the years – Softchoice began furnishing clients with hardware and expanded into the U.S. market – but the $412-million Birch Hill takeout came as businesses were transitioning to the cloud. Now, “we’re trying to get the customers to start doing and thinking things differently,” Mr. Caprara said.

This necessitated some internal changes. Rather than coming to clients with a specific software provider in mind, Softchoice works more like a consultant to figure out what makes sense for their data storage – often a mix of on-premise and cloud servers. Shifting to recurring-payment cloud services can mean having conversations at the executive level about recognizing different IT costs as operating expenditures instead of capital expenditures, or vice versa – “challenging conversations,” said Vince De Palma, Softchoice’s president and chief executive officer.

Finding software to keep employees productive in the office and remotely is a key consideration. Keeping data secure is important, too, Mr. Caprara said, but businesses often have a patchwork of solutions that can be streamlined: “Most of the organizations that we talk to are actually over-provisioned on certain security elements, and have gaps in others."

Mr. De Palma was lured to the job three years ago by Birch Hill after having run one of its previous portfolio companies, the document-destruction firm, Shred-it International Inc. He saw potential in the market for servicing companies’ cloud and broader IT needs, but felt Softchoice’s strategy could be improved.

That included getting the right sales staff in front of the right clients. The company used to assign sales staff based on clients’ headcounts, but after some deliberation between Birch Hill representatives and Softchoice’s sales and strategy leaders, it determined to segment sales staff by the size and complexity of client budgets.

“You can have an 80-employee company that spends a gazillion dollars in a very complicated industry,” Mr. De Palma said, where “you need to be face-to-face” to figure out their needs. “But you can have a 1,000-employee company that isn’t that complicated and doesn’t spend a lot of dollars on IT and the type of stuff we do, and you’re better off serving them [by phone].”

Softchoice’s next frontier will also be in the cloud, Mr. De Palma says, to help clients better analyze their data with artificial-intelligence techniques. “If you haven’t modernized your data, you can’t use AI or machine learning,” he said. “We have to spend some time doing that heavy lifting.” 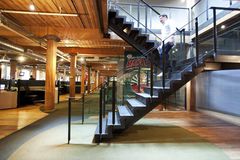 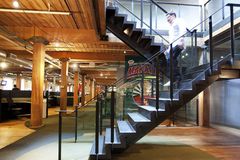