On Wednesday evening, Sun Life reported “underlying earnings” of $1.37 a share, far exceeding expectations of $1.27. This was up from $1.20 a year ago.

In addition, Sun Life also hiked its annual dividend by 5 per cent to 55 cents.

Manulife’s results, which were also released Wednesday evening, included “core earnings” of 76 cents a share, up a cent from the prior-year period and 3 cents above the average of analysts’ profit forecasts for the company.

The companies strip out certain items, including some investment results and changes in assumptions about their insurance policies, in arriving at the earnings metric.

Both companies continue to report strong growth from their Asian businesses, with Sun Life’s president and chief executive Dean O’Connor calling insurance sales in Asia “the fastest growing pillar” in the company. Sun Life recently bought a new broker network in Vietnam and launched a digital mobile application in Malaysia. Asia insurance sales at Sun Life increased 47 per cent from the prior year, with particular strength in the pension business in Hong Kong and an increase in international high-net-worth sales.

Sun Life chief financial officer Kevin Strain said the continuing political protests that have been occurring in Hong Kong have not affected Sun Life’s business in the region as the company is “focused on the local” Hong Kong community compared with visitors to the region.

“Many of our competitors did much more business [with] mainland Chinese visitors,” Mr. Strain said in an interview. “And so we were less impacted by the reduction in visitors to Hong Kong than others might be. Hong Kong as a community has a lot of resilience and, as a business community, remains an important hub for the financial world.”

With Asia set to represent 60 per cent of the world’s middle class, Manulife’s chief executive Roy Gori told an audience of investors last month that the company’s “capability” and “history” in Asia makes them well positioned to capture the region’s rapid growth.

Manulife reported double-digit growth for its Asian businesses with $1.4-billion in insurance sales for the region. While Japan sales decreased owing to a change in tax regulations for corporate-owned life insurance products, Hong Kong sales increased 58 per cent after new tax efficient health-insurance products were introduced to the market.

“Asia is the most profitable segment in our business,” Phil Witherington, chief financial officer at Manulife, said in an interview. “This is really off the back of markets like China and Vietnam that continue to demonstrate really strong momentum.”

Because of continued low interest rates, regulators are forcing insurance companies to moderate their assumptions on how much they’ll earn on their investments in the future – and all of them will have to set aside more money as a result. So Manulife, Sun Life and others are taking charges to earnings to reflect that.

Manulife recorded a $500-million reduction, while Sun Life made adjustments of $93-million to their earnings.

“That’s the deployment of $1.5-billion of capital,” Mr. Witherington said, adding the average price paid was $22.07 a share. “Compared to our stock price today … it has been a great deployment of capital to the benefit of shareholders.” 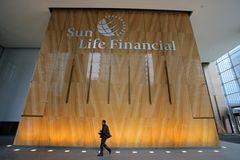 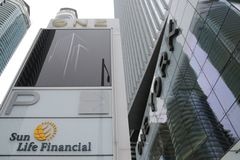 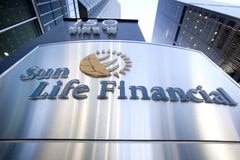