Some registered charities and sole proprietors say they’re being left behind by the Canada Emergency Business Account loan program, one of Ottawa’s most sought-after pandemic relief initiatives for business.

CEBA was first launched in April, 2020, as a $40,000 loan program for Canadian organizations in need of extra pandemic cash. They could apply through their usual bank, and one-quarter of the total could be forgivable if the balance of the loan was paid by the end of 2022. In the following months, the program’s eligibility criteria was expanded, and the total available to each applicant grew to $60,000 – a third of which could be forgiven.

Yet some charitable organizations say they have been blocked from applying for CEBA after finding their banks wouldn’t accept their tax filings as supporting documents. That includes the Toronto City Opera, a registered charity that found its T3010 tax form wasn’t accepted by the Canadian Imperial Bank of Commerce, and has struggled since last summer to find out why.

The opera company believes it should qualify under Ottawa’s rules for CEBA’s non-deferrable expense stream because it has expenses such as contract staff and makes its income from ticket sales. Mark Wilson, the opera’s board president, said the company worries it will run out of cash in the coming months without the loan.

“We’ve got a government policy, very clearly stated in the program announcement, that the bureaucracy’s clearly failed to implement – and no one’s doing anything about it,” he said in an interview.

Toronto City Opera has operated continuously since 1946, but hit a historic snag when it was forced to postpone a May, 2020, production of Pietro Mascagni’s Cavalleria Rusticana owing to COVID-19 lockdowns. It’s been left without income to cover its expenses for nearly a year.

Mr. Wilson, who sings bass in the opera’s community-supporter chorus, said CIBC would not accept his T3010 as a supporting document when applying to CEBA because it’s not available as an option in the form’s online drop-down menu. He shared screenshots of the application process with The Globe and Mail to demonstrate that it would only accept T1, T2 and T2-Short tax returns.

The federal government has been aware of the barriers faced by numerous charities since at least August, according to e-mail correspondence Mr. Wilson shared with The Globe.

The Department of Finance acknowledged it was aware of the problem, but declined to provide a timeline for correcting it, instead suggesting that beleaguered organizations seek help through other government programs such as the Emergency Community Support Fund for non-profits. (Toronto City Opera does not believe it would qualify for the fund because it is eligible for CEBA, and applications are also now closed.)

Blocking CEBA access for registered charities who file T3010 tax forms appears to be a deliberate choice by the federal government, which sent The Globe a statement listing its broad pandemic relief programs and did not respond to repeated questions about the choice.

Asked whether this was a technical issue with CIBC’s website, the bank said it was not. “We are focused on helping these clients navigate through this challenging time, and this includes working with the government in its efforts to address the needs of charities and not-for-profits when applying for CEBA loans,” spokesperson Kathryn Lawler said in an e-mail.

Several other registered charities have approached Imagine Canada, a support organization for charities and non-profits, with frustration about the same problems in recent months. Imagine has been struggling to provide an answer for its members.

“Trying to identify a person in government who has some sort of responsibility for the program, and that can speak to it, has been really difficult,” said Adam Jog, Imagine’s manager of public policy and research.

(When The Globe first asked Finance Minister Chrystia Freeland’s office about charities’ CEBA problems, the request was forwarded to the office of Small Business and International Trade Minister Mary Ng, which passed it to Global Affairs Canada, which passed it back to the Finance Department, which did not answer most of The Globe’s questions. Export Development Canada, which administers CEBA, deferred comment to Finance.)

Some sole proprietors, meanwhile, have been intentionally left out of CEBA. Those without payrolls can apply if they can demonstrate that they have non-deferrable expenses such as rent and utilities. But Ottawa requires sole proprietors to have at least $40,000 worth of these expenses to qualify. Federal Finance spokesperson Anna Arneson declined to give an explanation about this minimum, but said that “the program is not meant to directly compensate for losses of income or revenue.”

This shocked sole proprietor Megan Soutar, who says she lost more than $50,000 in income last year as a wholesale sporting-goods sales representative owing to lockdown restrictions – but did not meet the expense criteria to access the loan. “My non-deferrables are about $34,000 – only $6,000 away from the threshold,” Ms. Soutar said. “Why is there no flexibility there?”

Though the pandemic has allowed Ms. Soutar to dedicate more time to her other career as a lifestyle coach, she said she still feels left behind by Ottawa’s CEBA restrictions. “If they think people aren’t applying for CEBA for loss of income, they’re not seeing the whole picture,” she said.

Isabelle Rhéaume, a sole proprietor in Gatineau who runs Boutique Luxunik, a styling service and online consignment store for women, was also shocked by CEBA’s seemingly proprietary limit for non-deferrable expenses. She was on course for 50 per cent growth in 2020, but has been taking writing contracts to make ends meet since the pandemic hit. “I had a little bit of savings, and it’s all gone now, because I needed it to pay my rent and buy groceries,” Ms. Rhéaume said. 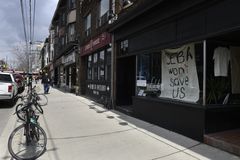 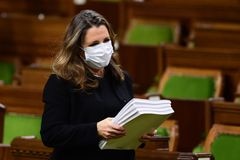 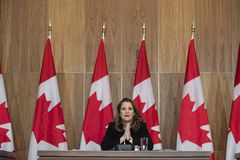