The country’s woes are among the most severe in Africa, but the entire continent faces serious trouble, according to forecasts by the International Monetary Fund this week. The IMF predicts a 3.2-per-cent economic decline this year in sub-Saharan Africa, previously one of the world’s fastest-growing regions.

Finance Minister Tito Mboweni, in an emergency budget on Wednesday, forecast a 7.2-per-cent plunge in South Africa’s economy this year – its biggest contraction in almost 90 years. But the IMF says the decline is more likely to be 8 per cent, and some independent analysts are predicting a drop of 11 per cent or more.

South Africa and Nigeria are the two biggest economies in Africa, and the IMF sees trouble for both, with Nigeria’s economy expected to decline by 5.4 per cent this year, a forecast that was revised sharply down from the IMF’s last report, in April.

With the economy sinking, South Africa’s total government debt will climb to 81.8 per cent of GDP this year, compared with 63.5 per cent last year, Mr. Mboweni said.

He said the debt is like a ravenous hippopotamus “eating our children’s inheritance. We need to stop it now. … We already spend as much on debt-service cost as we do on health in this financial year.”

The Finance Minister warned that a sovereign debt crisis would be “devastating” for South Africa, potentially creating hyperinflation such as that experienced in Zimbabwe in 2008 or Germany in the 1920s. “If we do not act now, we will shortly get there,” he said.

South Africa’s budget deficit is now expected to reach 15.7 per cent of GDP this year, up from an earlier estimate of 6.8 per cent in February. Government revenue is forecast to drop by about US$17-billion this year because of the COVID-19 pandemic.

The government disclosed this week that South Africa’s unemployment rate had climbed to a record high of 30.1 per cent in the first quarter of this year, up by a full percentage point from the previous quarter – and that was before the full effects of the lockdown that began in late March.

Faced with the pandemic and a three-month lockdown that has only partly been lifted, the South African government has been reluctant to boost taxes or announce any significant spending cuts. It is still hoping to negotiate a reduction in labour costs, slashing the public-sector wage bill by up to US$10-billion, but analysts are skeptical that the country’s powerful trade unions will agree.

Meanwhile, the government aims to borrow US$7-billion from international finance institutions, including US$4.2-billion from the IMF’s rapid financing instrument and US$1-billion from the New Development Bank, an institution created by the BRICS bloc of countries: Brazil, Russia, India, China and South Africa.

“We need to access new sources of funding,” Mr. Mboweni said. “We must make no mistake, these are still borrowings. They must be paid back.”

South Africa’s ruling party, the African National Congress, has traditionally been suspicious of IMF and World Bank financing, fearing that these Western-dominated institutions would use loans to influence South Africa’s economic policies. But in recent weeks, the ANC has accepted the need for IMF and World Bank lending, although some elements in the party have demanded that the ANC carefully scrutinize any loans in advance to ensure they contain no policy conditions.

At a media briefing after his budget, Mr. Mboweni said the government has conducted “tough and difficult” negotiations with the IMF. Both sides seem to have reached agreement, and final approval from the IMF is expected in early July, he said.

“The truth of the matter is that the ANC leadership supports this,” he said. “Nothing will be done that undermines national sovereignty.”

Independent analysts were skeptical of the government’s pledge to turn around the debt crisis. NKC African Economics, in a commentary on the budget, said Mr. Mboweni failed to disclose any policy reforms or a “credible roadmap” to the government’s goals. 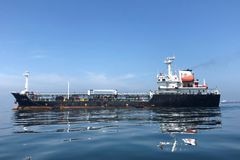 Bank of England apologizes for past links to slavery
Subscriber content
June 19, 2020 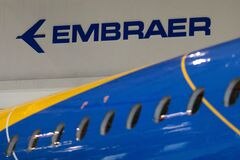