The Squamish Nation plans to collaborate with B.C. and federal environmental regulators in an innovative process to jointly review a proposed work camp for Woodfibre LNG’s $1.6-billion energy project in British Columbia.

The company said late last month that the COVID-19 pandemic and a business partner’s financial troubles delayed the start of construction for the liquefied natural gas plant by one year, until the summer of 2021.

In the meantime, the work camp still has an important regulatory hurdle to clear before construction begins next year near Squamish, located 65 kilometres north of Vancouver.

Plans for a harmonized regulatory review of the proposed work camp will be voted on by the elected Squamish Nation council as early as Thursday during an online meeting, said Khelsilem, an Indigenous councillor who goes by his traditional name.

Woodfibre LNG wants to begin exporting liquefied natural gas in 2025 from an industrial site on the Squamish Nation’s traditional territory.

Project officials are seeking regulatory approval to build accommodation on a barge that would have up to 600 beds for construction workers. Woodfibre LNG describes it as a floating hotel, or nicknamed “floatel,” which would be in operation for a 50-month period.

Khelsilem said the Squamish Nation welcomes the collaborative approach to examining the barge proposal, which requires Woodfibre LNG to apply for regulatory approval to amend its environmental assessment certificate. “It’s easier to work together on this amendment and address issues that way,” he said in an interview.

The council will vote on a draft memorandum of understanding (MOU) between the Squamish Nation, B.C. Environmental Assessment Office and Impact Assessment Agency of Canada to jointly review the proposed accommodation, said Khelsilem, who is one of 16 elected councillors.

In late 2018, the council narrowly approved an impact benefit agreement with Woodfibre LNG. The Indigenous group’s staff members conducted their own environmental review of the project and conditionally endorsed it in 2015.

Woodfibre LNG has agreed to meet 25 conditions set by the Squamish Nation, such as having an air-cooling system in place during the liquefaction procedure that converts natural gas into a liquid.

“As a First Nation government, our review resulted in conditions placed on the project, and the proponent has to legally abide by those conditions,” Khelsilem said.

Woodfibre LNG president David Keane said that through the harmonized review, the Squamish Nation will be providing valuable input for the proposed work camp. “There is an MOU in progress between all three of our regulators,” Mr. Keane said in a statement.

The joint review would give the Squamish Nation and B.C. and federal regulators the opportunity to co-operate as decision-makers, added Byng Giraud, Woodfibre LNG’s former vice-president.

“They should be proud of this. It’s a plus,” Mr. Giraud said in an interview.

Woodfibre LNG, controlled by Singapore-based RGE Pte. Ltd., applied last October to the provincial regulator for approval to construct the floating work camp. And last month, Woodfibre LNG applied for a five-year extension to its environmental assessment certificate, which the B.C. government granted in October, 2015. The project is obligated to start construction by October, 2020, unless the certificate is extended.

The planned LNG terminal near Squamish will include fabricated industrial steel components from China.

In an eight-page letter to the B.C. regulator dated March 24, Mr. Keane said it’s “clear that COVID-19 has had implications for our vendor’s manufacturing facilities and fabrication yards in China,” leading to production delays.

But he said it is uncertain how long the delays will be for Woodfibre LNG to take delivery of modules, which would be assembled onshore for the liquefaction plant. Plans also call for floating LNG storage tanks to be in place in the waters of Howe Sound, once the onshore terminal is up and running.

Woodfibre LNG has spent more than $13-million since 2017 to clean up the former site of a pulp mill near Squamish, said company spokeswoman Rebecca Scott. “We are actively preparing for construction,” she said. 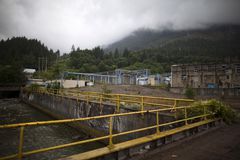 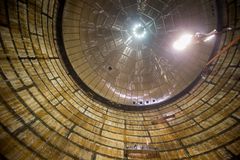 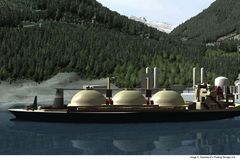