Canada’s Starlight Investments hopes to raise up to US$147-million through an initial public offering for a new fund, with plans to funnel money from Canadian investors into U.S. apartment properties – and then substantially raise rents.

Starlight filed the early paperwork for an IPO of its U.S. Multi-Family (No. 1) Core Plus Fund just before Christmas, and it has now lined up Canadian investment banks to underwrite the offering, led by CIBC World Markets.

If the IPO is successful, the fund will acquire and operate a portfolio of rental properties. Starlight hopes, according to its IPO filing, that it “can achieve significant increases in rental rates” by making minor fixes to the properties and then hiking rents.

The private Canadian company has deployed this strategy for several years in the United States. Many property owners typically hope to raise rents over time. However, Starlight has a history of targeting quick returns, recently highlighting for investors its success in raising average rents by $411 a month at a Toronto apartment building over four years.

The latest IPO has been launched in a changing political environment. In 2019, the United Nations’ housing adviser called out private investors for turning rental properties into commodities, creating the potential for tenants to get squeezed – particularly in the United States. “Landlords have become faceless corporations wreaking havoc with tenants’ right to security and contributing to the global housing crisis," a UN working group on business and human rights wrote in a report.

Starlight’s U.S. fund IPO follows the company’s $1.7-billion purchase of the Continuum Residential REIT portfolio in Canada last fall. Most of Continuum’s 44 dated suburban rental buildings were in the Greater Toronto Area, and the REIT had noted the potential for rent increases.

Canada’s rental apartment vacancy rate fell to 2.2 per cent last year, its lowest level since 2002, according to Canada Mortgage and Housing Corp. There are two major drivers of this: an influx of skilled immigrants, many of whom flock to major cities, and insufficient construction of new rental properties.

The United States has a similar appeal for investors, although the reasons are slightly different.

In its IPO filing, Starlight said U.S. home ownership has fallen to 64.8 per cent of the population, according to the U.S. Census Bureau, down from its peak of 69.2 per cent in 2004, and approaching its all-time low of 62.9 per cent. Starlight said it believes the collapse of the U.S. housing market in 2008 “created a relatively negative bias toward home ownership, while the proliferation of attractive, cost-effective rental communities close to workplaces has increased demand for multifamily suite rentals.”

The company also cited research showing that about 80 per cent of the U.S. population lives in suburbs, and inventory growth of rental properties in suburbs was less than half of that in metro areas.

These trends have fostered the same underlying appeal to investors that Canadian rentals offer: low vacancy rates, which leads to high rent increases on tenant turnover.

Across the United States, the total vacancy rates for rental properties was 4 per cent in the second quarter of 2019, according to CBRE, much lower than other types of commercial real estate, including industrial, retail and office properties.

Starlight intends to deploy money from the new U.S. fund with a focus on suburban markets in 13 states, including Arizona, California, Florida, Georgia, North Carolina, Texas and Washington. 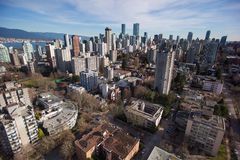 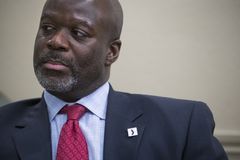 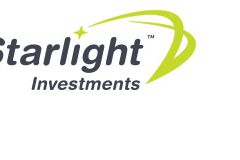