The IPO had offered the two giant investors a chance to take advantage of a hot IPO market and triple its investment in an enterprise it acquired just more than two years ago. But in recent days, things have cooled for new stock sales.

In April, 2019, Brookfield and the Caisse bought the power-solutions business of Johnson Controls International PLC, based in Milwaukee, Wisc., for an announced price of US$13.2-billion, putting in just less than US$3-billion in cash and financing the rest with debt.

According to IPO documents, Clarios planned to issue up to 115 million new common shares to the public and to a private investor. Brookfield and the Caisse planned to sell none of their stake, leaving the two with about 80 per cent of the company. They also said they would consider buying US$500-million of additional stock in the offering.

Clarios said Thursday in a statement that it has deferred the IPO given current market conditions and will “reassess the environment over the coming months.” Clarios said it “received positive feedback through the marketing process.”

In its first-quarter shareholder letter, Brookfield unit Brookfield Business Partners LP said Clarios was “well-positioned to garner a strong following in the public markets” because of “strong capital-market demand for high-quality industrial businesses with stable aftermarket profitability and exposure to high-growth automotive electrification trends.” (Brookfield Thursday referred to this letter, Clarios’s statement and other company documents in response to questions. The Caisse declined to comment.)

Clarios’s sales pitch, contained in its IPO documents, is that as the world’s biggest seller of car batteries, it will play a “critical” role in the global transition from internal-combustion engines to hybrid and electric vehicles. In the meantime, it says it has the No. 1 market position in both the Americas and the region of Europe, the Middle East and Africa, and the No. 3 market position in Asia. This scale has enabled it to develop “a best-in-class cost structure.”

What it also has is an immense amount of debt, as befitting a leveraged buyout like the one Brookfield and the Caisse engineered. The IPO documents show that the two partners put in US$2.9-billion in cash and borrowed US$9.9-billion for the remainder of the US$12.8-billion purchase price, adjusted downward from the initial announcement.

Clarios said it planned to use proceeds to retire about US$2.2-billion of its borrowings, most of which paid interest ranging from 6.25 per cent to 8.5 per cent. As of March 31, Clarios had approximately US$10.3-billion in long-term debt and leases, and US$550-million in cash.

In the six months ended March 31, Clarios’s sales were up nearly 15 per cent from pandemic lows, to US$4.5-billion. Clarios posted a net loss of US$249-million, dinged by US$366-million in financing costs on its debt.

“Since acquiring Clarios, we have made considerable progress on our business improvement plans focused on optimizing its U.S. operations,” it said, “despite a challenging operating environment over the past year.”

Clarios said in its IPO documents that it has achieved just US$175-million of US$400-million in annual cost savings announced at the time of the deal, with a hope to hit the cost-cutting target within two to four years. 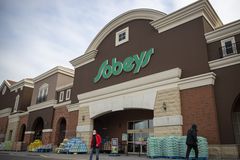 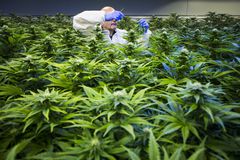 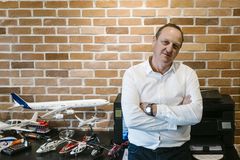