Former politician Stockwell Day has stepped down as a director of Telus Corp. after his comments on television denying the existence of systemic racism in Canada sparked outrage among some of the telecom company’s customers.

Telus Corp. issued a statement Wednesday saying that Mr. Day’s comments on CBC News Network’s Power & Politics Tuesday evening are “not reflective of the values and beliefs of our organization.”

Mr. Day also resigned from his role as a strategic adviser for law firm McMillan LLP, whose CEO Teresa Dufort said in a statement that “systemic racism is real and that it can only be addressed when each of us – as individuals and organizations – commits to meaningful change.”

Mr. Day, a former cabinet minister in Alberta and leader of the Canadian Alliance, appeared on a panel to dispute Prime Minister Justin Trudeau’s assertion that systemic racism exists in Canada. Mr. Trudeau’s comments came in the wake of violent protests in the U.S. over the killing of George Floyd by a police officer in Minneapolis.

“Yes there’s a few idiot racists hanging around, but Canada is not a racist country and most Canadians are not racist and our system, which always needs to be improved, is not systemically racist," Mr. Day said. He also seemed to draw a comparison between being called “four eyes” in school because he wore glasses and the experience of people facing racial discrimination.

His television appearance set off a storm on social media, with a number of Telus customers vowing on Twitter to ditch the telecom carrier. Corporate-governance experts and Black business leaders said the situation illustrates a need for greater diversity on corporate boards and is indicative of the reputational harm that can occur when the views of an individual director diverge from a company’s brand.

“This is a learning opportunity for Telus and for other corporate boards in Canada," said Charmain Emerson, a senior marketing and communications executive who sits on a number of boards, including the Canadian Centre for Diversity and Inclusion.

Ms. Emerson noted that while many of Telus’s customers are visible minorities, including members of the Black community, the company has no Black directors. Mr. Day’s resignation does not address the need for “real changes” at the company, she said.

“Until the board can truly represent the consumer market that Telus serves, there’s still a lot of work left to do," Ms. Emerson said.

Mr. Day apologized on Twitter for his comments, saying that feedback from individuals in the Black and other communities made him realize his statements were “insensitive and hurtful.”

“I ask forgiveness for wrongly equating my experiences to theirs. I commit to them my unending efforts to fight racism in all its forms,” he tweeted.

He also submitted a resignation letter, expressing concerns about the “ongoing difficulties” his comments could create for the company. “It has been a significant honour for me to have been involved with Telus. It is truly one of the most outstanding and humanly caring organizations in the world,” he wrote in the letter.

Dennis Mitchell, the chief executive of Starlight Capital, said the experience demonstrates the need for companies to diversify their upper ranks by casting a wider net during the recruitment process.

“If we did that, then someone like Stockwell Day, by virtue of sitting on a board that is more diverse, would have a greater chance of understanding the challenges and struggles that other people in Canada have experienced," Mr. Mitchell said.

“There is absolutely, 100 per cent, systemic racism within Canada," he added. "And I’m a huge patriot; I love this country, and it pains me to say that, both as a Canadian and as a man of colour.”

Pamela Jeffery, a corporate governance and diversity and inclusion consultant, said companies have been facing higher levels of scrutiny from their customers and shareholders in recent years, a trend that has been accelerated by the #MeToo movement and by requirements for companies to disclose gender diversity in their director and executive ranks.

“In the last six years, what I’ve seen is that the bar has been raised steadily for employers,” Ms. Jeffery said, noting that corporate-governance issues carry more risk to a company’s reputation today than they did previously.

“Telus is widely acknowledged as a leader when it comes to corporate governance," Ms. Jeffery added. (The company scored 93 out of 100 on The Globe and Mail’s 2019 ranking of governance practices.) “This is an opportunity for them to highlight their commitment and the actions that they have been taking.” 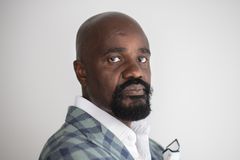