Mortgage lender Street Capital Group Inc. is for sale as it struggles to raise money and faces pressure from the country’s banking regulator to find a solution, according to multiple people familiar with the process.

Toronto-based Street Capital, which has about 130,000 mortgage customers and administers nearly $28-billion in mortgage loans, operates in every province except Quebec. But the company now faces an uncertain future at a time when new regulatory measures to curb risky borrowing and cooling housing markets have squeezed profit margins and created new challenges for mortgage lenders.

BMO Nestbitt Burns Inc. has been hired to lead the sale, one of those people said. There is no assurance that Street Capital will be sold, and another option still under consideration is to raise funds from a private equity source, according to others who were not authorized to discuss the matter.

At least one potential buyer has conducted due diligence under a non-disclosure agreement, according to two of the sources.

Some potential suitors including Equitable Bank and Manulife Bank declined to comment on the matter, but are not expected to get involved in the process. National Bank of Canada has “not looked at it and we are not interested,” a spokesperson said. Other companies rumoured to have been approached include First National Financial LP and MCAP, but First National declined to comment and an MCAP spokesperson did not respond.

Stress test responsible for drop of as much as $15-billion in new mortgages, study finds

Street Capital does most of its business by issuing and then selling mortgage loans directly or through securitization programs. But early in 2017, the company launched a federally regulated subsidiary, Street Capital Bank of Canada, to take deposits and fund its own mortgages, with plans to expand into credit cards and other banking products. Last summer it hired Mr. Hannay as CEO to lead the expansion.

The company’s expansion plan proved to be ill-timed: It soon ran into stumbling blocks in the form of cooling housing markets, stiffer competition from rival lenders and tighter regulations on borrowers.

Late last year, Street Capital changed course, halting investments to replace its core banking system and announcing a “realignment” plan that included job cuts. Days later, on Christmas Eve, board chair Alan Silber announced he would step down after more than 30 years with the company, and was replaced by director Lea Ray in the new year.

Street Capital has been looking to raise money ever since. But the hunt for a lifeline took on greater urgency earlier this year when the Office of the Superintendent of Financial Institutions (OSFI) intervened with the lender, inquiring about its plans to recapitalize, according to sources who were not authorized to discuss the matter.

Street Capital now has more than $1-billion in assets on its balance sheet, including about $780-million in mortgage loans. Yet, as the bank began to deploy funds toward those loans, OSFI raised questions about whether Street Capital was adequately capitalized, as its leverage ratio – which measures the company’s capital relative to exposures both on and off its balance sheet – dipped to 9.2 per cent in the first quarter this year from 12.7 per cent in the first quarter of 2018.

Street Capital has said in company filings that it is “fully compliant” with its targets for capital and its leverage ratio, as of March 31, but its capacity to issue new mortgages will depend on its funding and capital levels. It also disclosed that it is “exploring various alternatives to strengthen the Bank’s capital base,” which could include “a new capital raise” that would dilute the stakes held by existing shareholders, a sale of assets, or a “merger with a third party.”

During the first three months of the year, Street Capital lost nearly $1.7-million as profit was hampered partly by restructuring costs. In January, Street Capital cut about 30 jobs – or roughly 10 per cent of staff – and recorded a one-time $2.1-million charge. 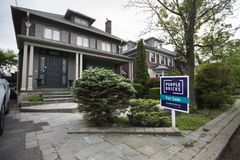 Canadian households are spending more than ever on debt payments
June 13, 2019 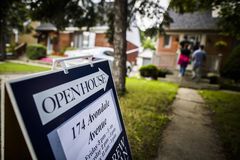 Follow James Bradshaw and Janet McFarland on Twitter @jembradshaw @JMcFarlandGlobe
Report an error Editorial code of conduct
Due to technical reasons, we have temporarily removed commenting from our articles. We hope to have this fixed soon. Thank you for your patience. If you are looking to give feedback on our new site, please send it along to feedback@globeandmail.com. If you want to write a letter to the editor, please forward to letters@globeandmail.com.
Comments