Sun Life Financial Inc. will double the size of its U.S. employee benefits business with the US$2.48-billion purchase of oral health provider DentaQuest, vaulting the insurer into the underserved market for government-funded dental care.

Toronto-based Sun Life announced on Sunday it will purchase Boston-based DentaQuest, one of the largest providers of Medicaid dental benefits in the United States, employing about 2,400 workers in 36 states and servicing more than 33 million members. Dentaquest also caters to employers and individual customers.

The deal, which is expected to close during the first half of 2022, will be financed using cash and debt – and will see DentaQuest’s minority shareholder, Centerbridge Partners LP, sell its stake.

“We were looking at ways to add scale and capabilities in our U.S. group benefits space, and to be quite frank, we were smaller than we would have liked to have been on the dental side, “ Sun Life chief executive officer Kevin Strain said in a Monday interview with The Globe and Mail.

“When this transaction came up, it lifted us significantly, obviously on the dental side, but it also introduced us to – and this had not been on our radar prior to this – a business that was significant in the Medicare and Medicaid space.”

The deal will add US$100-million in underlying profit in the first full year after closing and boost the contribution of the U.S. division to Sun Life’s total underlying profit to more than 19 per cent, up from 16 per cent at the end of 2020, Sun Life chief financial officer Manjit Singh said during an analyst call.

“It adds significant scale to employee benefits, contributes even more diversification by entering into the government-programs space and increases our focus on capital-light health businesses,” Mr. Singh said.

The acquisition is expected to be immediately accretive to profits, Mr. Strain said, adding approximately 17 cents to its underlying annual earnings per share.

The deal is the latest in a handful of acquisitions Sun Life has made over the past six years, including the purchase of health care insurer; Pinnacle Care earlier this year and digital health care provider Maxwell Health in 2018.

National Bank research analyst, Gabriel Dechaine said the acquisition is a “financially attractive” deal that includes the addition of a large government program business that could see the pool of “potential members expand significantly if President Biden’s “Build Back Better” bill passes, and could expand dental coverage to all Medicare recipients.”

DentaQuest will become part of the Sun Life U.S. business and and continue to operate its network of about 117,000 dentists across the country. The company, which will retain its executive team, focuses on underserved communities and underserved populations.

“These populations often can’t find dentists who are willing to participate in Medicaid programs and a big part of what DentaQuest has done is bring access to dental care for people who had great difficulty accessing that there,” Dan Fishbein, president of Sun Life U.S., said in an interview.

“They have done a great job of finding very creative ways and approaches to expand access to previously underserved populations – and there may even be some opportunities for us to use that expertise outside the U.S. as well.

“There are certainly underserved communities in Canada and we would love to explore in the future how we could leverage some of that north of the border as well.” 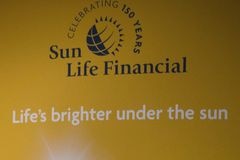 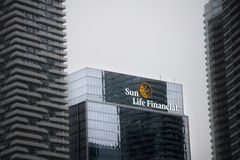