Sun Life Financial Inc. has told its 12,000 Canadian employees they must receive the COVID-19 vaccination in order to return to offices in three major Canadian cities, becoming one of the first federally regulated financial institutions to mandate vaccinations for its staff.

Canada’s second-largest insurer announced the vaccination requirement in an internal memo on Tuesday afternoon, saying employees who have volunteered in a return to work pilot project in offices in Toronto, Montreal and Waterloo, Ont., “must attest to having received all recommended doses of the approved COVID-19 vaccine at least 14 days prior to first entering the office.”

Sun Life’s return-to-work policy has been planned in phases, with the most recent, Phase 2, beginning on or around Sept. 20, at a 25-per-cent capacity for each of the three offices, according to the internal memo obtained by The Globe and Mail. The insurer began working on the pilot project prior to last week’s announcement by the federal government that COVID-19 vaccinations will be mandatory across the federal public service as early as next month in order to help increase the number of fully vaccinated Canadians.

A Sun life spokesperson told the Globe the company have not made “any decisions regarding vaccinations beyond the pilots” but will be “monitoring the case numbers, vaccination rates and the delta variant closely.”

Last month, Sun Life was one of the first Canadian companies to commit to a flexible return-to-work arrangement where employees will not be required to work from the office any minimum or maximum number of days each week.

Just 2 per cent of Sun Life employees – those deemed “essential workers” – have been accessing office buildings (and they do not currently require a vaccination to enter the buildings).

The internal memo indicated that if any “essential workers” were not able to “attest” to receiving the recommended doses of a vaccination, they must participate in the company’s rapid-test screening program, which it began piloting in May.

Canada’s largest banks have yet to make firm decisions about whether to require vaccination for employees returning to the workplace. As recently as a month ago, none of the major banks intended to mandate vaccinations as they drafted plans to start bringing more employees back to offices.

But senior bankers have taken note of the federal government’s announcement last Friday that it “expects” federally regulated employers, such as banks and telecommunications companies, to require their employees be vaccinated to work onsite. The government pledged in a news release to work with those employers “to ensure this result.”

Senior civil servants briefed the chief executive officers of the country’s major banks ahead of that announcement, emphasizing there would be no hard mandate on banks, according to four sources familiar with the discussion.

The Globe and Mail is not identifying the sources because they are not authorized to discuss the banks’ communications with government.

Banks are wary about wading into a debate that has become a key issue in the early days of the current federal election campaign. But they also face practical obstacles to implementing vaccination mandates. Most notably, employees who work in capital markets are regulated by provinces, but often work under the same roof as colleagues who are federally regulated.

Any mandate would also need to be tailored to an array of different regulations and legal considerations in countries where Canadian banks do business abroad.

Darryl Hiscocks, an employment lawyer with Torys LP, said while the government announcement provides guidance for some of Canada’s largest federally regulated companies, it doesn’t cover the vast majority of employees who are provincially or territorially regulated.

At the same time, he said, the federal government has not provided any specific guidance beyond its announcement about how employees who fail or refuse to get vaccinated can be dealt with by their employers.

“It’s one thing as the government to say that you’re going to mandate vaccination, which in itself invites Charter or human rights challenges, but it’s quite another to say what the specific consequences will be for employees failing or refusing to vaccinate – and so far the government appears to have understandably been dodging that question.” 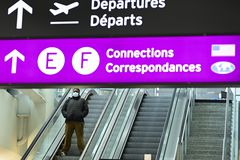 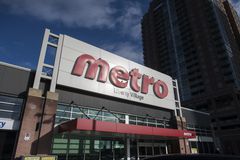 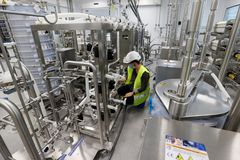