The beleaguered Terra Nova oilfield off the coast of Newfoundland and Labrador could live to pump another day after its owners reached a restructuring agreement in the eleventh hour Wednesday.

The oilfield’s seven owners will shuffle their shares and provide short-term funding for the project, rather than abandon the field entirely, a news release from Suncor Energy Inc. said.

The announcement comes a day after the company was expected to deliver a decision about whether the field would be shut down for good.

“Although this agreement in principle is not a guarantee, it sets a path forward in the next few months to secure a return to operations for many years to come,” company president and chief executive officer Mark Little said in the release.

By Suncor’s estimates, there are still 80 million barrels of oil left in the Terra Nova field.

Calgary-based Suncor Energy is the minority owner of the field and its stake in the project will increase to 48 per cent from about 38 per cent as part of the agreement, the release said.

Details about the other partners, including which companies might be selling their stakes and for how much, weren’t immediately available.

The agreement must still be approved and finalized, and is contingent upon the Newfoundland and Labrador government coming through with its promise of more than $500-million in cash and royalty adjustments, the release said.

The Terra Nova oilfield is one of four offshore oil installations in the province and sits about 350 kilometres southeast of St. John’s. It hasn’t produced oil since December 2019.

The field operates using a series of wells drilled into the seabed and connected to a massive floating production and storage vessel through a network of cables and pipes.

All that infrastructure needs extensive maintenance and retrofitting work in order to keep the oil pumping, but Little has said that after the COVID-19 pandemic and a global crash in oil priced, not all of the project’s partners were still on board to foot the bill.

By late 2020, when the work should have been completed, the vessel was bobbing in the water near St. John’s, dormant and nearly deserted.

Dave Mercer, president of the union representing the oilfield’s workers, said the news was an enormous relief.

“I’m elated that families can stay together and keep their mortgages and keep their homes,” the Unifor Local 2121 president said in an interview Wednesday night, referring to the Terra Nova workers whose futures have been hanging in the balance.

In the months before production was halted in December 19, the Terra Nova field directly employed just over 1,000 people in the province, Suncor data shows. By March 2021, only 445 were left.

It’s been an emotional and difficult time for the workers, whether they have managed to keep their jobs or not, Mercer said.

About 100 of them rallied at the provincial legislature last week in support of the project. Though politicians belted out messages of strength and hope, some people in the crowd had tears in their eyes.

There was a heaviness, Mercer agreed, but now that can lift, he said.

“Don’t get me wrong, there still a lot of paperwork ... and obviously it’s agreement in principle,” he said. “But it’s the best knows that we could ever ask for at this time.”

Suncor and the project’s newly restructured partners will make a decision in the fall about proceeding with the work required to suck the remaining barrels of oil from the sea bed, Wednesday’s statement said.

Premier Andrew Furey and Energy Minister Andrew Parsons issued a joint statement, saying they were happy with the news.

“We are optimistic that there will be even brighter days ahead for the employees and our province,” they said. 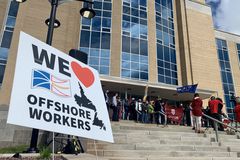 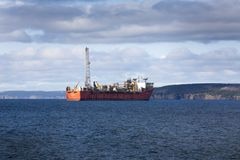 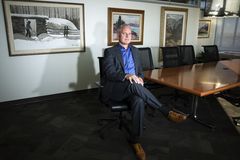