The combination of Canada’s No. 1 and No. 4 airlines will be good for the domestic aviation industry, bolstering the global clout of Canada’s flag carrier amid heightened competition with foreign airlines, says Stephen Hunter, chief executive officer of Sunwing, a Toronto-based carrier that flies to southern sun destinations.

Air Canada’s takeover of Transat, under review by regulators in Ottawa and Europe, will ensure Canada’s main airline can withstand competition from Air France, Lufthansa and other global carriers, Mr. Hunter said. Those carriers, propped up by their home countries in the pandemic with billions in loans, grants and other aid, are increasing their shares of the Canadian market as Canadian carriers slash routes to reduce their losses and stay alive.

Mr. Hunter said he supports the deal even though Sunwing and Transat are direct rivals that sell airfare and tour packages, and the takeover would allow Air Canada to solidify its status as Canada’s dominant airline.

“Unless we want Canada completely controlled by foreign carriers, we have to allow this,” Mr. Hunter said by phone. “Our main fear is, and what we’ve got to watch out for, is all the European and other international carriers coming in and taking market share away from Canadian airlines. And this is one way to defend them.”

Ottawa has provided wage subsidies to thousands of laid-off airline employees, and access to loans, has yet to conclude aid talks with airlines.

Jacques Roy, a professor of transportation and logistics at HEC Montreal, said a combined Air Canada-Transat would pose a formidable rival to Sunwing. “It would have an impact,” Prof. Roy said. “Air Canada is also selling seats to Mexico and the Caribbean and so on, and so is Transat. If you put the two together it makes for stronger competition.”

Mr. Hunter said Sunwing has asked the government for greater access to airport gate slots in Montreal, where Air Canada-Transat would command a majority presence. But the airline has not opposed the deal, even though Air Canada will become the biggest Canadian player in southern markets should it proceed.

Sunwing is dominant in Mexican, South American and Caribbean markets. Transat flies south but has a greater presence in Spain, Portugal and other European vacation spots.

Mr. Hunter is confident the airline founded by his father, Colin Hunter, will persist. “Competition is healthy,” Mr. Hunter said. “I don’t mind whether it’s Transat, Air Canada or WestJet. We will compete as we’ve done in the last 20 years with any of them.”

Privately owned Sunwing employed about 2,700 people before the pandemic upended the global aviation business and sent global demand for seats down by about 90 per cent. Sunwing halted flights in late March and resumed in November. Sunwing’s fleet consists of 12 leased Boeing 737-800s, half of which are in storage, and four leased Boeing 737 Max jets, none of which are in service, according to aviation consultancy Cirium.

Air Canada’s $180-million takeover of Transat is awaiting approval by the European Commission’s antitrust regulator and Canada’s federal cabinet. Decisions, which could include rejection or approval with attached conditions, are expected in the coming days or weeks. Feb. 15 is the date on which the deal could fall apart without agreement from both companies.

Sunwing’s support, made in submissions to the government, contrasts with that of WestJet Airlines Ltd., the second-biggest airline. The Calgary-based carrier has urged regulators on both sides of the Atlantic to reject the deal, or impose conditions that would loosen Air Canada’s grip on seat sales and airport slots.

Canada’s Competition Bureau in March criticized the takeover as bad for consumer choice, noting the combined companies would command 60 per cent of transatlantic travel from Canada and reduced competition or a monopoly on 83 routes between Canada and Europe, Mexico, Central America, the Caribbean, Florida and South America. 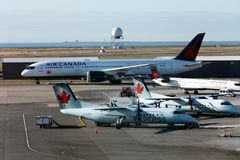 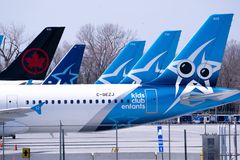 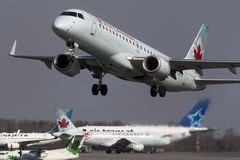