The federal government will lend Sunwing Airlines and Sunwing Vacations as much as $100-million to provide refunds to customers whose trips were cancelled because of the COVID-19 pandemic.

The taxpayer bailout announced on Friday is in addition to a loan worth up to $348-million the government extended to the Toronto-based airline and tour operator earlier in 2021.

Tread cautiously with airline stocks like Air Canada, even with business travel returning

The loan is repayable, and comes after the government made similar, larger loans to Air Canada and Transat AT Inc. for operational purposes as well as customer refunds. Talks on loans for refunds with WestJet Airlines and Porter Airlines are continuing.

Andy Jones of Fredericton said he will apply for a refund worth $5,100 – the amount he paid Sunwing for a two-week Cuban vacation with his wife that was scheduled for the end of March, 2020. He received a credit for the full amount from Sunwing after the cancellation, and plans to travel with the company next spring. But he wants the cash, not a credit.

“The only thing that made me nervous was that they would go bankrupt and I would lose everything,” Mr. Jones said by phone.

Sunwing customers have until Aug. 27 to request refunds, the government said.

Customers who want to keep their credits are not required to take any action, Sunwing said. The credits are good until Sept. 30, 2026.

Sunwing suspended its flights to resorts in Mexico, Florida, the Caribbean and Central America on Jan. 31 and is scheduled to resume them on July 29. In 2020, it halted operations between late March and November.

Privately controlled by the Hunter family, Sunwing has a fleet of about 16 leased Boeing 737s, and employed about 3,000 people in Canada before the pandemic. German travel conglomerate TUI Group owns a 49-per-cent minority stake in the company.

Canadian airlines refused to refund customers’ money for flights cancelled during the pandemic, which closed borders and halted most air travel. Last fall, WestJet began offering refunds for tickets the airline – not the customer – cancelled. But the other airlines stuck to their policies of only issuing vouchers or credits, angering many people who had no plans or desire to travel.

The airline regulator, the Canadian Transportation Agency, supported the airlines’ position by saying a requirement to provide billions in refunds would financially ruin the industry.

However, the agency said customers who were unhappy with vouchers could file a complaint with it. On Friday, the CTA said 668 people filed complaints over Sunwing’s refund refusals. The U.S. Department of Transport said it received 47 refund complaints about Sunwing.

The Canadian government in April gave Air Canada a $5.9-billion bailout loan, $1.4-billion of which is for customer refunds.

Transat received $700-million, of which $310-million is to provide refunds to customers who request them.

The CTA has received more than 15,000 complaints from airline customers since mid-March, 2020, of which 9,000 are related to refund requests. Air Canada, the largest airline, accounted for 2,300 refund complaints, followed by WestJet at 3,054 and Transat at 1,200.

Canada’s approach to refunds amid a collapse in demand for air travel contrasts with that of the United States, where foreign and domestic carriers were ordered to give back customers’ money.

The Department of Transport said June 15 it is seeking a civil penalty against Air Canada worth US$25-million over its refund refusals. The U.S. government received about 6,000 refund complaints over Air Canada’s policies, by far the most of any carrier. 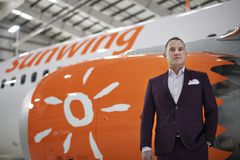 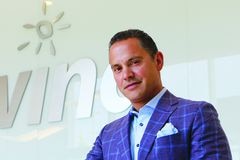 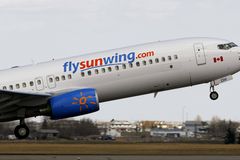