Canada’s top court has ruled that business customers of Telus Corp. cannot take part in a class-action lawsuit over cellphone billing and must instead arbitrate their claims against the company, a decision that comes amid growing concern about the use of mandatory arbitration clauses.

The case raised questions about standard-form contracts used by large corporations – such as for cellphone service agreements – that include provisions requiring any dispute over contract terms to be determined through private mediation and arbitration instead of through the public court system.

Consumer-protection legislation invalidated arbitration clauses with respect to individual customers in the case, permitting them to proceed with a class action. But in a divided ruling in which five of nine justices found in favour of Telus, the Supreme Court said Thursday that the company’s business clients contracted to resolve their claims through arbitration and are bound by that agreement.

Telus spokeswoman Jacinthe Beaulieu said the decision speaks to the “virtues of commercial arbitration as an effective and appropriate method of resolving disputes.” She said the Canadian Chamber of Commerce and the Canadian Federation of Independent Business both supported the company in the appeal and added, “Arbitration supports our desire to resolve issues directly with our business customers in a manner that is simple, timely and cost-effective for them.”

But critics, including the four Supreme Court justices who signed a dissenting opinion, question the idea that business customers in a case such as this - involving a non-negotiable, standard-form agreement - willingly agree to arbitrate any disputes.

“Parties to mandatory individual arbitration clauses cannot … reasonably be said to have ‘come to the table’ and bargained since there is no bargaining table. That individuals and companies sign these contracts is a function not of bargaining choices, but of an absence of choice," wrote the dissenting justices.

According to the dissent, the majority’s approach creates “a dispute-resolution universe that has the effect of forcing litigants to spend thousands of dollars to resolve a dispute worth a fraction of that cost.”

Joel Rochon, a lawyer who acted for the class-action plaintiffs, said the majority took a narrow approach focused on the strict interpretation of the applicable legislation, rather than taking the larger context into account.

“Arbitration clauses are front and centre North America-wide if not worldwide right now. These clauses have negative effects on providing access to justice to millions and millions of consumers that are forced to enter into agreements with major service providers.”

In January, the Ontario Court of Appeal determined that an arbitration clause in Uber Technologies Inc.'s contracts with its drivers was invalid and permitted a class-action case against the company to proceed.

In the Telus case, Avraham Wellman filed a proposed class action in Ontario regarding the telecom company’s practice between 2006 and 2010 of rounding up to the next minute for voice calling charges. At that time, wireless carriers typically offered monthly plans with a set number of minutes of talk time. In the case of the Telus contracts, if a call lasted one minute and one second, for example, the charge would be rounded up to two minutes.

The proposed class action involves two million Ontario residents who entered into per-minute billing plans with Telus between August, 2006, and July, 2010. About 1.4 million of the class members are individuals who purchased plans for personal use, while about 600,000 are customers who purchased plans for business use. The lawsuit claimed $500-million in damages and $20-million in punitive damages on behalf of the class of plaintiffs.

Annie Tayyab, a lawyer with Toronto litigation firm Affleck Greene McMurtry LLP (which was not involved in the case), called the Supreme Court ruling “a fairly big win for Telus.”

“Now each business customer is going to have to decide if they want to pursue arbitration [against Telus] or not,” she said. “For other larger companies who do use standard form contracts with arbitration clauses, I would think they would feel much more confident in continuing to use those and trying to continue to enforce those against even smaller businesses.”

David Fewer is executive director of the Canadian Internet Policy and Public Interest Clinic at the University of Ottawa, which intervened in the Supreme Court case: He said the case leaves open the difficult issue of drawing a distinction between a business and personal customer at a time when people use their smartphones extensively for both work and play.

“There are genuine questions about who is a consumer in this economy,” he said. 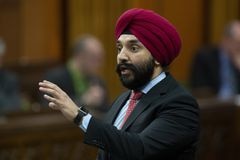