Swedish prosecutors have expanded a criminal probe of Bombardier Inc.’s business activities in Azerbaijan to include allegations of money laundering, according to court documents that zero in on the banking activity of the Canadian transportation giant’s former Russian partners.

The prosecutors, who allege tens of millions of dollars were siphoned off a 2013 deal to install rail-signalling equipment in the former Soviet republic, were granted access to the records of nine Swiss bank accounts associated with shell companies controlled by a quartet of Russian businessmen who partnered with the Canadian transportation giant on the project.

After a prolonged legal battle, Switzerland’s top court granted the Swedish request to see the banking records. Prosecutors requested information about the accounts because the shell companies were under investigation “for corruption offences and money laundering in connection with a tendering process of the state railway company in Azerbaijan,” according to the ruling.

While the corruption allegations have been widely known since 2017, the allegations of money laundering add a new dimension to the prosecution’s case and threaten to further complicate Bombardier’s efforts to move on from a years-long drama surrounding its business dealings in Russia and surrounding countries.

In 2016, a Globe and Mail investigation revealed that Multiserv Overseas, which is registered at a London law office and has a nominal director living in Cyprus, had no apparent business purpose.

The Swedish prosecutors have also obtained access to Swiss accounts associated with the Belize-registered Renson Trading Ltd., which is the controlling owner of Multiserv Overseas, according to British corporate records.

The decision was handed down by Switzerland’s Federal Supreme Court in July. Lawyers for the shell companies had argued the request should be dismissed, because the prosecutors’ case was based on “stolen” materials such as the 2016 Panama Papers leaks, which exposed the beneficial owners of millions of shell companies.

Olivier Marcil, Bombardier’s vice-president of external relations, said last week the company was not aware of any new charges and could not comment on the Swiss court proceedings.

“It appears that the Swedish authorities are looking at a new legal angle or theory based on Swedish money laundering statutes. Bombardier was not a party to the Swiss matter, and at this point, we are unable to comment further as no new claims have been brought to our attention and no new information has been provided,” he said in an e-mailed reply to questions from The Globe.

Evgeny Pavlov, a regional sales manager at Bombardier Transportation Sweden, the entity that was responsible for the Azerbaijan office, was acquitted by a Stockholm court in 2017 of a bribery charge.

Sweden’s National Anti-Corruption Unit is appealing that decision and is also expected to indict at least two other Bombardier Transportation Sweden executives over the Azerbaijan affair. Among those named as suspects in Swedish court documents are Peter Cedervall, who in 2013 was president of the Bombardier Transportation’s Stockholm-based rail control solutions division, and Thomas Bimer, then a regional vice-president and director of sales.

Bombardier’s most recent quarterly report to shareholders, published in June, said that while the company’s own internal investigation into the Azerbaijan deal was continuing, “no evidence has been uncovered of any corrupt payments made or offered by the corporation to any public official.”

Asked about the employment statuses of Mr. Pavlov, Mr. Cedervall and Mr. Bimer, Mr. Marcil replied: “The employees involved in the contracting process for the Azerbaijan project have left the company.” He did not explain why, or under what conditions, the men had left the company.

Despite not being identified as an official partner on the US$340-million Azerbaijan deal, Multiserv Overseas served as a profit-taking middleman on the project, according to documents reviewed by The Globe. Bombardier sold its signature EbiLock-950 rail-signalling systems to Multiserv Overseas for US$20-million. The shell company, which never took possession of the equipment, then sold the same units to Bombardier’s local partner in Azerbaijan for US$104-million.

Another shell company named in the Swiss court documents is Rambo Management, a company that Bombardier says it has no relationship with. Rambo was paid US$23-million by Multiserv Overseas for selling it Bombardier equipment, according to documents made public during the Panama Papers leak.

The fourth shell company named in the Swiss courts was Randinger Inc., a Panama-based entity that shares the same Cyprus office address as the director of Multiserv Overseas, according to incorporation records.

RVMH Avocats, the law firm that represented the shell companies in the Swiss court action, did not reply to e-mails requesting an interview.

The World Bank, which provided 85 per cent of the funding for the Azerbaijan project, is also conducting an audit of how the contract was awarded. The interim findings of the audit, obtained earlier this year by The Globe, contend the Swedish and Russian units of Bombardier Transportation won the 2013 bid via “collusive, corrupt, fraudulent and obstructive practices.” The involvement of Multiserv Overseas and another shell company in the Azerbaijan deal is described in the World Bank document as a “sham” that was used as cover for distributing bribes.

Multiserv Overseas was founded by Yuriy Obodovskiy, a Russian rail insider who also served on the board of a Bombardier-Russian Railways joint venture called Elteza. Rambo Management is controlled by another railway industry kingpin, Alexey Krapivin.

The two men are identified in internal Bombardier documents as the company’s “Russian partners” alongside two other individuals, Valery Markelov and Boris Usherovich, who are also under investigation in Russia on corruption charges. Mr. Markelov was arrested and jailed last year, accused of paying millions of dollars in bribes to an Interior Ministry official.

Mr. Krapivin and Mr. Obodovskiy are referred to in Bombardier internal documents as associates of former Russian Railways head Vladimir Yakunin. Mr. Yakunin, who is a long-time confidant of Russian President Vladimir Putin, has repeatedly denied any business relationship with Mr. Krapivin or Mr. Obodovskiy.

The men referred to in Bombardier internal documents as its four “Russian partners” were key figures at the Moscow-headquartered Group 1520, the largest contractor serving Russian Railways.

Bombardier has recently moved to disentangle itself from Group 1520 and the once-promising Russian rail business. That effort has included bringing an end to its involvement in Elteza, a partnership between Bombardier and Russian Railways that was launched at a high-profile 2010 signing ceremony in Moscow featuring Mr. Yakunin and Bombardier’s then-chief executive officer Pierre Beaudoin.

However, Bombardier documents made public by a Swedish court revealed that Bombardier’s stake in Elteza was far smaller than the company announced at the time, when Bombardier said it was buying just under 50 per cent of Elteza via a vehicle called BT Signalling BV. In fact Bombardier was a minority shareholder in BT Signalling BV, which had two additional, unpublicized partners: Cyprus-based shell companies controlled by Mr. Krapivin and Mr. Obodovsky.

Mr. Marcil said Bombardier has “over the last months” sold all its shares in Elteza to Group 1520, though he said Bombardier would continue to act as a supplier to the Russian market, having granted Elteza a licence to sell its signalling equipment.

“As our activities in Russia were minimal (accounting for less than 1 per cent of our total BT revenues for 2018), the right conclusion was to monetize our portion of the joint venture,” Mr. Marcil said. “For the short to medium terms, we will focus our business activities within this market on equipment, engineering services and licences.” 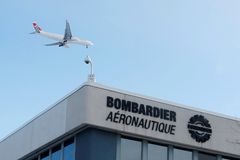 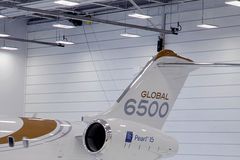