Acquisitions in Canada by foreign buyers are already approaching the dollar value for all of 2018, as confidence in the economy trumps rising global trade tension and a dearth of deals in the oil patch.

Deals announced in the first half of 2019 topped $39.3-billion, only slightly less than the $40.2-billion worth of deals in all of 2018, a year considered to have been brisk for deal-making by foreigners, according to figures from the law firm Torys LLP.

Based on announced transactions and those the firm knows are being discussed, it is shaping up to be a strong year, though it is too early to predict a record, said Cornell Wright, co-head of Torys’ mergers and acquisitions practice.

“M&A is driven principally by confidence and confidence remains high. You’ve got a good macro environment, and you’ve got great targets and great opportunities in Canada," Mr. Wright said.

At the start of the year, trade tension between Canada and China boiled over after the arrest in Vancouver of Meng Wanzhou, chief financial officer of Huawei Technologies Co. Ltd., on an extradition request from the United States. That only added to investor uncertainty over trade between the United States and China, which has since become a tariff war. The frayed relations threatened to shake the confidence of buyers, but the statistics show that has yet to stall merger and acquisition activity.

The number of economic net-benefit reviews by Investment Canada has tailed off since the deal-value thresholds were increased two years ago. Now, those reviews take place for deals that are more than $1.568-billion in enterprise value for most private-sector investors, Torys noted. That is up from $800-million in 2016. In the first half of this year, there were just two of that size – Altria Group’s $2.4-billion investment in Cronos Group Inc., the cannabis company, and Newmont’s acquisition of Goldcorp.

Instead, the government has concentrated on national-security-based reviews, which have largely involved buyers from China. After such a probe last year, Ottawa quashed the $1.5-billion takeover of construction firm Aecon Group Inc. by China Communications Construction Co. Ltd., citing security concerns.

In overall Canadian M&A so far this year, the value of deals in public and private markets totalled US$73-billion, down from US$93-billion in the same period of 2018, according to PricewaterhouseCoopers LLP.

Corporate transactions accounted for 71 per cent of all deals, including eight worth more than US$1-billion, while the remaining 29 per cent of deals were completed by private-equity firms and pension plans, PwC said.

The downturn in the energy sector – once fertile ground for M&A – has not let up, with the bulk of activity in recent years driven by foreign companies selling operations rather than waiting for new pipelines to clear regulatory hurdles. That trend was marked in the first half by Devon Energy Corp.’s sale of its remaining oil sands business to Canadian Natural Resources Ltd. for $3.8-billion.

The sector’s uncertainty was on full display in January when Husky Energy Inc. walked away from its $2.5-billion hostile takeover bid for MEG Energy Corp. just as the offer expired. Meanwhile, producers, including Cenovus Energy Inc., have taken assets earmarked for sale off the block due to disappointing offers, Torys said.

“Even with strong oil prices and fundamentals, in order to achieve meaningful improvement in deal activity, investors will need to rebuild their confidence in the Canadian regulatory and political climate and prioritize capital spending in the sector,” Torys said.

​ Your time is valuable. Have the Top Business Headlines newsletter conveniently delivered to your inbox in the morning or evening. Sign up today. 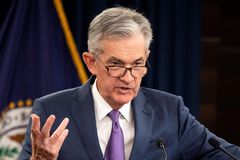 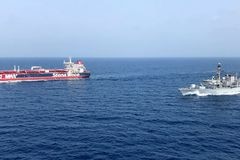 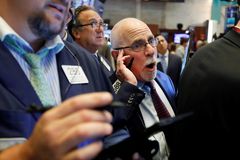