Acacia Mining PLC is facing a new threat to its African gold-mining operations, as it pushes for a higher takeover offer from parent company Barrick Gold Corp.

In a statement on Wednesday, Acacia said that Tanzania’s environment regulator has ordered it to close the tailings management facility at its North Mara mine by Saturday morning, citing a “failure to contain and prevent seepage.”

The directive threatens to cripple production at the mine, which accounted for about two-thirds of Acacia’s gold output last year.

The development isn’t coming entirely out of the blue. In May, Acacia was fined for environmental breaches at North Mara, and in January, Tanzania told Acacia it must completely rebuild and redesign the facility.

Acacia said it has “never received any supporting reports, findings or technical data” from the environmental regulator to back up its allegations.

The imminent shutdown marks a new low in the already poor relationship between Acacia and Tanzania, and puts the company in a weakened state as Toronto-based Barrick circles with a takeover offer.

In May, Barrick said it was willing to pay US$285-million in stock for the 36.1 per cent of Acacia it doesn’t already own, or about 9 per cent below the market value for the company at the time. Barrick, which owns 63.9 per cent of Acacia, has until Friday to table a formal takeover offer or walk away.

A number of Acacia’s minority shareholders have slammed Barrick’s proposal for Acacia as opportunistic. But chief executive Mark Bristow has repeatedly said he has no intention of increasing the offer.

John Ing, analyst with Maison Placements, said that as much as he understands the push for a higher offer, with no one else bidding, and the bad blood in Tanzania, Acacia may have no choice but to accept what’s on the table.

“Never let the sun set on a good bid,” Mr. Ing said, referring to a well-known trader’s adage: Sometimes it’s better to opt for the sure thing in a takeover scenario, because the alternative may be worse.

In 2017, the Tanzanian government accused Acacia of US$200-billion in tax fraud and banned it from exporting gold concentrate. Tanzania has refused, for the most part, to even engage with Acacia in talks to end the dispute. Barrick, as Acacia’s biggest shareholder, instead has been negotiating on its behalf. Last year, three current or former Acacia employees were charged with criminal money-laundering offences and imprisoned without chance of bail.

If Barrick and Acacia are unable to reach agreement on terms of a takeover, Acacia will start international arbitration proceedings to try to end the tax dispute with Tanzania. The first hearing is scheduled for Monday, but Acacia has requested that it be postponed as Barrick continues to engage in talks with the Tanzanian government.

The only sure thing about arbitration is it’s a slow process. Earlier this week, Barrick itself won a multibillion-dollar payout in a long-running dispute with Pakistan over a mining lease, but it took seven years to reach a conclusion and some observers say Barrick won’t actually get paid in the end due to Pakistan’s dire finances.

Andrew Kaip, analyst with BMO Nesbitt Burns Inc., says that Acacia should strike a deal with Barrick, especially considering Mr. Bristow has an agreement in place to end the fracas if Acacia acquiesces.

“A lot of the problems would go away with this deal,” Mr. Kaip said in an interview.

On two separate occasions, Barrick has announced tentative agreements that would have seen Acacia pay a US$300-million penalty to Tanzania to end the dispute, but neither pact got over the finishing line. In May, Barrick said that Tanzania won’t sign any accord as long as Acacia remains as a counterparty. 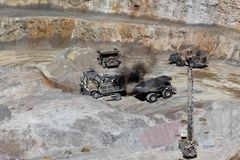 Barrick doubles down on allegations of overvaluation by Acacia Subscriber content
June 26, 2019 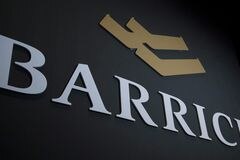