Alberta’s carbon-tax opponents have painted the taxes as anti-competitive job killers that devastate the province’s vital oil industry. Wait until they see the alternative that the country’s conservative politicians are embracing.

Premier Jason Kenney and his United Conservative Party’s resounding election victory this spring was in no small part due to their pledge to rid the province of the wildly unpopular carbon tax imposed by his predecessor, Rachel Notley. The repeal was, in fact, the new government’s first piece of legislation, Job One on their to-do list. Now, with the federal government poised to impose its own carbon tax on the province, Mr. Kenney has launched a constitutional challenge in court to block it. To say this is a big issue for him is an understatement; for many of the people who elected him, it’s the issue.

While this issue particularly resonates in Alberta, the heart of the country’s huge (and currently struggling) oil and gas sector, Mr. Kenney is far from alone among conservative political leaders loudly denouncing carbon taxes. In Ontario, Premier Doug Ford killed the province’s cap-and-trade carbon program in short order after his election last year, and his government, too, has challenged the federal carbon tax in court. Right-leaning governments in Saskatchewan, Manitoba and New Brunswick also oppose the federal levy, which Ottawa applies to any province that doesn’t have its own plan imposing a price on carbon emissions. Federal Conservative Party Leader Andrew Scheer has vowed to scrap the federal tax if his party wins power in this fall’s election.

This wave of conservative backlash against carbon taxation shouldn’t be construed as a right-wing denial that there is a serious environmental threat from carbon emissions, nor that Canadians should do nothing to reduce our carbon footprint. The main thrust of their beef is that hard-working, long-suffering consumers (a.k.a. voters) shouldn’t be the ones footing the bill.

Mr. Kenney in Alberta will rely on levies on the province’s biggest industrial facilities to do the “heavy lifting,” as he put it, on carbon reductions. His approach has gained traction among conservative leaders in other parts of the country, too; both Mr. Ford’s plan in Ontario and Mr. Scheer’s climate platform for the coming federal election focus their attention on getting large industrial emitters to shoulder the carbon burden. The notion is that we should punish the “polluters” rather than the “commuters,” as Mr. Ford and his colleagues have framed it in rhyme.

Of course, this notion that someone needs to be punished misses the point of carbon taxes entirely. The point is to use the most powerful force in the free market – pricing – to alter consumption behaviours. Economists pretty broadly agree that putting a price on carbon for everyone is the most efficient and least distorting way for policy to influence consumption. Frankly, it’s a very conservative approach to the problem – let the market make the choices and sort out the winners and losers, and keep the heavy hand of government regulation out of big business.

But while “polluters not commuters” may not be true to conservative economic sensibilities, it is catnip for voters – it addresses something the vast majority of Canadians agree is a problem, without people having to pay for it themselves. Well, the people still do ultimately pay for it – higher costs for big business do get passed down to customers, they do weigh on employment and business investment, they do ultimately impose a drag on an economy that everyone pays for. But if the cost is hidden, you can pretend that someone else is paying.

That mentality may have helped get Mr. Kenney elected in Alberta. But its growing momentum in other parts of the country, and especially in the federal Conservatives’ platform, puts Albertans on a very slippery slope.

In an article published this week by the Institute for Research on Public Policy, University of Alberta economist Andrew Leach – who advised Ms. Notley’s government on its climate plan – notes that Alberta, with its huge oil sands operations and its still-heavy reliance on coal-fired power, has by far the highest concentration of large industrial emitters in the country.

The Conservatives’ favoured approach, then, would paint a very big target on the back of Alberta’s oil industry – which, by extension, implies a disproportionate share of the carbon burden on the province’s workers, businesses and its overall economy. Ultimately, the cost imposed on Albertans could make them long for the days before Mr. Kenney rescued them from a carbon tax. 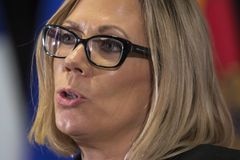 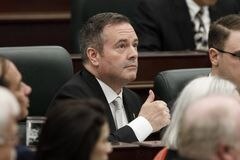 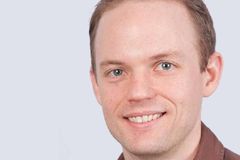