TD Ameritrade Holding Corp. is speeding up a strategy to cut costs and find new ways to make money that would mitigate the impact of lost revenue from a price war in the U.S. discount brokerage market.

Early this month, TD Ameritrade matched aggressive moves by rivals such as Charles Schwab Corp. by cutting commissions for online trading of U.S. stocks, exchange-traded funds and options to zero. The company had anticipated an eventual shift to no-commission trading for some time, but the race to zero unfolded quickly, punching a US$240-million hole in TD Ameritrade’s quarterly revenue projections.

On Tuesday, executives outlined broad plans that include pursuing new growth in Asia, charging more for help and advice, expanding stock lending and reviewing contracts with third parties. Yet most of those initiatives had already been under way for a year or more, prior to the new pricing pressure. And executives offered few specifics about how they will confront a new competitive dynamic in the United States that has upended the economics of online trading. Ameritrade re-affirmed a forecast that its revenue could fall by 15 per cent to 16 per cent as a result of the lost commissions.

TD Ameritrade has been preparing for the possibility that its rivals could move to zero-commission trading since at least 2017. Chief executive Tim Hockey saw it as “an eventuality, although probably not as early as it actually happened," he said on a Tuesday conference call to discuss the company’s fiscal fourth-quarter earnings.

“The good news is we’ve got, I’d like to say, probably 18 months head start doing that work, and so that should just be accelerated now," he said.

The sudden spread of zero-commission trading has important implications for Toronto-Dominion Bank, which owns 43 per cent of Ameritrade. For the quarter ended Sept. 30 – before brokerages cut commission prices – Ameritrade reported profit of US$551-million, and earnings per share rose 25 per cent to US$1. As a major shareholder, TD expects to reap about $301-million in profit from its stake this quarter, but will feel the coming pain from lost trading commissions proportionately.

There are early signs that Ameritrade is adding new customers now that its rivals aren’t undercutting its offerings with lower prices, but the evidence so far is largely “anecdotal," Mr. Hockey said. As the company gauges clients’ reactions, some of Ameritrade’s strategies have been “recalibrated," adding greater urgency to the drive to boost revenue and cut expenses.

“I think the team is actually quite energized to not have that Sword of Damocles hanging over us, which is the price point," Mr. Hockey said. "Yes, [cutting trading commissions] was very painful, and the revenue give-up wasn’t helpful at all, but it’s actually a bit liberating in terms of really trying to understand where we can create value for clients and potentially charge for it.”

As investors await more details from brokerage market leaders on how price cuts are playing out, speculation about mergers and acquisitions has filled the void. Analysts asked six different questions about TD Ameritrade’s appetite to acquire a competitor or sell itself to a larger rival on Tuesday’s call, but Mr. Hockey stuck closely to the standard refrain that the company’s leaders will consider any deal that “makes financial and strategic sense."

He did acknowledge an “elephant in the room” in the form of lingering doubts about Ameritrade’s ability to take bold steps while it searches for Mr. Hockey’s successor as CEO, after a surprise announcement in July that he is stepping down. Mr. Hockey sought to put those concerns to rest by stressing that Ameritrade’s board and management assess deals together, and “it’s more than one person” making the final decision. 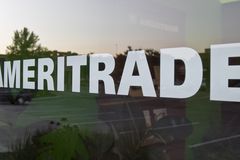 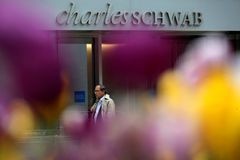