Profits at Canada’s largest banks rebounded faster than anticipated in the third quarter from the shock of the coronavirus pandemic, but executives warned setbacks are likely, and continued to build reserves to absorb higher losses.

Toronto-Dominion Bank and Canadian Imperial Bank of Commerce each posted quarterly profits on Thursday that surpassed analysts’ estimates, wrapping up the banks’ fiscal third-quarter earnings season. Both lenders benefited from surging profits in trading and investment banking, and did not need to set aside as much money to cover defaulting loans as in the previous quarter, in keeping with similar trends at rival banks earlier in the week.

At Royal Bank of Canada and National Bank of Canada, quarterly earnings approached pre-pandemic levels. And although other banks’ profits were still down more sharply from the same period a year earlier – by 34 per cent at Bank of Nova Scotia and 31 per cent at TD – most recovered lost ground after a tumultuous second quarter, despite weaker retail banking activity.

Yet those stronger results were propped up by rare conditions in financial markets that helped drive record profits for the capital markets arms at each of the five largest banks, as well as a range of relief programs for consumers and businesses that lost income because of the pandemic. The next steps in the recovery will be more tentative, and new risks are looming. With payment-deferral programs soon to expire, fears of a second wave of infections as economies reopen and lending margins squeezed by low interest rates, bankers are giving more weight to pessimistic scenarios that forecast a long and uneven recovery.

“We know the road to recovery won’t always be smooth,” Bharat Masrani, TD’s chief executive officer, said on a Thursday conference call. “The unprecedented actions taken by the bank, our industry, governments, central banks and regulators have been critical in helping stave off a deeper crisis. And these measures cannot be sustained indefinitely.”

The extent to which each bank padded its provisions for credit losses – the funds set aside to cover losses when loans default – offers a helpful barometer for the lenders’ confidence in their loans. TD earmarked another $2.2-billion in provisions in the third quarter, on top of $3.2-billion in the previous quarter, mostly for loans that are still current but could be at risk based on economic models. Bank of Montreal took about $1.1-billion in provisions for the second straight quarter, while Scotiabank’s provisions increased to nearly $2.2-billion, as the bank caught up with a lagging surge in COVID-19 infections in its international banking division, which focuses on Latin America.

By contrast, CIBC’s provisions declined substantially from the second quarter, to $525-million, although that was still 80 per cent higher than in the same quarter last year. RBC and National Bank saw the steepest drops in provisions, compared with the previous quarter, to $675-million and $143-million respectively.

Banks have yet to show a meaningful increase in impaired loans, but are padding reserves in anticipation that delinquencies will soon start rising. Hundreds of thousands of payment deferrals expire between now and October, and while banks have seen reassuring signals from clients – new requests for deferrals have tapered off, and upwards of 90 per cent of deferrals that have expired are back to regular payments at some lenders – not all borrowers will recover.

At TD, deferred loan balances have fallen by $14-billion since April, but payments are still on pause for 231,000 loan accounts with balances totalling nearly $46-billion in Canada and the United States, including 12 per cent of its Canadian mortgage book. And CIBC is still deferring payments on $37.7-billion of loans in North America, including $33.3-billion in Canadian mortgages.

Riaz Ahmed, TD’s chief financial officer, said in an interview that as earlier deferrals ran out, TD’s customers have shown “remarkable resilience” in continuing to pay their bills. He said this is partly because many “have built up a fair bit of a safety valve in their cash balances as deposits have surged. We continue to be cautiously optimistic that these trends will continue.”

“The longer-term outlook is still uncertain, and a measure of caution is warranted,” he said. “But so too is some cautious optimism given the positive signs we are seeing.” 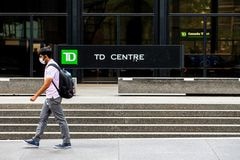 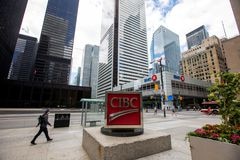 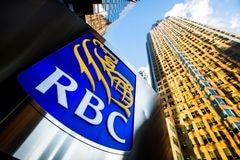