Toronto-Dominion Bank is betting heavily on the success of Air Canada’s takeover of the Aeroplan loyalty program by committing to $1-billion worth of upfront payments and future expenses as the lead financial partner.

Air Canada and its takeover partners – TD, Canadian Imperial Bank of Commerce and Visa Canada Corp. – won a battle in August to acquire Aeroplan from its parent company, Aimia Inc. The deal is set to close in January, 2019.

Until Monday, it was not clear which of the three financial partners would hold the most sway following the purchase, because the deal’s intricate details took months to finalize. But it is clear now that TD is the dominant player, and the bank’s investment signals that it strongly believes the loyalty program will be a key profit driver for the next decade. Its contract with Air Canada will start in 2020 and last until 2030.

The investment caps off a major strategic shift for TD. Until recently, the bank did not have much of a profile in the credit card market, which became problematic as Canadians started buying more with plastic. To change course, TD made a splash by acquiring the Canadian card portfolio of Bank of America Corp. in 2011, then teamed up with Aimia to become Aeroplan’s lead credit card partner in 2014.

The new contract with Air Canada marks an even bigger investment in Aeroplan, with TD agreeing to spend a total of $1.03-billion. The bank will pay $622-million plus any sale taxes to Air Canada, and will also prepay $308-million for the future purchase of loyalty points over the 10-year contract – a cost it would typically incur in the normal course of business as its cardholders redeem their Aeroplan miles.

TD also plans to spend $100-million to help “build the functionality required to facilitate the new program,” according to a statement.

CIBC will take a back seat in the new arrangement. The bank will make two payments to Air Canada: $200-million to participate, as well as $92-million as a prepayment for future Aeroplan miles.

Recently, CIBC has been heavily marketing its Aventura travel rewards credit card, which allows its holders to redeem points for travel on any airline. TD also offers other travel rewards cards, but has not been marketing them nearly to the same extent.

After the takeover closes, Aimia will continue to run as a stand alone company. Its leadership is currently hashing out plans for a future without Aeroplan, which generated roughly 80 per cent of Aimia’s earnings.

The battle for control of Aeroplan, which has five million members, dates back to May, 2017, when Air Canada abruptly announced it would let its current contract with Aeroplan expire in 2020. The airline also unveiled plans to launch an in-house loyalty program.

The news had major implications for both TD and CIBC, because they are currently Aeroplan’s top credit card partners. TD was hit the hardest because it became the lead financial partner in 2014 after former lead partner CIBC disclosed that it was mulling whether to let its Aeroplan contract expire – and TD’s contract terms included paying 15 per cent more per travel-reward point than CIBC paid.

The entire situation changed this past summer when Air Canada and its three partners teamed up on an unsolicited bid to acquire Aeroplan. After their initial offer was rebuffed, TD and CIBC adopted unusually aggressive tones in their communications with Aeroplan cardholders.

At the time, Aimia was revamping Aeroplan into a loyalty program that would allow its members to redeem their miles to fly on any airline. But Air Canada and its bidding partners argued that Aeroplan was in deep trouble without the airline as its major partner, largely because the existing contract had advantageous terms.

As well, there were some worries that battling for customers once Air Canada launched its own program would be an expensive proposition, and that Aeroplan members may need to redeem more points per flight in the future because the preferential terms with Air Canada would no longer apply.

“We have sought, but not received, assurances from Aimia that the Aeroplan program will deliver the value that we and you, as a TD Aeroplan credit cardholder, would expect from Aimia in the long term,” the bank wrote in its August notice to cardholders, which was also posted on its website.

Ultimately, the consortium reached an agreement with Aimia for Aeroplan in late August, a month after its unsolicited bid was first announced. To secure the deal, Air Canada and its partners sweetened their cash offer to $450-million, and Air Canada also assumed Aeroplan’s existing liability for unredeemed points, which is worth $1.9-billion.

At the time of the agreement, National Bank Financial analyst Gabriel Dechaine estimated the program delivered $400-million in annual profit to TD and CIBC combined. 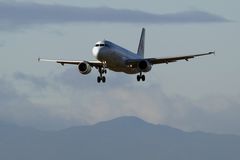 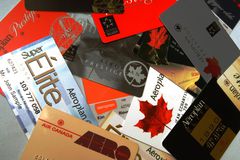