All six major banks surpassed analysts’ predictions – several of them by wide margins – as they earned a combined $15.2-billion in profit in the quarter ended July 31. Those returns were inflated as banks recovered hundreds of millions of dollars of provisions they set aside last year to cover possible losses from loan defaults. The decision those funds are no longer needed is a sign bankers are now more optimistic about the health of their loan books and the economy as a whole.

On Thursday, Toronto-Dominion Bank reported its fiscal third-quarter profits were 58 per cent higher than in the same quarter a year ago, when banks were still building bulwarks against the COVID-19 pandemic. Quarterly profit was 48 per cent higher at Canadian Imperial Bank of Commerce. And both banks showed evidence that customers are starting to borrow again.

The banks’ sky-high profits are attracting scrutiny, however. New political and regulatory pressures are building as campaigning federal politicians target Bay Street with new corporate tax proposals and promises to build a framework for customer data-sharing to stoke greater competition in financial services.

There are also growing concerns about a new wave of COVID-19 cases driven by the highly contagious Delta variant. But bankers expect rising vaccination rates and a bulge of savings that piled up in deposit accounts during the pandemic will help cushion the blow from a potential economic setback.

“The recovery seems to have taken root and we’re seeing some green shoots,” said Rob Colangelo, vice-president and senior credit officer at Moody’s Investors Service, in an interview. “Retail lending certainly was the positive. Commercial lending wasn’t as stellar – I think there are many businesses that are still sitting on the sideline.”

On Wednesday, Liberal Leader Justin Trudeau said banks should “do a little more” to help the country’s recovery, blindsiding banks with a campaign promise to raise the corporate tax rate on all bank and insurance company earnings in excess of $1-billion. If re-elected, he also wants banks to pay a special fee called a “Canada recovery dividend” over a four-year period.

If implemented, those policies would bring in an estimated $2.5-billion annually for four years, according to the Liberals. That could reduce profits at the Big Six banks by an estimated 2 per cent on average, according to National Bank Financial Inc. analyst Gabriel Dechaine.

“Banks have always been in the crosshairs, but what you want is a healthy banking system. A healthy banking system helps the economy grow,” said Victor Dodig, CIBC’s chief executive officer, on a conference call with analysts. “If anything, I would want everybody to focus on, how do we grow the economy? How can we focus on foreign direct investment? How can we focus on making a more robust economy to benefit everyone?”

Though Mr. Dodig declined to comment directly on the Liberal campaign promise, he defended the banks’ response to the COVID-19 pandemic, noting they worked with governments to distribute stimulus funds and pandemic relief to households and companies. CIBC also deferred payments on more than 500,000 loans for up to six months.

“My great hope is that you don’t have intervention in any particular industry sector, because that doesn’t attract foreign capital,” Mr. Dodig said. “We need capital and we need people to come to Canada to make the country stronger and to make the country better. And the best way to do that is to make sure that people see us as the best place to invest and the best place to live.”

The federal Liberals and Conservatives have also pledged to introduce an open banking framework, following recent recommendations from an advisory panel. Open banking is an international trend toward allowing consumers to securely and easily share their banking records between banks and financial technology startups. Its proponents aim to stoke competition and innovation by making it easier for customers to switch providers, open new accounts and access financial tools.

The turnaround in provisions for credit losses to cover possible defaults helped fuel the banks’ third-quarter profits. Five of the six largest banks recovered more money from their reserves than funds they set aside for new delinquencies, with CIBC releasing $99-million in provisions and TD releasing $37-million. In the same quarter last year, the two banks earmarked more than $2.7-billion in combined provisions in anticipation of larger losses from the pandemic.

Bank profits were also bolstered by higher lending in some categories as public-health restrictions lift, businesses make investments and consumers spend more on entertainment and travel.

But the rebound is still uneven. Rising loan balances in Canada are being driven mostly by mortgages amid hot housing markets. And while CIBC’s commercial lending increased 9 per cent in Canada, year-over-year, it rose just 2 per cent at Bank of Montreal.

“There are many challenges out there. You read them in the paper, they’re real, they impact every client differently: inflation, labour, supply,” said Jon Hountalas, who leads CIBC’s commercial banking and wealth management divisions in Canada, on a conference call. “But generally, business confidence is high. And when confidence is high, our clients are investing for growth.” 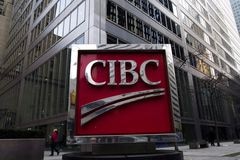 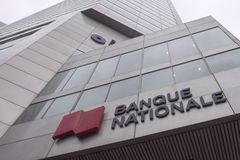 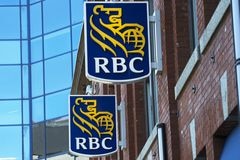