Teck Resources Ltd. is setting a goal to be carbon neutral across all of its operations by 2050, a pledge unveiled as the Canadian mining giant seeks federal government approval for its undeveloped Frontier oil sands project.

Teck largely operates in Canada and Chile and both countries have signed the Paris Agreement, which includes a goal to reduce global greenhouse gas emissions to zero by around 2050, in order to limit the average global temperature rise to 1.5 degrees C above preindustrial levels.

However, Teck’s plan, to be announced Monday, comes amid a political firestorm as Ottawa mulls approval of the Frontier project. Alberta Premier Jason Kenney has said blocking the project would damage Alberta, and would also signal that the federal government is intent on shutting down the oil sands. Meanwhile, Prime Minister Justin Trudeau must weigh whether approval of the project would go against his government’s climate agenda.

The government’s decision is expected by the end of February, but it could be delayed.

While Teck is unveiling the pledge in the middle of this political debate, the company says it has been working on credible sustainability plans for a decade and that being carbon neutral is a continuation of those efforts. “This is bigger than any single project or operation. We’re doing this because we strongly believe in doing our part as a company to support the goal of the Paris Agreement," Doug Brown, Teck’s director of public affairs, said in an interview.

Teck is also grappling with appeasing institutional investors who are quickly demanding more action on environmental, social and governance (ESG) issues – a movement often referred to as sustainable investing.

In January, Larry Fink, the chief executive of BlackRock Inc., one of the world’s biggest money managers, wrote in his annual letter that “climate change has become a defining factor in companies’ long-term prospects," adding that he believes the world is “on the edge of a fundamental reshaping of finance.”

While Teck is seeking Ottawa’s approval for an oil sands project, the company’s main line of business is the mining of metallurgical coal used for steelmaking, copper and zinc; the smallest portion of its revenues currently comes from oil production. About half of the company’s 2020 operating earnings are expected to come from coal production, according to estimates from RBC Dominion Securities, while copper should account for 28 per cent, zinc for 21 per cent and oil for 5 per cent.

Teck’s current oil production comes from its 21-per-cent stake in the Fort Hills oil sands project, which is owned and operated by Suncor Energy Inc.

The majority of Teck’s current emissions come from supplying power to its mines and from its mobile equipment, such as the massive trucks used to haul its materials. To achieve the 2050 goal, Teck says it will first target avoiding new emissions altogether. Efforts to do so will include seeking out renewable power supply for the second phase of a major copper project in Chile. The company will also look to eliminate or minimize current emissions.

Some critics have taken issue with net-zero strategies because the pledges are voluntary and they allow for buying carbon offsets, so emissions don’t necessarily disappear. And because 2050 is three decades away, it is possible that the companies promising to be carbon neutral will quietly take little action for many years – and then it will be too difficult to meet their targets.

Teck currently reports greenhouse gas emissions to the federal government’s emissions reporting inventory, as well as to the third-party Carbon Disclosure Project. The company also reports emissions to the provincial governments in each province in which it operates, and Teck is subject to a long-standing carbon tax in British Columbia, where it is based.

Emissions, however, are only one aspect of a complete environmental strategy. Canada’s energy sector is currently wrestling with how it will clean up more than a trillion litres of fluid tailings from oil sands extraction, to which Frontier would contribute.

Despite these issues, the Pembina Institute, an energy and environment think tank, recently called Cenovus’s own net-zero target “a great example of leadership at the individual corporate level."

If approved, Teck’s Frontier project north of Fort McMurray is slated to produce 260,000 barrels of oil a day at full production. Current cost estimates for getting the surface mining project up and running hover around $21-billion, and Teck has said it will seek out financial partners to help shoulder the capital burden.

However, it is possible the project never makes it to production, even if it gets Ottawa’s approval. Many global energy producers have sold their oil sands projects and developments, including Royal Dutch Shell PLC and ConocoPhillips, deeming them uneconomical or too risky in the current market. Not only is oil sands extraction more expensive than that of shale oil and gas, which is abundant in the United States, but Canada has struggled to get its oil to tide water.

The expansion of the Trans Mountain pipeline has been held up by delay after delay, and construction of the Keystone XL pipeline has run into opposition in the United States. Teck has said it is monitoring these constraints and last week chief executive Don Lindsay told an investor conference that it would not develop Frontier until the Trans Mountain pipeline is fully built. He said it was “anyone’s guess” as to whether Ottawa would approve the project and what conditions it might impose.

With reports from Jeffrey Jones and Emma Graney 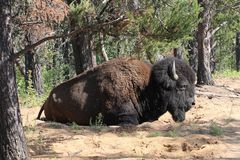 Frontier oil sands mine may not get built - even with federal approval, says Teck CEO
Subscriber content
January 30, 2020