The chief executive officer of Telus Corp. says he has been instructed by the company’s board to cut $1-billion in network investments and slash 5,000 jobs over the next five years if carriers are forced to drop their prices by 25 per cent or open up their networks to wireless resellers.

Darren Entwistle’s comments to the Canadian Radio-television and Telecommunications Commission on Thursday are the latest in a series of threats from Canada’s largest telecom carriers, who say they will have to curtail investment if they are required to sell network access to wireless resellers that don’t have their own networks, known in the industry as mobile virtual network operators.

The issue has taken centre stage during hearings on the state of Canada’s wireless industry in Gatineau, against the backdrop of a Liberal government pledge to lower cellphone bills by a hefty 25 per cent. The CRTC, which has been instructed by Ottawa to put affordability front-and-centre in its decision-making, has said its preliminary view is that the benefits of mandating MVNO access would outweigh any negative impact on network investments.

“These blatant threats and scare tactics have gone on for decades,” Laura Tribe, executive director of OpenMedia, an organization advocating for widespread, inexpensive internet access, said in a release. “Every time incumbents have been faced with the threat of new competition, they’ve made the same threats to withhold investment – and yet investment has always continued.”

Matt Stein, CEO of Distributel and chair of the Canadian Network Operators Consortium, an industry group for independent internet service providers, noted the MVNOs would pay to use the networks of national carriers Telus, Rogers Communications Inc. and BCE Inc. “The Big Three will earn a profit from this business,” Mr. Stein said in an e-mail.

Mr. Stein, who also addressed the CRTC on Thursday, said the large carriers have other options to manage their cash flow, which would allow them to maintain their current levels of investment. That includes deciding how much to pay in dividends to shareholders. “Even if you did believe they wanted to pull the investment back, the simple answer is they will continue to invest because it still generates these kinds of returns,” Mr. Stein told the commission.

But Mr. Entwistle said his comments amount to more than “just theatre.” To prove it, he’s prepared to confidentially file with the CRTC a resolution, signed by all of Telus’s directors, instructing company management to cut back on spending, including its philanthropic donations, in the event of punitive regulatory changes.

The Telecommunications Workers Union, United Steelworkers National Local 1944, could not be immediately reached for comment.

Mr. Entwistle suggested that if regulators want to make the wireless market more competitive, they should instead loosen foreign ownership restrictions.

In 2012, the federal government changed the rules for foreign investment in the telecommunications sector, allowing foreign companies to acquire 100 per cent of a Canadian business that represents up to 10 per cent of the market. The foreign-owned businesses are then permitted to grow organically, but not through acquisitions.

Mr. Entwistle is proposing that those caps be removed entirely, so that foreign companies can enter the market either by building networks or by acquiring any company they wish. 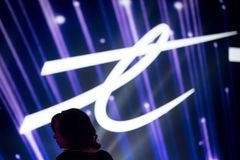 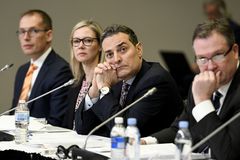 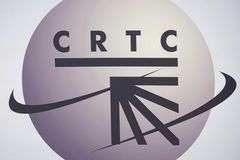