Telus Corp. and its employee retirement plans are facing a financial hit from the insolvency of Strategic Group’s Alberta real estate holdings because the telecom company is a major lender and its pension arm co-owns nearly half the properties.

Strategic, led by developer Riaz Mamdani, wanted to restructure the Alberta holdings under court protection, which would have allowed the company to maintain its ownership and given it the flexibility to seek relaxed terms on its debt and put some buildings up for sale. But in late December, a judge sided with the creditors and placed the operations in receivership, removing the assets from Strategic’s ownership.

Creditors are owed a total of $708.5-million, according to the interim receiver, Alvarez & Marsal Canada Inc. Decisions have yet to be made about the fate of the properties.

Telus has substantial exposure. TPMT co-owns 95 properties with Strategic as part of a partnership that began in 2015. Of those, 25 are now held by the receiver. It said there were no current appraisals of the worth of those properties, in which TPMT has ownership stakes ranging from 6 per cent to 65 per cent.

Telus has also lent a total of $123.8-million to Strategic, including about $44-million on the buildings in the receivership case.

Court filings show Telus soured on its relationship with Strategic, questioning the organization’s accounting and reporting practices, and alleging conflicts of interest. It said its equity in co-owned buildings was “at significant risk as a result of Strategic’s debt.”

Strategic is one of the country’s largest private developers and landlords, with commercial and residential buildings in Western Canada and the Atlantic provinces. The oil patch downturn has caused vacancies to soar, especially in Calgary. Real estate experts fear the impact of a large number of buildings coming up for sale in one of the weakest markets in the province in decades.

Other Strategic lenders include Sun Life Assurance Co. of Canada, Bank of Montreal, ATB Financial, VanCity Community Investment Bank, Industrial Alliance Insurance and Financial Services Inc., Royal Bank of Canada and several more. They had argued that Strategic was seeking to serve its own interests and circumvent their rights by applying for court protection. The lenders said they had lost confidence in Strategic’s ability to manage the properties and wanted to preserve the properties and cash while deciding what was in their own best interests.

In an affidavit filed on Dec. 18, two days before the assets were placed into receivership, David Lawson, Telus’s vice-president of investment management, said there was no restructuring plan Strategic could devise that TPMT would support.

Mr. Lawson complained that Strategic’s financial disclosure had been insufficient and that Telus’s adviser, PricewaterhouseCoopers, could not determine whether Strategic had used any of the partnership’s funds to cover expenses or financial commitments to other parts of its business.

“This disclosure was highly troubling to TPMT, especially in light of the above noted reporting deficiencies and TPMT’s resulting inability to conduct any independent review or tracing exercise of funds generated from the co-owned properties,” Mr. Lawson said.

In response, Mr. Mamdani disputed the suggestion that the partnerships’ funds were not kept separate from other Strategic businesses, saying that all proceeds from the properties were aggregated and settled quarterly. This process had been instituted at the request of TPMT, he said in an affidavit on Dec. 19.

Another bone of contention for Mr. Lawson in the failed application for creditor protection was Strategic’s proposed $2-million charge to indemnify directors and officers. He argued that Mr. Mamdani was the only director of Strategic and there was no risk he would not have continued to serve in the role. In the end, the receivership removed him from the process, however.

Despite its exposure, Telus said it anticipates that the Strategic receivership will not affect its pensioners and beneficiaries, noting that the plans have $9.4-billion of assets and are overfunded with a solvency ratio of 104 per cent, a measure of assets to liabilities.

“Telus supported the appointment of a receiver and is working co-operatively with the receiver to ensure an orderly and efficient process,” company spokesman François Gaboury said in an e-mail. “The Telus pension plans continue to hold its co-ownership position and are co-operating with the receiver and other stakeholders. The receiver will determine next steps regarding the properties.”

Despite the brusque tone of the court filings, Mr. Mamdani said Strategic and Telus remain partners in the properties that are outside the receivership process. “Our differences of opinion relate to specific assets. We have a good, and continuing, working relationship. We are working together to optimize the value of our jointly owned real estate,” he said in a statement to The Globe and Mail.

Telus declined to comment on its plans for the partnership in the remaining assets.

Mr. Mamdani founded Strategic in 2001, and had built the company to an asset value of more than $1.5-billion. In 2016, he was targeted by a gunman outside his Calgary home in an incident that received national attention and remains unsolved. 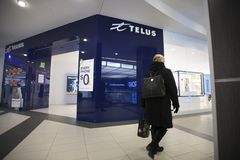 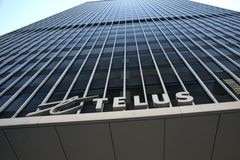 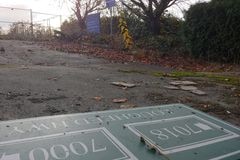 Follow Jeffrey Jones and Kelly Cryderman on Twitter @the_Jeff_Jones @KellyCryderman
Report an error Editorial code of conduct
Due to technical reasons, we have temporarily removed commenting from our articles. We hope to have this fixed soon. Thank you for your patience. If you are looking to give feedback on our new site, please send it along to feedback@globeandmail.com. If you want to write a letter to the editor, please forward to letters@globeandmail.com.
Comments