Telus Corp. announced a $1.2-billion acquisition of Lionbridge AI through its Telus International unit, as it prepares to take the division public in the first quarter of 2021.

Telus revealed the deal to purchase the data-annotation company, based in Waltham, Mass., while reporting a 27-per-cent drop in its third-quarter profit. The company attributed the decline to impacts of the COVID-19 pandemic as well as increased depreciation and amortization.

Lionbridge AI, a division of Lionbridge Technologies, Inc., takes data such as pictures, text, video and audio and annotates it so that it can be used to develop artificial-intelligence models.

The acquisition will allow Telus International to sell a new service – data labelling and annotation – to its existing customers, as well as bringing in new clients who may be interested in the suite of services it offers, says Jeff Puritt, the unit’s president and CEO. The deal is expected to close Dec. 31.

Telus International started out 15 years ago as a call-centre operator for Telus and a handful of U.S. technology and telecom companies. But the company quickly started expanding into other areas, such as developing and supporting mobile applications, building virtual assistants like chatbots and moderating content online, Mr. Puritt says.

But the division’s ability to operate in “stealth mode” will end next year, if Telus goes ahead with its plans to spin the subsidiary out through an initial public offering, Mr. Puritt said.

“We’ve been working on it for months,” Mr. French said in an interview Friday. “We are well on our way but there’s still a lot of work to do.”

Scotiabank analyst Jeff Fan said in a note to clients that the Lionbridge AI acquisition adds scale to the coming IPO, which will surface Telus International’s “hidden value.”

Most of the decline was due to lower revenue from roaming – fees that telecoms charge when wireless customers use their devices abroad – as the pandemic halted travel, Mr. French said.

Telus also saw lower volumes at its Telus Health subsidiary’s national chain of corporate and employee health clinics. The clinics, which operate under the Medisys and Copeman Healthcare banners, were shuttered during provincial lockdowns to all but essential services and re-opened in July, but with restricted capacity to protect patients.

“We’ve also had a couple of acquisitions that are slightly lower margin, but growing, so that would also contribute to the revenue to profitability flow-through,” Mr. French said.

The company also saw higher depreciation and amortization related to some of the investments it’s made, for instance in building out its fibre-optic broadband networks and its fifth-generation wireless networks, he said.

Its operating revenues rose 7.7 per cent to $3.98-billion, compared with $3.7-billion in the same quarter last year. That exceeded analyst expectations of $3.83-billion, according to the consensus estimate from S&P Capital IQ. 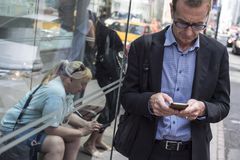 Aug. 6: ‘Telus and Royal Bank of Canada … why did they get involved in the first place?’ Readers consider WE Charity, corporate sponsorship and virtue-signalling, plus other letters to the editor
August 6, 2020 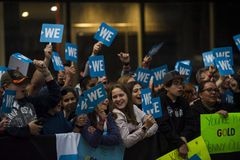