Telus Corp. is rolling out its initial 5G service in five major cities and has struck a deal with Samsung Electronics Co. Ltd. to supply equipment for its next-generation wireless network.

The company, which announced 5G partnerships with Swedish supplier Ericsson and Finland-based Nokia Corp. earlier this month, said it would still consider using equipment from China’s Huawei Technologies Co. Ltd. down the road if the government permits its use.

The federal government is in the midst of a lengthy cybersecurity review that is expected to determine whether the Shenzhen company will be allowed to supply equipment for Canada’s fifth-generation wireless networks, which promise much faster download speeds. The United States has pressed its allies to ban Huawei from their 5G networks over concerns that the company could be compelled to help Beijing spy on or sabotage Western networks.

Telus said its initial 5G service – the first phase in its gradual roll-out of the technology – will be delivered by adding a channel on top of its existing 4G long-term evolution (LTE) network. Huawei gear comprises nearly 100 per cent of the radio access portion – the gear on cell towers and cell sites – of Telus’s existing network, although it is not present in the core, where more sensitive data are stored, as per federal regulations.

The service will be available to Telus customers with 5G-capable smartphones and unlimited data packages in Vancouver, Montreal, Calgary, Edmonton and the Greater Toronto Area, with plans to expand to 26 other markets by the end of the year, Telus said Thursday.

The announcement comes on the heels of launches by BCE Inc.‘s Bell Canada and Rogers Communications Inc., which was the first of Canada’s three biggest telecom providers to roll out the service.

Rogers made a splash when it announced in early January that initial 5G service was available in downtown Toronto, Vancouver, Ottawa and Montreal – before 5G-capable smartphones were even available for purchase – said Edward Jones analyst Dave Heger. That ignited competitive pressure for its rivals, Mr. Heger said.

Bell launched its own initial 5G service last week in the same markets as Telus. (The two companies share the radio access portion of their networks, with each one responsible for roughly half the country.) Bell said the service is being delivered by adding a channel on top of its existing LTE network, which also contains equipment from China’s Huawei Technologies Co. Ltd.

Bell said it will only use Huawei equipment in its “standalone” 5G network if given the green light by Ottawa. The company has been gradually replacing Huawei products in its existing network with Nokia ones as part of its regular network upgrades, Bell spokesperson Marc Choma said in an e-mail earlier this week. The process of swapping out Huawei gear with Ericsson and Nokia equipment will cost Bell an estimated $200-million over three to five years, Bank of Nova Scotia analyst Jeff Fan said in a note to clients.

Mr. Heger said it’s “a little bit of a curveball” that Telus has included Samsung in the mix, as Ericsson is seen to be at the forefront among the non-Chinese players. However, it’s not entirely surprising as Verizon has also turned to the South Korean supplier for 5G gear, he said.

Samsung’s network equipment division made its first foray into Canada late last year, when it announced it would supply equipment to Quebecor Media Inc.‘s Videotron Ltd. for the development of its LTE Advanced and 5G wireless networks in Quebec and Ottawa.

Will the pandemic see Telus Health find its footing?
June 11, 2020 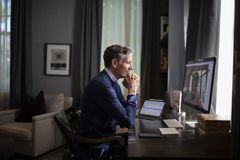 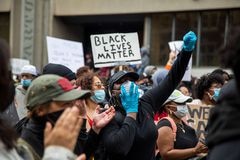