Tesla Inc.’s board of directors is at a critical juncture, wedged between a larger-than-life figure to whom many are personally close and their larger responsibility to shareholders.

Elon Musk’s astonishing interview with the New York Times has heightened concerns surrounding the health of Tesla’s chairman and chief executive officer, with shares plunging 8.9 per cent Friday, the largest drop in nearly two years. The references to Ambien use and driving while tweeting are fuelling calls for Tesla’s board to step up its oversight of the company’s CEO and largest shareholder.

“If the board is going to take any initiative, they will clamp him down,” said Maryann Keller, an independent auto industry analyst in Stamford, Conn. “He isn’t doing the stock or the perception of him as a leader any good.”

Mr. Musk, in a tweet on Sunday responding to an open letter from “sleep evangelist” Arianna Huffington urging him to change his work habits, ruled out taking a different course. “Ford & Tesla are the only 2 American car companies to avoid bankruptcy. I just got back home from the factory. You think this is an option. It is not.”

In the Times interview, Mr. Musk said he didn’t recall communications from the board and that he “definitely did not get calls from irate directors” after his Aug. 7 tweet that he had “funding secured” to go private. He later amended the comment through a spokeswoman, saying lead independent director Antonio Gracias had contacted him about the tweet. Mr. Musk agreed not to tweet again on the possible transaction without discussing it with the board, the spokeswoman said.

Among the challenges of supervising a peripatetic entrepreneur is that running Tesla isn’t his only job. He is also chairman and CEO of innovative rocket manufacturer SpaceX and has created two other entities that add to demands on his time.

“It’s clear that Musk cannot continue to run four companies at a time,” said Stephen Diamond, an associate professor of law at Santa Clara University who specializes in corporate governance. “Tesla needs and deserves a full-time, exclusive CEO. But the first question the board needs to clarify is this: Is Tesla for sale, or not? If they are going to entertain this go-private idea of Musk’s, they are obligated to get the highest share price possible.”

But at Mr. Musk’s companies, it’s largely business as usual. Tesla workers at the Fremont, Calif., assembly plant said they are focused on making cars, but they do have questions about how the go-private idea will affect the stock options that constitute a sizable chunk of their compensation.

Last week, the four astronauts who are counting on Space Exploration Technologies Corp. to safely ferry them to and from the International Space Station spent time at the company’s Hawthorne, Calif., headquarters with employees. Chief operating officer Gwynne Shotwell presided over the event, which Mr. Musk didn’t attend, at least while journalists were present.

Mr. Musk is also the founder of infrastructure startup the Boring Co. and Neuralink, which is developing brain-machine interfaces to connect humans and computers.

The Tesla board’s job has become increasingly complex this month. Just Tuesday, three directors announced they had formed a special committee to evaluate the not-yet-seen details of Mr. Musk’s go-private plan. The proposal appears tenuous, with one analyst putting the chance at less than 50 per cent. The committee has yet to announce which bank they have retained to act as a financial adviser. A U.S. Securities and Exchange Commission probe into Mr. Musk’s tweet and other company statements is intensifying, with a subpoena already issued.

And unlike SpaceX, Tesla doesn’t have a chief operating officer or clear No. 2 in place. Mr. Musk told the New York Times he has no plans to give up his dual roles as chairman and CEO but also said that “if you have anyone who can do a better job, please let me know. Is there someone who can do the job better? They can have the reins right now.”

Tesla’s communications team – which has spoken in turn on behalf of the company, the board and Mr. Musk himself – didn’t immediately comment on the Times story, the board’s activities or whether the company is actively looking for a COO. Tesla board members didn’t respond to several requests for comment; they often forward journalists’ inquiries to Tesla’s communications team.

The board of directors is on the lookout for senior talent but is not actively searching for a COO, a person familiar with the board’s thinking said late Friday.

“Tesla’s board needs to think long and hard about their relationship with their CEO, as their own reputations are very much at risk. They are the last responsible party here, besides the U.S. government,” said Charles Elson, director of the John L. Weinberg Center for Corporate Governance at the University of Delaware. “The actions of the last few weeks have caused a crisis of confidence in Musk’s leadership. Tesla’s board is viewed as being very close to Musk, but they have legal and ethical obligations to shareholders besides him.” 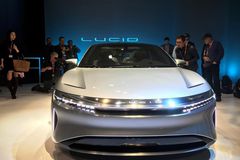 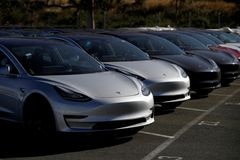