Tesla Inc.’s board named a special committee of three directors on Tuesday to evaluate possibly taking the electric-car maker private, although it said it had yet to see a firm offer from the company’s chief executive, Elon Musk.

The Silicon Valley billionaire last week said on Twitter he wants to take Tesla private at US$420 a share, valuing it at US$72-billion, and claimed funding was “secured.”

Goldman Sachs Group Inc. was still negotiating its terms of engagement with Mr. Musk as of Tuesday, according to a person familiar with the matter. Private equity firm Silver Lake Management LLC is also not signed up officially as a financial adviser, as it is helping Mr. Musk explore how to take Tesla private with no compensation, Reuters reported on Monday.

Mr. Musk had tweeted on Monday he was working with Goldman Sachs and Silver Lake as financial advisers.

Mr. Musk’s effort to associate his potential bid with some of Wall Street’s most venerable institutions, even at the risk of misrepresenting their involvement, comes as pressure has been building on him to justify his pronouncement last week about the “secured” funding.

That earlier tweet triggered investor lawsuits and an investigation by the U.S. Securities and Exchange Commission into the accuracy of his statement, according to multiple media reports.

Mr. Musk on Monday gave his most detailed vision of how a take-private deal could work, but shares ended flat, indicating investor skepticism.

Mr. Musk said Monday he had held talks with a Saudi sovereign fund on a buyout that would take Tesla off the Nasdaq exchange – an extraordinary move for what is now the United States’ most valuable automaker. Tesla has a market capitalization of US$60-billion, bigger than Detroit rivals General Motors Co. or Ford Motor Co., who produce far more cars.

The company said in the statement the special committee has the authority to take any action on behalf of the board to evaluate and negotiate a potential transaction and alternatives to any transaction proposed by Mr. Musk.

Tuesday’s announcement means three members of Tesla’s board will now weigh whether it is advisable – or even feasible – to pursue what could be the biggest-ever go-private deal, and they are doing so before receiving a formal proposal from the CEO.

“The special committee has not yet received a formal proposal from Mr. Musk regarding any Going Private Transaction,” the company said in a public filing with U.S. securities regulators, the first it has made since Mr. Musk’s tweets last week.

Asked about the outcome of the special committee, analyst Chaim Siegel at Elazar Advisors said, “This is not easy. Anything is possible, from pulling something together to nothing. I hope nothing – so the stock can trade and benefit from the earnings inflection,” he said, referring to a promise by Mr. Musk that the company would turn profitable later this year.

Bloomberg had reported earlier on Tuesday that Goldman was not tapped as an adviser when Mr. Musk revealed the go-private plans last week.

Mr. Musk has yet to convince Wall Street analysts and investors that he can find the billions needed to complete the deal. Tesla’s handling of Mr. Musk’s proposal and its failure to promptly file a formal disclosure, meanwhile, have raised governance concerns and sparked questions about how companies use social media.

Mr. Musk first tweeted he planned to go private and that funding was “secured” last week, sending Tesla shares soaring 11 per cent, but investors have appeared skeptical about the details he has provided since.

He blogged on Monday that recent talks with a Saudi sovereign wealth fund gave him confidence funding was nailed down, but that he was still talking with the fund and other investors.

“Despite Elon Musk’s frustration with being a public company, I think there are more advantages to remaining public,” said CFRA analyst Efraim Levy, citing cheaper access to capital and media exposure due to interest in a public company.

But corporate governance and shareholder voting advisers Glass, Lewis & Co. LLC and Institutional Shareholder Services Inc. said they do not consider Mr. Buss an independent director, due to his connections to a solar-panel business the company bought two years ago.

Mr. Buss was chief financial officer of solar-panel installer SolarCity Corp. for two years before retiring when Tesla paid US$2.6-billion for the sales-and-installation firm in 2016. It was Tesla’s last big deal and was criticized by some on Wall Street because the company, founded by two of Mr. Musk’s cousins, had seen its business shrink before the takeover.

Ms. Denholm, the first woman on Tesla’s board, is chief operations officer of telecom firm Telstra Corp. and the ex-CFO of network-gear maker Juniper Networks Inc.

Ms. Rice, the first African-American and second woman to join the board, is chief executive of Johnson Publishing Company and chairman emeritus of Ebony Media Holdings, parent of the Ebony and Jet magazine brands, according to Tesla’s website.

One director, Steve Jurvetson, is currently on leave of absence following allegations of sexual harassment.

Tesla’s board said on Aug. 8 that Mr. Musk had held talks with the directors in the previous week on taking the company private.

Latham & Watkins LLP has been retained by the committee as its legal counsel. Wilson Sonsini Goodrich and Rosati P.C. will be legal counsel for Tesla itself. 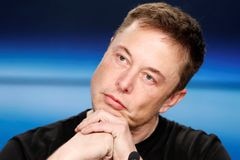 Tesla stock drops as pressure mounts on Musk to show the money
August 9, 2018 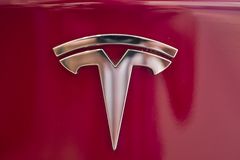 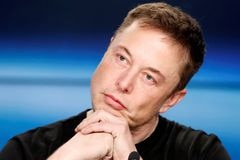