Just as air travel was beginning to recover to prepandemic levels at the beginning of summer, American Airlines was forced to cancel nearly 200 flights in a single weekend because of a shortage of pilots and crew.

American Airlines is not alone. One recent report by management consulting firm Oliver Wyman predicts mandatory retirements, combined with the impact of the pandemic, will lead to a global shortage of 35,000 pilots by 2025.

“Airlines have had to cancel flights because they don’t have pilots to fly them, so this is a concern,” says Mikhail Klassen, the company’s chief technology officer. “The only way out of this is to overhaul the way that we train our pilots.”

Paladin was founded by Mr. Klassen and his father, Adolfo, in 2013. The venture was borne at the confluence of the elder Mr. Klassen’s knowledge of the aviation training industry, gleaned in his decades at simulation technology company CAE Inc., and the younger Mr. Klassen’s PhD training in big data analytics and astrophysics.

Originally envisioned as a consultancy when Mikhail completed his PhD and joined the company in 2016, they pivoted to developing an analytical services company focused on aviation training.

“In discussions with Mikhail, we realized that a lot of the data that is being generated in the industry during training is not really used in any way that would allow us to understand how effective training is, how well training is done, how the individual being trained is progressing his competencies,” says Adolfo, the company’s president and chief executive officer.

“We wanted to build a software product that could make everything that was out there much more effective than it was,” Mikhail says.

People learn best from working closely with a mentor who provides coaching and immediate feedback, he says. But just as there is a shortage of pilots, he says there’s also a limited number of flight instructors.

“We know that, in the wider industry, there’s also a shortage of quality instructors and that’s holding the industry back,” he says. “They’re still very much in the loop of this process and this can help make them more efficient.”

It’s difficult to scale the level of personalized education involved in traditional aviation training, he adds. That’s where Paladin comes in.

“When a pilot is in a simulator, every button that they push, every control input, every simulated malfunction, the weather, the state of the aircraft, turbulence, each of those things is data that we capture in real time,” Mikhail says. “That allows us to begin to understand the pilot’s level of knowledge, level of the procedures, the manoeuvres, understanding of the aircraft, all of that proficiency is encoded in that data stream. You just need to be able to extract it.”

By extracting and analyzing that data, Paladin provides insight into a pilot’s technical competencies. The next step – currently being tested internally – is to provide targeted, personalized recommendations. Deployment of that feature is expected in the next six to 12 months.

“Ultimately, we’ll have the ability to generate a completely personalized training plan for every individual,” he says.

The program does not aim to replace flight instructors, but to complement in-person training, Mikhail says. Instructors can focus on the “human element” of flying an aircraft, such as communication, leadership and problem-solving abilities.

“We’re off-loading a lot of the sort of rote kind of validation of the pilot’s proficiency and technical skills so that the instructor can focus on coaching and mentoring and things like that.”

One of the early challenges was accessing enough data, but the company secured an early investor and, in 2019, a simulation and training company partner allowed it access to months worth of flight-training data. Just as importantly, it allowed them to leverage some of the research and development funding available to Canadian startups.

In 2020, Paladin was ready to launch its core technology. Then the COVID-19 pandemic all but shut down the industry.

“Air travel declined by 90 per cent and absolutely nobody had any kind of budget for new technologies,” Mikhail says.

The company waived installation fees and offered free trial periods. Despite the worldwide aviation industry contraction, the technology was installed at a flight school in Amsterdam, a helicopter training centre in Norway and a European airline, among others.

Earlier this year, Paladin announced a strategic partnership with Thales Group, a Paris-based multinational that designs and builds electrical systems for the aerospace, defence and transportation sectors, and just started working with two Tier 1 airlines, but says it’s premature to announce those.

Eventually, the Klassens believe the core technology has potential applications beyond the aviation training industry. Any highly immersive training environment could benefit from AI-driven tools, such as medicine, shipping and technician training for maintenance or heavy industry.

“These are all domains where we see this type of technology having potentially a significant impact and with the disruptions to labour markets caused by AI, we would really like to see AI also help people reskill and upskill into new roles and do so quickly and affordably,” Mikhail says. “That’s kind of where we see our technology making a really positive social impact and we’re excited about that.”

Canada is creating a “flywheel effect” for tech startups, with accelerator programs and a world-class talent pipeline, says Mikhail of Paladin AI.

He says federal programs such as the Scientific Research and Experimental Development tax credit (SR&ED) program, which offers companies an investment tax credit of up to 35 per cent for the first $3-million in qualified expenses and 20 per cent on any additional costs, and the Industrial Research Assistance Program (IRAP), which offers up to 80 per cent of labour costs in grant funding, provided early-stage support for the company to develop its AI-driven analytical services for the aviation industry.

There are also several accelerator programs and organizations encouraging a startup culture, he says.

One of the key ingredients for Paladin was the computing power of the cloud, in Paladin’s case supplied by Amazon Web Services (AWS). By using AWS’s machine-learning infrastructure, Mr. Klassen says Paladin was able to develop its technology without building its own.

“It was critical,” he says. “I can’t imagine building a company like this where we have to purchase all of our own servers and manage them and secure them. There are a million concerns that you would have now that you have to make these large capital expenditures on computing hardware that you then have to carefully manage.”

The mission is to “democratize” machine learning by putting the tools in the hands of as many developers as possible, she says.

“Whether it’s labelling data or running experiments or deploying to production, it’s really something that – bit by bit throughout the entire process of how to build, train and deploy that machine-learning model – we’ve gone through and worked to continuously simplify and remove the heavy lifting for developers,” she says.

Through its AWS Activate program, the company has awarded $3.5-billion in credits to more than 140,000 startups globally in seven years, she adds.

A decade ago, machine-learning was “kind of a moon shot,” Ms. Hillenmeyer says.

“Every idea was hard,” she adds. “Now, you look across from health care to media and entertainment, travel and hospitality, startups and even old-guard enterprises are all adopting machine learning and adopting it to production and at scale across many use-cases. It’s a really exciting time.”

The AI Advantage: How artificial intelligence is transforming how we live, work and play
July 14, 2021 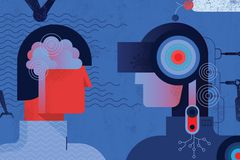 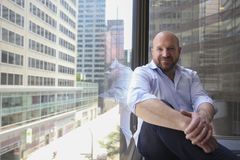 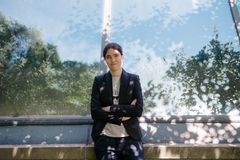