From January through July, 29.4 million passengers went through Toronto’s Pearson International Airport, a 2.6-per-cent jump from the same period in 2018. A series of strong years has allowed the group that operates Pearson, the Greater Toronto Airports Authority, to pare down its debt. It might also open the runway for the federal government to look again at selling off the airport after this fall’s election.

The Trudeau government toyed with the idea of selling airports, hiring investment bank Credit Suisse in 2016 to conduct a study on privatizing Canada’s eight major airports in Toronto, Vancouver, Montreal, Ottawa, Calgary, Edmonton, Winnipeg and Halifax. That same year, Finance Minister Bill Morneau’s advisory council on economic growth released a report that recommended the full or partial privatization of some federal assets, including airports, in an attempt to raise money for new infrastructure.

The government backed away from the idea, fearing a political backlash and the opposition of some airlines and airport authorities. But a new study by the Winnipeg-based Frontier Centre for Public Policy makes the case for Ottawa to look at privatization again, and says that selling Pearson alone could potentially fetch between $5-billion and $7-billion.

“The need to privatize is not just to get the government money, although the dollar signs light up in the eyes of the politicians when they see these things,” Ian Madsen, who conducted the study, said in an interview. “It’s to have airports run better and make these entities more viable for the long term. It’s also to make them free to evolve in ways that make sense to the owners, whether they are large institutional or corporate investors.”

The Liberals were elected in 2015 with a platform that included a greater focus on building infrastructure. The government founded the Canada Infrastructure Bank to try to attract money from outside investors for new building projects, but has been criticized for the slow pace. One idea for accelerating progress, and funding the work, is to sell-off existing, mature government-owned assets.

Non-profit private corporations have operated most of Canada’s major airports since 1994. These airport authorities lease land from Ottawa, which charges them rent of up to 12 per cent of their revenues. At the end of the leases, most of which terminate in the 2070s, airports must be returned to the government without debt.

By privatizing even part of the airports or lowering rents, the airport authorities could be in a better position to reduce their debts, allowing a higher price in a full sale of the assets later on, Mr. Madsen said. Federal rent and payments-in-lieu of property taxes to municipal governments accounted for 19.7 per cent of the GTAA’s operating expenses in 2018, according to its annual report.

During Ottawa’s review, the Calgary, Ottawa and Vancouver airport authorities and major airlines expressed strong opposition to privatization, arguing that it could lead to higher prices for customers and reduced service, while the GTAA said it would be open to considering options for privatization.

The federal government received $369-million in rent from the airports in 2017, just under half of which came from Toronto, according to data from Transport Canada. By selling Canada’s eight major airports, the federal government could raise between $7.2-billion and $16.6-billion, according to a report from the C.D. Howe Institute in 2017. That study valued Pearson between $2-billion and $6-billion.

The C.D. Howe report also said that airport privatization would lead to lower fees and better services for air travellers by removing rent and allowing airports to spend on improvements, such as technology and expansions. Under the current system, after airport authorities transfer a portion of their revenue to the federal government, the return on new projects is often too low to warrant the investment and Canadian airports pass up on opportunities that could make flying faster and easier.

“The rent structure creates a disincentive for airport authorities to find ways to offset costs that are passed on to customers,” said C.D. Howe spokesperson Benjamin Dachis. “What’s at stake is keeping costs for air travel as low as possible in a country that is reliant on it. This is a geographically huge country where if you want to get from Toronto to Calgary, there’s really only one option, and that’s to fly.”

Mr. Dachis pointed to Australia, where airports were sold to pension funds and infrastructure investors and now post some of the highest margins in the industry. Where Canadian airports collect most of their revenue by passing costs on to consumers through high ticket prices, Australian airports raise more money through other services, such as retail, he said.

Governments in Europe, Asia and Latin America have been selling airports to private investors. In Europe, about 75 per cent of air passengers travel through airports that have a private ownership stake, according to a C.D. Howe memo from 2017.

But the issue isn’t high on the political agenda right now as an election campaign looms. Airport privatization is “not under active consideration” by Ottawa, according to an e-mail statement from Transport Canada spokesperson Annie Joannette.

The New Democrats are opposed to the idea, claiming that it would cause higher prices for Canadians. “We have no guarantee that there will be more efficiencies, but for the customer it will be [more expensive],” said Quebec NDP MP Robert Aubin. Conservative Party spokesman Cory Hann would say only that the party has “no plans to privatize airports,” but would not comment on whether it would support or oppose the idea if it were to come up again.

The International Air Transport Association (IATA), which represents 290 airlines worldwide, cautioned that Canada’s current regulations do not cap prices that airports can charge to cover operating expenses. Putting airports in the hands of private investors could lead to those costs being passed onto airlines and passengers, it said.

Governments looking to privatize need to implement a framework to regulate airport costs to reduce vulnerability to the “private airport operating industry that will try to make sure that they have flexibility to make as much money as possible for short-term gain,” said Hemant Mistry, IATA director of global airport infrastructure and fuel. 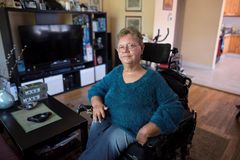 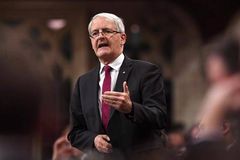 Ottawa keeps tight lid on airport-privatization report details, its costs
April 11, 2017
Follow Stefanie Marotta on Twitter @StefanieMarotta
Report an error Editorial code of conduct
Due to technical reasons, we have temporarily removed commenting from our articles. We hope to have this fixed soon. Thank you for your patience. If you are looking to give feedback on our new site, please send it along to feedback@globeandmail.com. If you want to write a letter to the editor, please forward to letters@globeandmail.com.
Comments