All the dreams of a sustained cannabis comeback are quickly getting dashed, and the sell-off is so sharp that the sector’s hardcore supporters have to wonder whether the endless roller coaster is worth it.

What started as a spectacular year for the industry, with the Horizons Marijuana Life Sciences Index surging 140 per cent by early February, has come crashing down. The index is now back to where it started the year, and many of the sector’s stalwarts are faring much worse.

Canopy Growth Corp. has cratered, falling 41 per cent this year, despite the support of wine and spirits giant Constellation Brands Inc., and the combination of Aphria Inc. and Tilray Inc. has done little to support the share price of the merged company.

Some of the pain can be attributed to market dynamics. Growth stocks caught fire at the start of the year, and cannabis stocks were lumped in, helping to salvage some of their credibility after a disastrous 2020. Fast-forward seven months and many growth stocks have since sold off, as seen in the trading activity of the once-almighty Ark Innovation ETF, which is now down 6 per cent for the year.

Overzealous investor expectations are also playing a significant role again, and hopes of federal legalization in the United States are dissipating, leaving investors staring at many more quarters of red ink. Although Democrats have proposed legislation for cannabis reform now that Joe Biden is in the White House, the meticulous plans they have tabled are likely to get bogged down in the legislative process.

“We believe the comprehensiveness of the draft plan will likely need to see substantial revisions in order to garner enough support to ultimately be implemented into law, which took most of the air out of what was anticipated to be a material catalyst for the sector,” Canaccord Genuity analysts Matt Bottomley and Derek Dley wrote in a recent report for clients.

There are also fears that the Democrats could lose control of the U.S. House of Representatives or the Senate in 2022, which could make it even harder to pass the proposed legislation.

The U.S. itself is not a wasteland for cannabis companies. In fact, some of the American multistate operators – which actually operate within individual states but do not let their operations cross state lines because of the federal rules – are seeing encouraging sales growth. Trulieve Cannabis Corp., which trades on the Canadian Securities Exchange but predominately operates in Florida, is one of the sector’s profitable companies, making it a rarity.

Because so many multistate operators already exist, it will be tough for Canadian-bred companies to compete even if the federal rules eventually change. Given this reality, the domestic operations of these companies carry more weight when investors assess their prospects – and the situation in Canada isn’t pretty.

“We believe the ability to maintain/grow market share in Canada will likely become increasingly difficult … given the saturation of market participants, infrastructure and inventory levels that continue to weigh on virtually all Canadian operators in the space,” Canaccord’s analysts wrote to clients.

The situation is so fraught that CIBC World Markets analyst John Zamparo recently said the once-venerable Canopy and Aurora Cannabis are likely to bleed red ink for another year, even though both companies have booted their old management teams and spent multiple years cleaning up the old guard’s messes. “We continue to expect at least 12 months until either achieves positive earnings before interest, taxes, depreciation and amortization,” Mr. Zamparo wrote in a recent note to clients.

Because so many Canadian producers are struggling in an oversaturated market, Tilray chief executive Irwin Simon speculated last week that the industry could see some consolidation. “Canadian cannabis stocks have got pretty cheap lately. There’s a point it may make sense to do some other acquisitions out there and buy companies to get share, instead of spending a lot more money going out there and getting share by building awareness with the consumers,” he told an investor conference.

If history is any guide, it may not be enough. Cannabis companies have been merging for years, dating back to Aurora’s 2018 deals for CanniMed Therapeutics Inc. and MedReleaf Corp., and nothing’s changed yet. 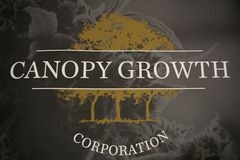 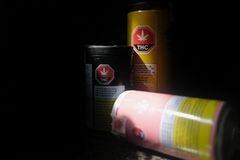 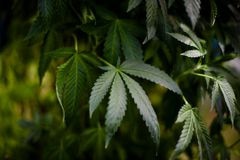