There is money to be made on trading carbon credits, says Mark Carney, as a report released in London on Tuesday said the carbon market must grow fifteenfold by 2030 so that companies and organizations can meet climate-change goals under the Paris Agreement.

The report says many companies will need to voluntarily buy carbon credits as the world transitions to net-zero emissions, especially in sectors where it’s difficult to directly reduce greenhouse gas output. The result will be “a surge in demand for credible offsets," the report notes, and intense public scrutiny of what credits are used for, thus increasing the need for a large, transparent voluntary carbon market.

There are two kinds of carbon markets – voluntary and compliance. The voluntary (which is the focus of the task force report) allows businesses, governments and non-profits to voluntarily purchase carbon credits to offset their emissions. The compliance lets them buy and sell credits so they can meet emissions limits imposed by local laws or regulations.

In its report, the Taskforce on Scaling Voluntary Carbon Markets identified several areas of work, including establishing principles to ensure market integrity, setting clear standards and building infrastructure such as financing and trading capabilities.

Speaking with media ahead of the report’s release, Mr. Carney said the current voluntary carbon market is “fragmented” and “unprofessional,” worth only around US$300-million when it should be into the billions.

It’s crucial this changes, he told media from London.

“We will also buy the time that’s needed for some of the more challenging technologies to become economic – green hydrogen or carbon capture and others,” he said.

Mr. Carney said the task force would likely have a blueprint for change by next spring, and a new pilot voluntary carbon market running by next year’s COP26 conference in Glasgow, Scotland, an international summit in November about climate change and plans to tackle it.

Dirk Forrister, president and chief executive officer of the International Emissions Trading Association, told The Globe and Mail that the report underscores an appetite for expanding carbon markets that has grown significantly over the past two decades.

“This is a really powerful initiative because it could get banks and large energy companies into the act of voluntarily reducing emissions in advance of government mandates," said Mr. Forrister, whose non-profit business organization was created 20 years ago to establish an international framework for trading in greenhouse gas emission reductions. “And I think that’s a really healthy thing.”

While Mr. Forrister thinks the framework’s authors are ambitious with their targets, “the point they make about the need of scaling up action is absolutely right."

“The notion of getting more standardization is a good idea so that larger banks and other financial institutions, investment groups, have confidence” in carbon markets, he said.

Mr. Forrister said there is increased interest in the voluntary market because governments in some parts of the world are being slow to act on emissions reduction measures, yet companies are being pressed to act by their investors and consumers who are increasingly focused on climate change.

He sees two major opportunities for expanded voluntary carbon markets. The first is for use by industries that, for the most part, aren’t covered by legal obligations to reduce their emissions, such as smaller commercial operations, road transport or agriculture.

The other is specific to the energy sector.

Major oil producers are increasingly setting net-zero targets that include emissions not just around their production, refining and exploration activities, but from end-use of their products, he said.

“For the oil and gas sector this is going to be important, because it’s their investors asking if they are on a path to net-zero that adequately addresses their own imprint on it,” he said. 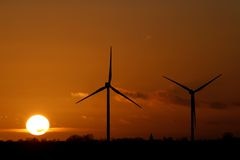 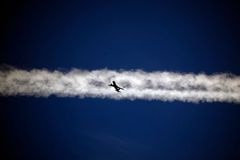 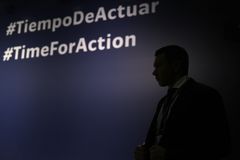