The current Liberal government has proposed changes to the taxation treatment of employee stock options, or ESOs, with the stated goal of “eliminating inefficient tax measures that unfairly benefit the wealthiest Canadians.” While TMX supports the broad policy rationale underpinning the government’s proposal to make the tax treatment of ESOs more progressive, we feel strongly that these proposed changes would have unintended negative impacts on Canada’s capital markets. Combined with other existing factors, this could inhibit the growth of the Canadian economy.

At TMX, we take growth seriously. As owner and operator of Toronto Stock Exchange (TSX) and TSX Venture Exchange (TSXV), Canada’s leading equities exchanges, we sit at the heart of the country’s capital markets. From our unique vantage point, we see firsthand the vital role listed companies play in the success and long-term viability of Canada’s economy. We are speaking up today to advocate on behalf of a crucial segment of the Canadian economy: both emerging and established listed companies.

The federal government, should it survive the Oct. 21 election, plans to cap the value of options that large, established companies can award to top executives. The real question is which companies to define as large and established. The current proposal seems based on the theory that if a company is publicly traded, it’s most likely big.

We must remember that although mega-sized initial public offerings and companies grab headlines, public companies in Canada are not always big.

In fact in Canada, quite the opposite is true; two out of three TSX- and TSXV-listed companies are considered small- and medium-sized enterprises, or SMEs, by Statistics Canada. These companies span every sector from life sciences and energy, to cannabis and advanced manufacturing. Canadian public companies are creating high-paying, 21st-century jobs, attracting foreign investment and churning out world-leading intellectual property. In many cases, SMEs listed on our markets have gone on to become global leaders – the likes of Wheaton Precious Metals, Goldcorp or Canopy Growth Corp.

And how do exciting, innovative SMEs become mature, industry-leading companies? They stand to benefit from a supportive and progressive ecosystem, but most importantly, it takes the right people to build them. And ESOs can play an important role in securing and keeping that talent.

The government’s proposed taxation changes are based on the premise that ESOs are the income of the wealthy. This is simply not the whole picture. ESOs help align interests between companies and employees and serve as crucial incentives for businesses of all sizes to attract and retain talent, particularly when cash flow is scarce. According to a recent Glass, Lewis & Co. study, ESOs are the leading tool to incentivize and reward employees for contributions to growth, job creation and the overall success of their companies.

That’s why the government has also proposed that “emerging or scale-up companies” that meet certain conditions will be exempt from the new cap.

Creating an exemption for smaller companies makes sense. The risk, however, is in the details. Canadian-controlled private corporations, or CCPCs, would be unconditionally exempt from the cap, regardless of the size, maturity or number of jobs those businesses create. Yet a Canadian company of similar size, maturity and job-creating performance that has chosen a public route to fund its growth would need to qualify for a backdoor exemption, under yet-to-be-determined criteria.

By automatically exempting private companies – regardless of size – from the new ESO cap, this policy would add to the heap of existing tax and other measures that serve to discourage growing companies from accessing capital through the public markets. CCPCs already have access to enhanced research and development tax credits and the “small business deduction” – both of which are unavailable to listed companies.

Canada’s public capital markets are a proven ecosystem for nurturing the growth of all kinds of companies throughout various stages. And, while we recognize the valuable role our strong private market community plays in our country’s economic success, TMX feels strongly that these additional measures meant to “promote fairness” will actually skew the balance further.

The role of government should be to assist in building and fortifying an economy that works for everyone. Treating public and private companies on an even footing – whether with innovation supports or access to employee stock options – would be a great start.

Off the radar but with spectacular gains: Little-known stocks among the TSX’s top performers over the past three years
Subscriber content
September 26, 2019 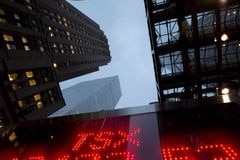 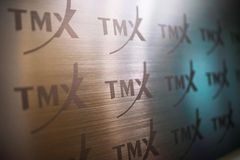