In a quiet Athens suburb, comfortably distant from the capital’s gritty centre, a tiny piece of the Greek economy is humming along rather nicely. It’s adding employees, a rarity in any industry in Greece, which has yet to recover from the decade-long shock that shrunk the size of its economy by a quarter.

Spitogatos.gr is the top property search site in Greece and Cyprus and is expanding into nearby countries. Its cheery office, complete with pet dog and espresso machines, is full of young Greeks – 55 at last count – tapping away at computers as listings flood in. At any one time, Spitogatos, which means “house cat” in Greek, has 360,000 properties on offer.

In 2009, the company was one of the first Greek digital businesses to raise startup capital from a venture capital fund. But only months after the cheque landed for €750,000 ($1.13-million), Greece went into full-blown crisis. The economy collapsed, youth unemployment soared to more than 50 per cent and the first of three international bailouts, designed to prevent Greece from going officially insolvent and crashing out of the eurozone, was rushed into place.

Spitogatos’s owners feared their business would not survive, even though they were convinced the company had a winning platform that could be exported pretty much anywhere. “In 2012, for the first time, I had to fire someone,” says co-founder, CEO and part-owner Dimitris Melachroinos, a 40-year-old Athenian with a corporate finance background. “Our clients were having a hard time and we were running out of cash.”

They decided to tough it out and funnelled their spare euros into an aggressive marketing campaign. The business stabilized, then began to grow as desperate Greeks listed their properties, many of them at absurdly low prices. In 2014, Spitogatos caught the eye of the owners of Immobiliare.it, Italy’s best-known property search site, which bought a majority stake.

Together, Immobiliare and Spitogatos are acting as industry consolidators, with the Greek side of the business responsible for expanding north into the Balkans and into the eastern Mediterranean. “We want to create the biggest property-search company in Europe,” Mr. Melachroinos says.

Spitogatos is both smart and lucky. It’s smart because it was well ahead of the competition in realizing that property ads would migrate en masse from newspapers to digital sites, with all their customer-friendly filters and photos. It was lucky to have survived the brutal Greek recession – depression, actually – and to have attracted Immobiliare as a partner.

But Spitogatos stands out because it is a rarity – a confident Greek company in expansion mode with the potential for international success. Greece is coming back to life, to be sure. But growth is modest, the economy remains fundamentally uncompetitive and many companies are struggling to remain intact, let alone grow. The banks, weighed down with bad loans, are still in rough shape more than a decade after the global financial crisis.

The official figures suggest Greece is well on the way to repairing itself, leaving no-growth Italy as the sick man of Europe. In 2018, gross domestic product was up 1.9 per cent, up from 1.4 per cent in the previous year. That’s not bad, but the figure was revised down from the Bank of Greece’s initial estimate of 2.2 per cent. This year, the bank expects similar growth to last year’s – modest, in other words.

Countries that crash hard sometimes shoot back to life almost as quickly – the so-called V-shaped recovery. That’s not happening in Greece. At current growth rates, a decade will pass before the country gets back to its precrisis GDP level. If growth rates do not improve, Greece’s enormous debt-to-GDP ratio – at 181 per cent, the highest in Europe – stands little chance of going into reverse.

At the same time, the unemployment rate, while well off its crisis levels, is still atrociously high. According to Elstat, the Greek statistics agency, unemployment stood at 18.5 per cent in February – three times the EU average; the youth jobless rate was 38.8 per cent.

Why is Greece not bouncing back quickly? Economists and business executives say the problem is two-fold: A banking crisis that is still in full swing, and economic reforms that are not as deep as advertised.

The latter has done Prime Minister Alexis Tsipras no favours. His radical-left Syriza party got trounced in May 26’s European Union elections, placing a distant second to the conservative New Democracy party. In response, Mr. Tsipras called a snap election for fear that Syriza’s losses would be greater if he were to wait until October, when the poll was originally to be held.

On the stock market, Greece’s banks have had a stellar year. But the investor optimism seems misplaced, in good part because official plans to lighten their burden of non-performing loans (NPLs) have yet to be approved by the European Central Bank and its bank oversight arm, the Single Supervisory Mechanism. At the end of 2018, some 47 per cent of Greek bank loans – equivalent to €82-billion ($124-billion) – were classified as NPLs.

Banks loaded to the rafters with NPLs don’t rush to make loans to businesses, big or small. Until the NPLs are reduced by, say, half, Greek growth will be highly constrained. “What we have is a credit-less recovery,” says Dimitris Malliaropulos, chief economist at the Bank of Greece. “Credit-less recoveries tend to be weaker than normal recoveries. The banking sector is not ready to supply the necessary credit to households and businesses.”

The Bank of Greece has two plans to help the banks. The first would see the Hellenic Financial Stability Fund, the bank industry’s clean-up fund, use government guarantees to back the safest bundles of loans, all the better to flog them to investors.

The second, more ambitious plan, would see the banks’ deferred tax credits, which were granted to the banks to offset losses taken in the restructuring of Greek government debt in 2012, transferred to a special purpose vehicle (SPV). The tax credits are an asset and would be used to back the sale of bonds that would be used to raise money to buy about half of the NPLs.

The banks were hoping that the SPV program would achieve liftoff this year, but with a Greek election coming in late June or early July and upheaval at the ECB – the hunt is on for a successor to President Mario Draghi, who steps down in October – all bets are off.

The wider economy needs as much repair as the banks do. There is no doubt that Greece is more competitive than it was a decade ago. Harsh austerity measures imposed by the “Troika” (the ECB, the European Commission and the International Monetary Fund) improved wage competitiveness by a quarter and Greek exports, in real terms, have climbed by about 70 per cent, well outpacing the euro zone rise.

But many other measures of competitiveness – taxation, ease of doing business, public administration efficiency, public investment, barriers to entry in many businesses – remain abysmal. For instance, public investment fell by €1.4-billion (2.1-billion) in 2017, evidently to free up budget space to give bonuses to pensioners and civil servants. The problem with one-off, politically motivated payments is that they deliver a short boost to the economy. Public investment in infrastructure provides a permanent boost to competitiveness.

Miranda Xafa, a Greek economist who is a senior fellow at the Centre for International Governance Innovation and a former member of the IMF board, says the country needs to elect a truly reformist government or face long-term stagnation as the population ages. “We went from an acute crisis to a chronic one,” she says. “The long-standing problems in the Greek economy remain unresolved.”

At Spitogatos, Mr. Melachroinos is counting on international expansion, not a sustained revival in the Greek economy, to keep his business rolling. “Yes, the economy is improving,” he says. “But we’ll never get back to 2008 levels again. That era was unreal.”

Editor’s note: An earlier version of this article said Miranda Xafa was the IMF representative to Greece. This version is corrected to say she is a former member of the IMF board.

Opinion
When Greece is outperforming Italy, you know the Italian populists have a problem Subscriber content
April 19, 2019 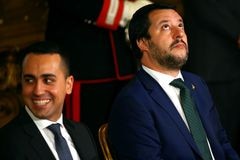 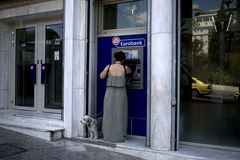 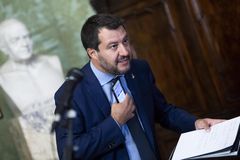