Mexico, with its lax environmental rules and poorly paid workers, was supposed to be the villain among the three amigos of the North American free-trade agreement. Not nice, neighbourly Canada.

The fantasy has now been shattered that Canada can secure something as good or better than the deal it already has. Bullied by Mr. Trump and betrayed by Mexico, Canadian negotiators faced a grim ultimatum this week – cave to a series of hardline U.S. demands or get hit with steep tariffs on autos that could plunge much of the country into recession.

A U.S.-imposed deadline to reach a deal came and went Friday, with negotiators still deadlocked on key issues, including U.S. demands to open Canada’s dairy market and Ottawa’s insistence on retaining an independent dispute settlement system. The two sides agreed to resume talks next week, even as the Trump administration notified Congress on Friday that it intends to sign a trade agreement with Mexico in 90 days, with or without Canada. ​

This uncomfortable spot was clearly not Plan A for Justin Trudeau’s Liberal government, which had initially hoped it might be able to get away with a relatively painless “modernization” of the 24-year-old trade agreement.

Ottawa is suddenly facing heat on the home front for getting Canada into this mess. Critics say the crisis would have been avoidable if the government had played its cards better in the nearly two years since Mr. Trump’s surprise election win.

Perhaps the government could have shown more willingness to compromise early on, making it clear it would offer concessions, particularly in the highly protected dairy sector. Or it could have pushed for a quick bilateral deal with the United States last year, giving Mr. Trump an early trade “win” and leaving Mexico to fend for itself. And once the die was cast for a full renegotiation of NAFTA with all three partners, Ottawa could have done a better job of managing relations with both the outgoing and incoming governments in Mexico. Finally, the Canadian team should have been more restrained in criticizing the Trump administration, epitomized by Foreign Minister Chrystia Freeland’s withering denunciation in June of the President’s trade and foreign policy in a speech delivered just blocks from the White House.

But several former top trade negotiators and advisers to previous prime ministers say it’s doubtful any of these tactics would have saved Canada from the crux of the current predicament. With hindsight, it’s easy to say things might have turned out differently. The harsh reality, they insist, is that Canada is in a near-impossible situation – negotiating a free-trade deal with an adversary who doesn’t believe in the basic principles of free trade.

“They don’t believe you can do an agreement where both sides win,” says John Manley, a former trade and finance minister who now heads the Business Council of Canada, which speaks for 150 of the country’s largest companies. “Everything is ‘what I get, you lose.’ That’s a pretty tough starting place.”

Derek Burney, a former ambassador to Washington who was involved in both NAFTA and the original Canada-U.S. free-trade agreement, says it’s way too early to pass judgment on Ottawa’s handling of the negotiations because the ultimate outcome remains unclear. Canada, he adds, has rarely faced such an erratic U.S. administration.

“Our guys are dealing with a President who nobody really knows what he’ll accept as victory,” Mr. Burney says. “I don’t envy the Canadian team because we never dealt with anything quite this bizarre in our time.”

If Ottawa is to be faulted, it is in being too polite and not squawking louder this summer as the United States and Mexico abruptly shut Canada out of the talks and struck a deal, according to Mr. Burney.

“It’s easy to sit on the sidelines and carp about what might have been done,” he points out. “But there is not much you can do when you’re being treated so badly by your largest trading partner.”

Even John Baird, foreign affairs minister under prime minister Stephen Harper, praised the performance of Canada’s negotiating team for standing tough against Mr. Trump in a tweet this week.

Opinion: A ‘win-win-win’ for Canada on NAFTA? Forget it

Trudeau must reach out to Trump to save NAFTA

In some ways, Canada is a convenient foil for the Trump administration, which wants to demonstrate to the world that the United States has no partners when it comes to trade, only adversaries. Invoking national security to put Canada at the top of a hit-list of countries slapped with steel and aluminum tariffs sent a clear message that the U.S. was determined to tilt the rules in its favour.

“We are dealing with an unprecedented administration, which is chaotic and unpredictable,” says Roland Paris, a professor of international affairs at the University of Ottawa and a former foreign policy adviser to Mr. Trudeau. “Who’s doing a better job? Japan, China, the European Union, Germany? I don’t see another country doing a better job.”

Others say Canada was too quick to agree to a reopening of NAFTA. Meredith Lilly, who was a foreign policy adviser for Mr. Harper, said Ottawa agreed to reopen NAFTA, even before Mr. Trump was sworn in. That allowed the U.S. more time to prepare and put Canada on a negotiating path that was never going to end well.

“This President has never been interested in the modernization of NAFTA,” says Ms. Lilly, an associate professor at Carleton University’s Norman Paterson School of International Affairs. “He wanted to increase protectionism in U.S. markets.”

South Korea, by contrast, secured a quick rejigging of its trade deal with the United States last year by bluntly asking the Trump administration what concessions it wanted, she points out.

But Ms. Lilly says she doesn’t know whether a similar strategy would have worked for Canada. And she concedes that Mr. Trump’s use of unilateral tariffs to push countries into submission has unfairly changed the rules of the game.

“The U.S. is negotiating NAFTA, but they are linking all these other things – steel, aluminum, autos and softwood lumber,” she says. “That’s not the accepted way that trade negotiations are done.”

Ottawa probably should have seen it coming that Mexico, the weakest of the three NAFTA partners, would eventually cave in the face of the United States’ divide-and-conquer negotiating strategy, according to Dan Ciuriak, a former deputy chief economist for Canada’s Global Affairs department.

But that doesn’t mean Canada could have done anything to stop Mexico from acting in its own self interest. When U.S. negotiators huddled with their Mexican counterparts this summer, apparently getting them to bend on key no-go areas for Canada, Ottawa’s only option would have been to completely fold. “To make concessions upfront to join the talks would have been to play into U.S. strategy,” Mr. Ciuriak says.

Canada is now in uncharted territory. Over the decades it has gone though multiple rounds of trade negotiations, with the U.S. and dozens of other countries. But it’s never faced an opponent so ready to wreak economic havoc – to itself and others – to get what it wants.

In the end, Mr. Trump’s erratic nature, not Canadian missteps, may be the x-factor that has made a deal so hard to reach. Mr. Burney, who was prime minister Brian Mulroney’s chief of staff during the original Canada-U.S. FTA negotiations and ambassador to Washington during the NAFTA talks, says there were always dark days. But throughout it all, Mr. Mulroney knew he could trust presidents Ronald Reagan and George H. W. Bush.

“You’re not dealing with a rational character at the other end,” Mr. Burney says of Mr. Trump. “The difference you had in my day is that at least the relationship at the top between the leaders was positive.”

And the challenge of dealing with Mr. Trump remains unchanged as the two sides resume talks next week. The U.S. President insisted in leaked off-the-record comments Thursday that he’ll only do a deal with Canada that is “totally on our terms.”

That hard line makes reaching a deal all the more difficult.​ 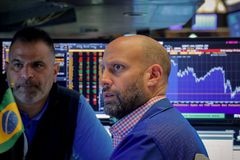 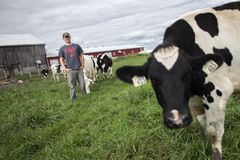